After listening to our audience in the forums, we’re making our own fighting faster and more immersive than what we’ve shown in the past. This video is unpolished internal footage from one of our devs, showing three changes to our melee combat system: much faster combat, more dramatic reaction animations, and more visible FX. We’re also showing ten new powers in a new powerset. 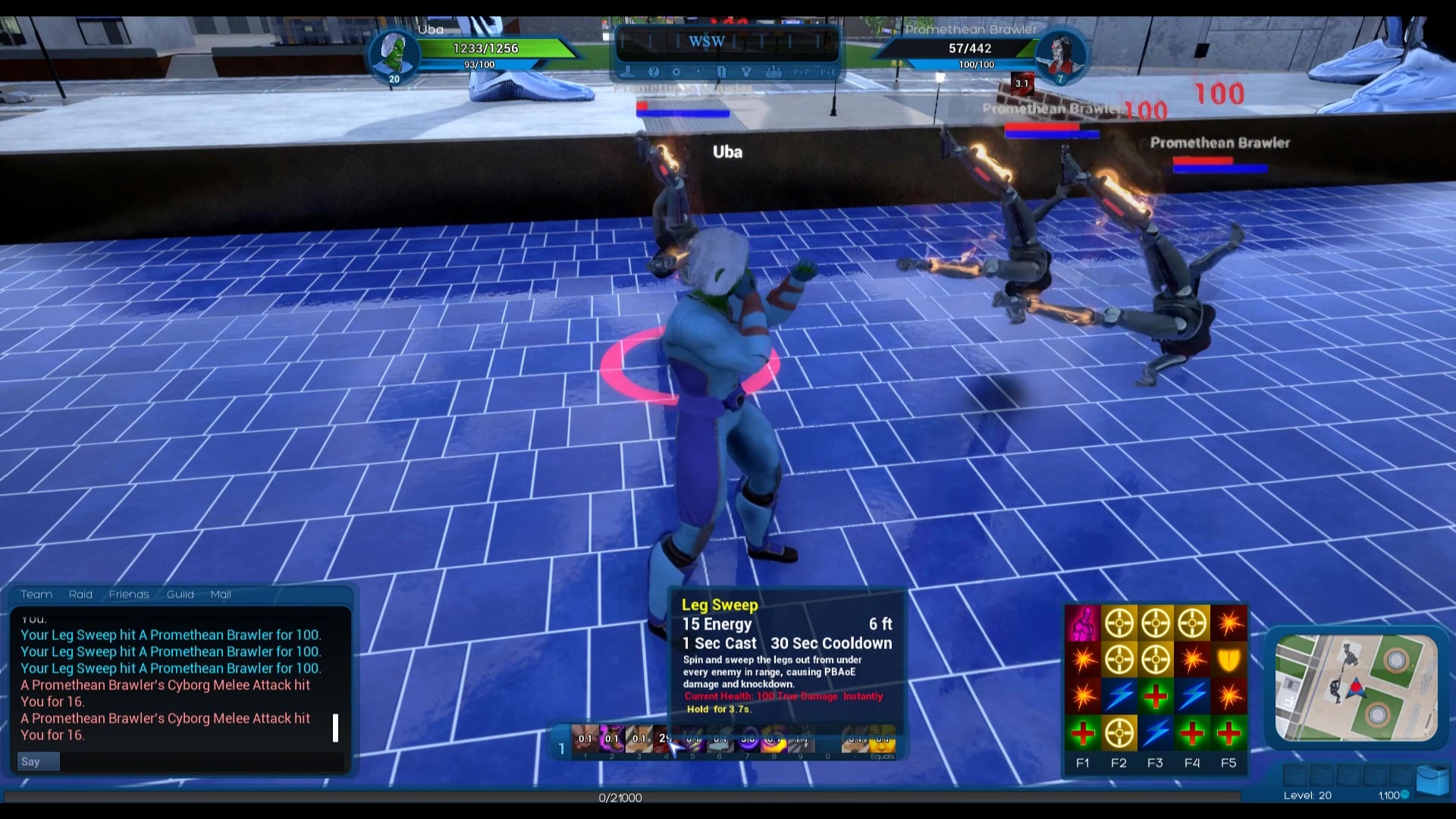 Being able to fling several opponents back a few feet can give a player breathing room.

This is what we call a developer video – the footage was prepared by one of our devs to share the current combination of animations, FX, and combat speed with the rest of the team. Everything you see is the current game version, shot inside the game, exactly as you would see it if you were playing alongside us. And of course, everything will still get more polishing. All of you, our community, have asked us to share this kind of in-progress video content, so you can enjoy the process of creating this game and give real feedback. We’ll be watching the forums for your thoughts. 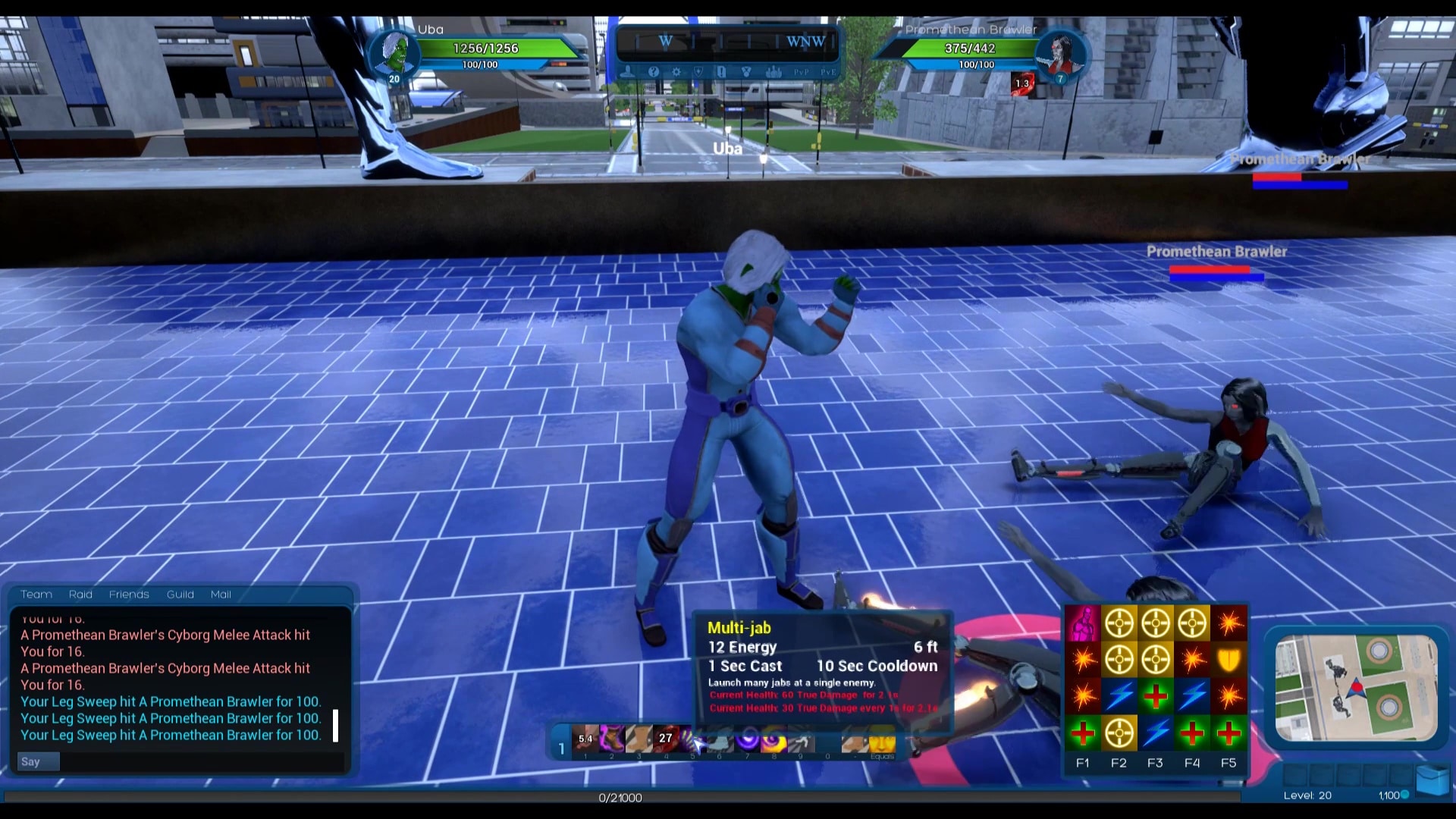 In this video we’re showing a protracted fight with three evil Prometheans. The fight is somewhat longer than normal because we want to show off all ten powers in the powerset, but the battle is also more quick-paced, especially compared to MMOs developed more than ten years ago. There are a variety of new reaction animations in play for both sides of the fight. We’re also showing the new Roll Away power, which allows a melee fighter to roll out of melee range, recover, and buff his defense. This sort of thing gives a melee player more mobility in combat. A skilled player can even roll and use taunt to reposition his enemies during a fight, which can be a crucial advantage. 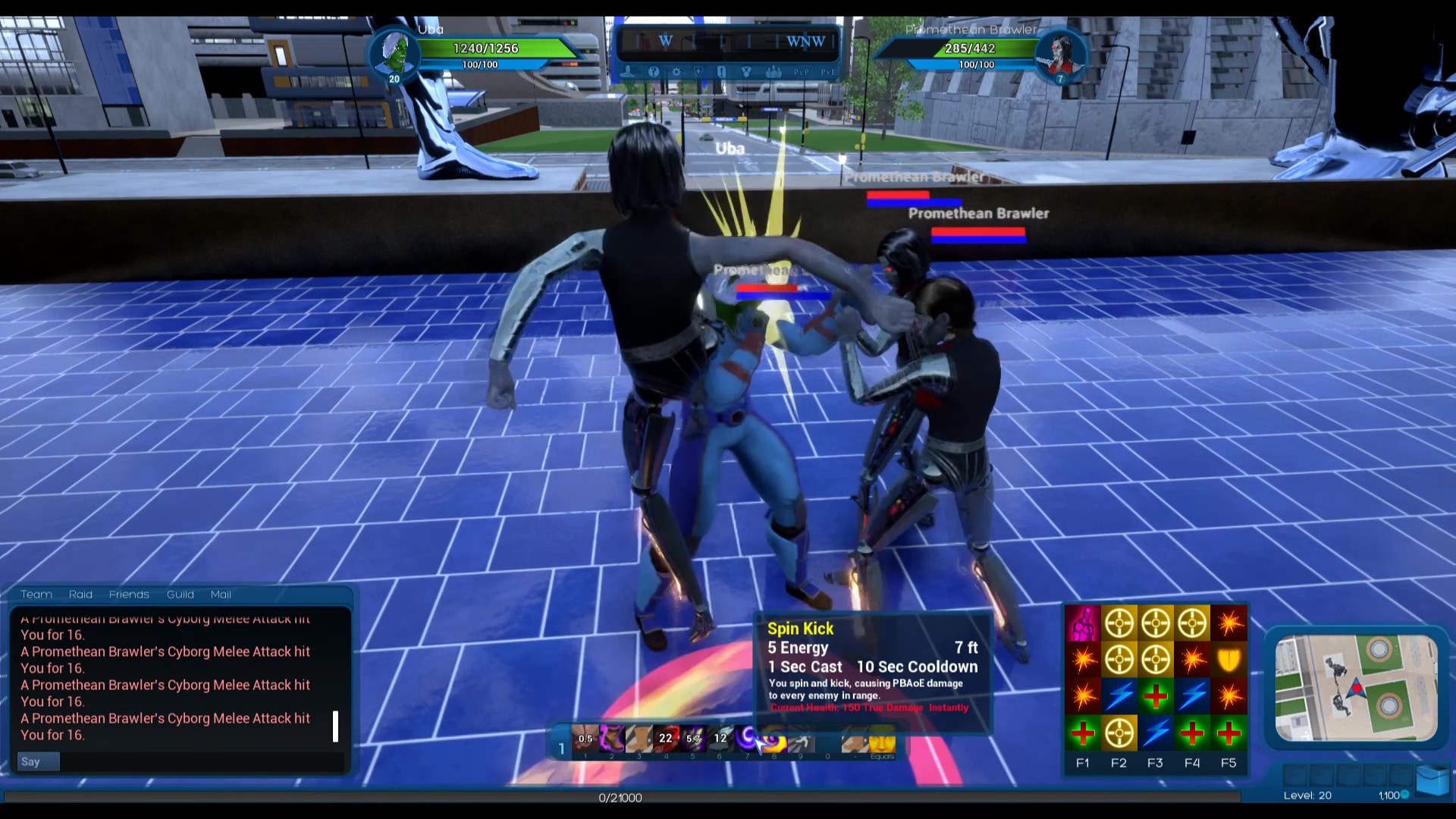 The Prometheans don’t stay down for long, though…

Our next big thing will be a Combat Beta; we did our first Combat Alpha in 2017. The Beta will be an invasion test in which a large group of heroes, hopefully organized into multiple teams, resists and pushes back against a large force of Nagdellians. 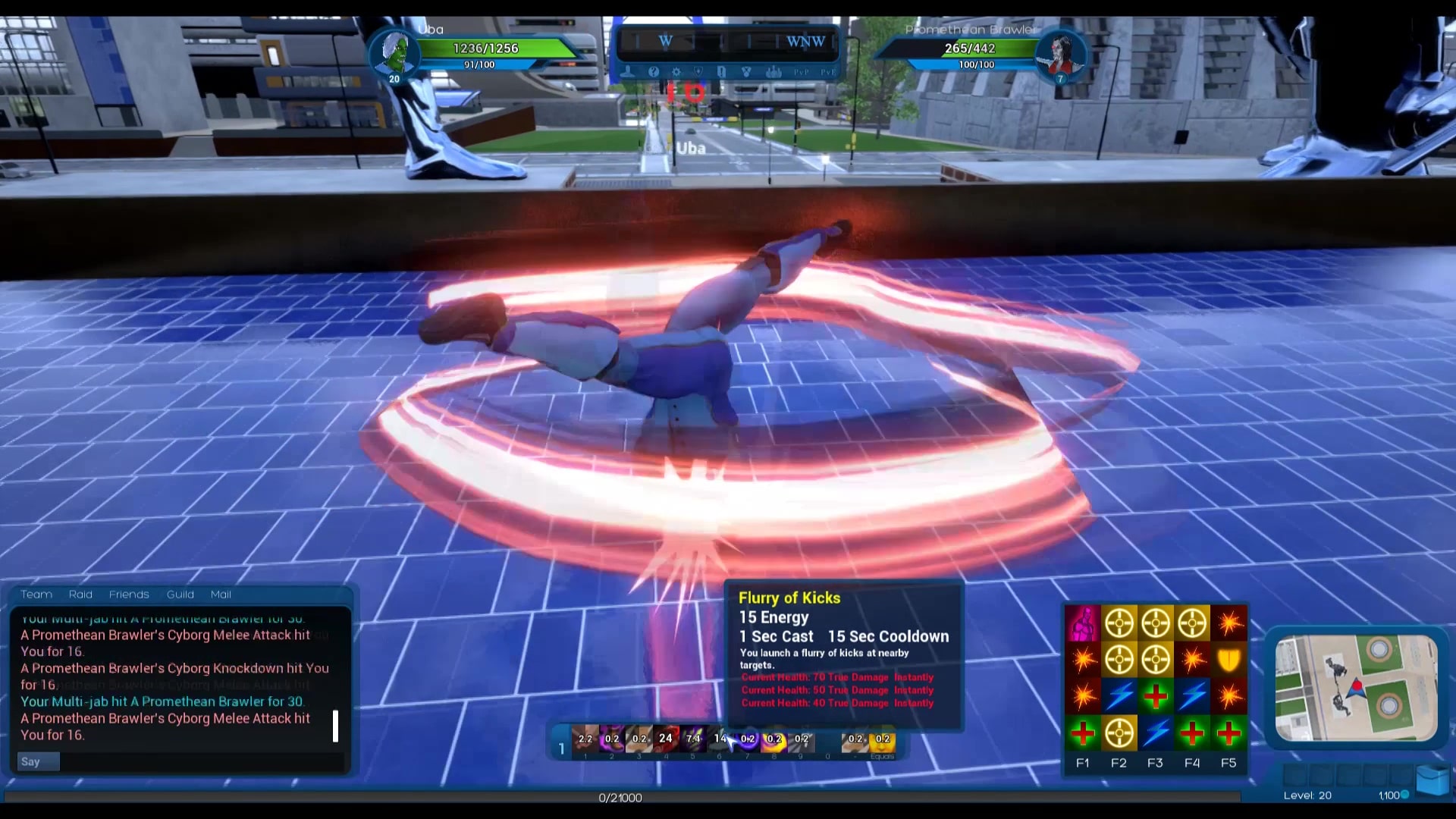 And they said break-dancing would never be useful! Ha!

During the invasion, we plan for participants to be able to use previously-created characters, or to create new characters. We plan to show off six melee powersets which are either in development now or have been previously revealed. The six are:

There are also ranged damage, bugging/debuffing/healing powersets, and at least one control powerset scheduled for launch. Two of the melee sets, Martial Arts and Street Fighting, deliver unarmed combat powers. All of the powersets play differently, have unique appearances, and different animations and FX.

Martial Arts isn’t just about kicks and punches! Buffing yourself is important, too.

So please stay tuned and give us your feedback on the game. There is a lot more coming this year, and we want to hear from the community so we can deliver the best possible game.

1. The hero in the video is Uba, newly created by one of our dev team. Keen observers will notice that he has a new pointed ear model that is now available in the CCT, as well as a new hair look.

2. We’re focusing on player abilities at the moment, so for now, the enemies in the video only have three attacks with animations. They’ll get more variety later.

3. Each melee powerset looks and plays differently. For example, some sets have a “leap to combat” power, including Dual Swords and Spear. Others do not, like Street Sweeper and Martial Arts. Try them all out and see what fits your playstyle!

4. Knockback animations are advancing a lot. Players can gain resistance to knockback from multiple sources: from their choice of archetype, from some powers as a feature, from some powersets, from some special enhancements, from other players as a buff, and as an infusion temporary effect. Resistance is generally additive across many sources.

Impact animations make a lot of difference in melee combat.

5. This video was recorded by one of our devs in the editor, as is our norm for development videos. But the server version works too, and this video illustrate exactly the way a player experiences the game.

6. This is the first video that we have published in the latest version of the Unreal Engine, 4.24.1. We accomplished an engine upgrade successfully in January