We've been working hard to set up another Ship of Heroes Beta event, and now the time is approaching.  We have wanted to show off a full mission arc for some time, as well as some other missions.  It did take longer to bugfix than we had hoped, but you can expect to try out these missions in late June or July.  We are showing off the first Iris mission arc, which has several branching choices that can interact in complex ways – more on that in a future newsletter. 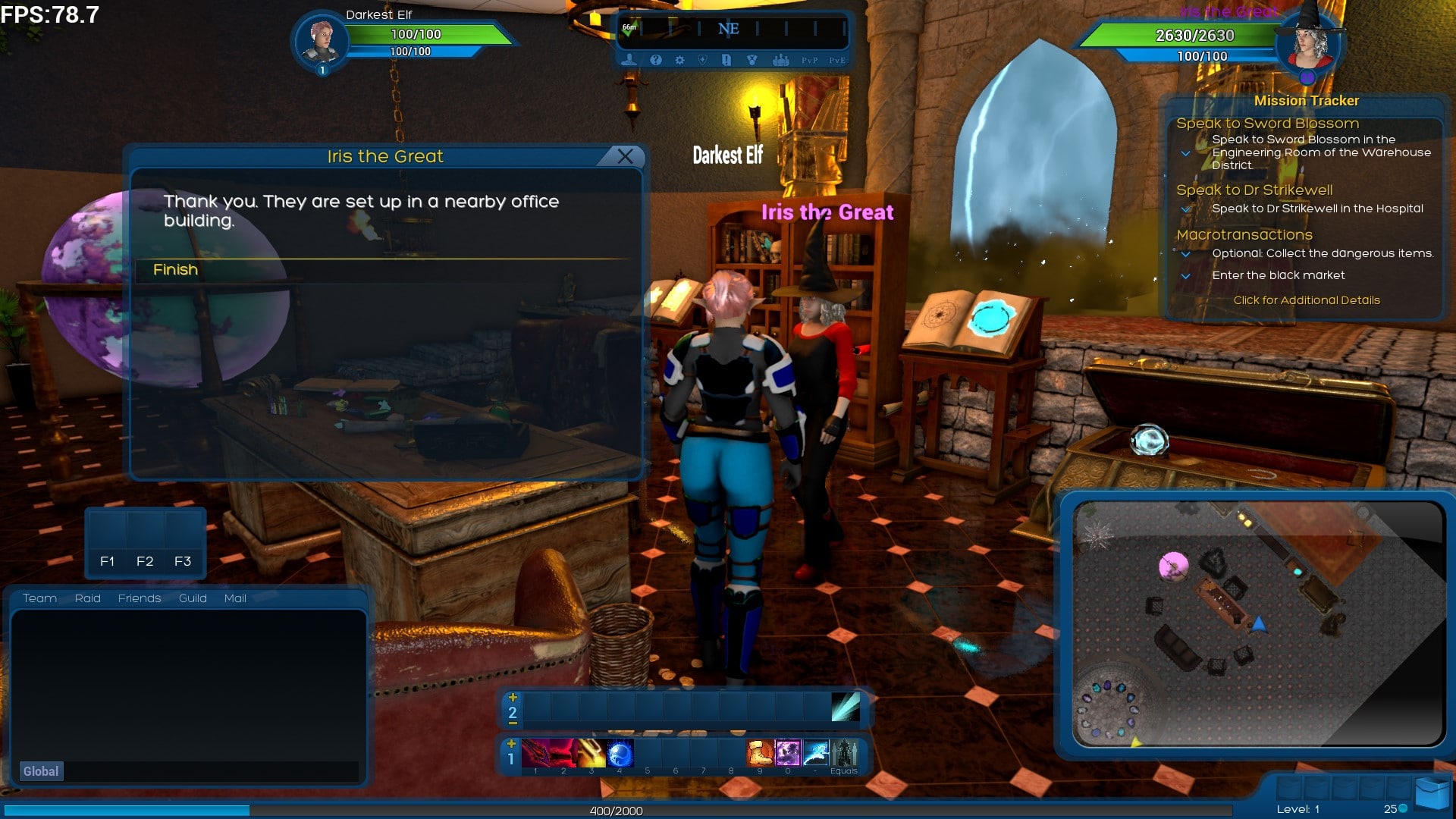 The Red Sigil will feature heavily in the upcoming event.

Iris is the archmage of the Mage’s Guild, and this arc includes some of the magic and the sci-fi elements of Ship of Heroes.  Some supporters may be invited in a little early to do preliminary team-testing, since we only have a limited number of devs. 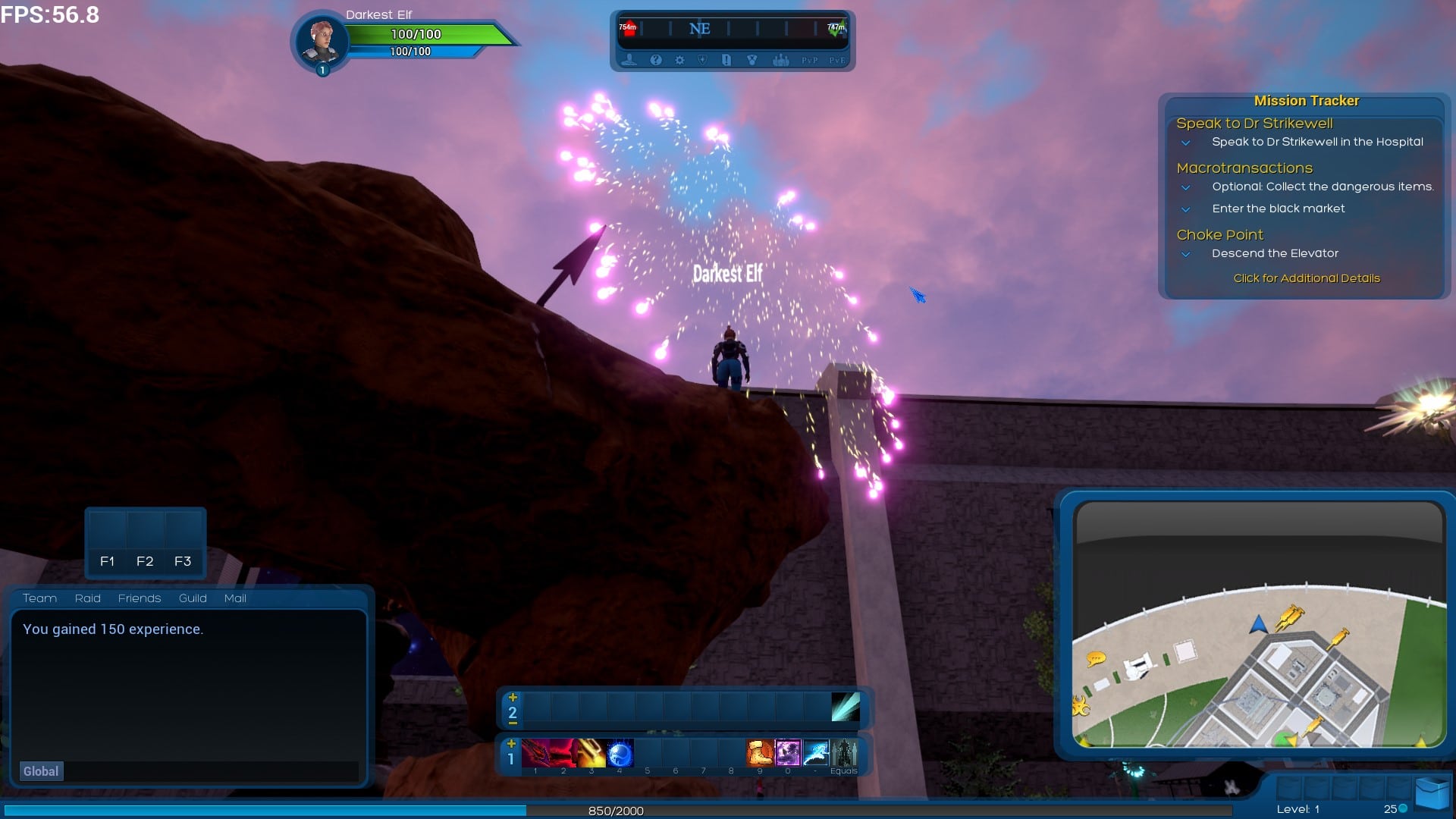 We’ve finished just in time to celebrate the summer, too!

In the past, we’ve let thousands of supporters create characters, come into Apotheosis City and run around, fight, test their powers, gather loot, and generally have fun. This time, there will be even more to do. Eight real missions will be available to play. You’ll be able to create characters in the CCT with many new costume options, and also run around in the Snow Lair, which is a Christmas-themed map with presents and monsters, some weather, and heavy snow. And you’ll see upgrades everywhere, from the Mage’s Quarter in the northeast part of the city to several new and interesting mission maps. 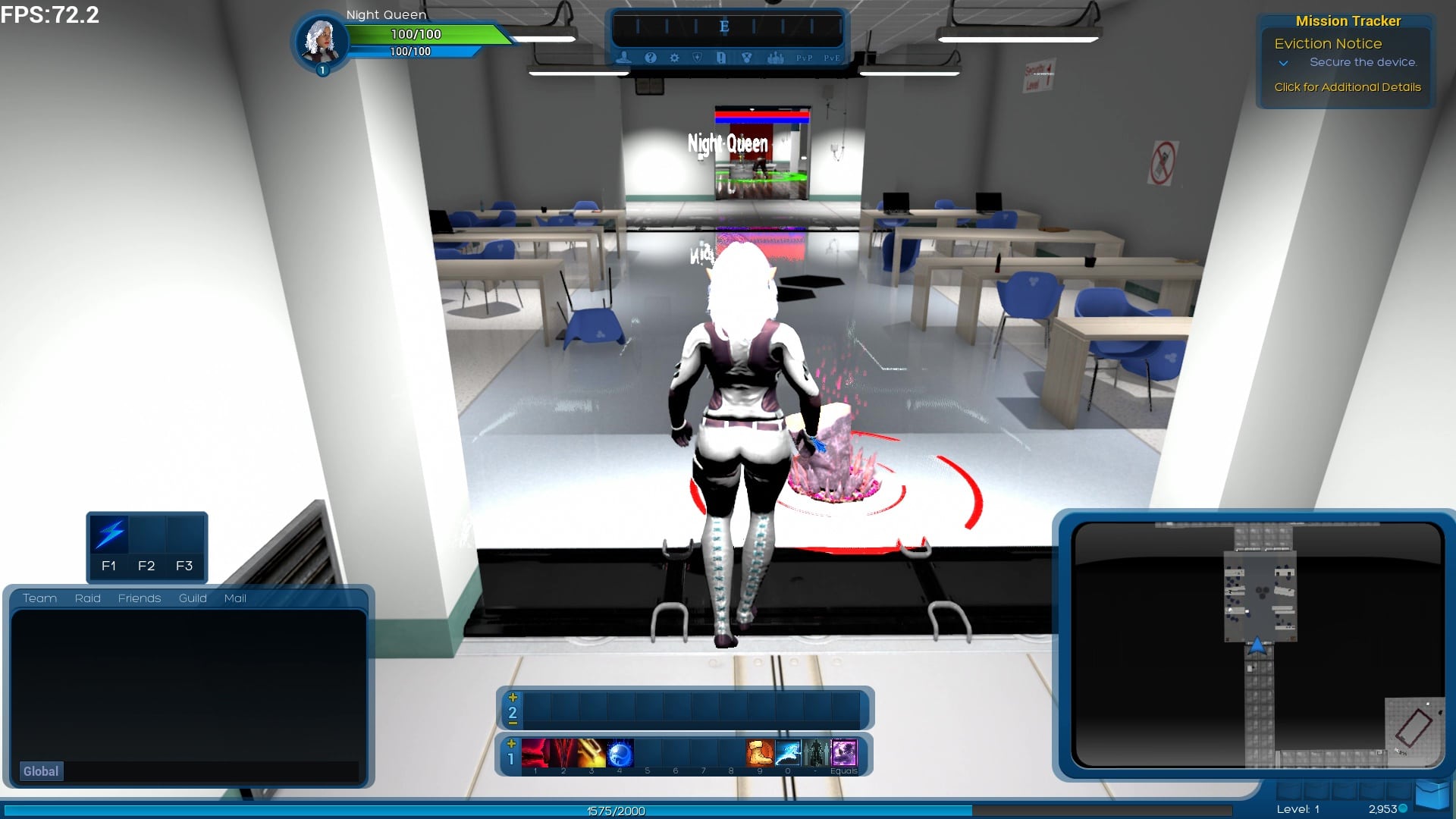 At the same time, we’re steadily adding to the game mechanics and content. The biggest addition this time is traps. Currently, most traps are delayed explosions that trigger when a player moves nearby. Keep an eye out for suspicious objects in missions; you only have a few seconds to back away and avoid getting hit. Traps don’t do enormous damage, but they can add up during a fight… of course, a clever hero may be able to lure enemies into the explosion instead. 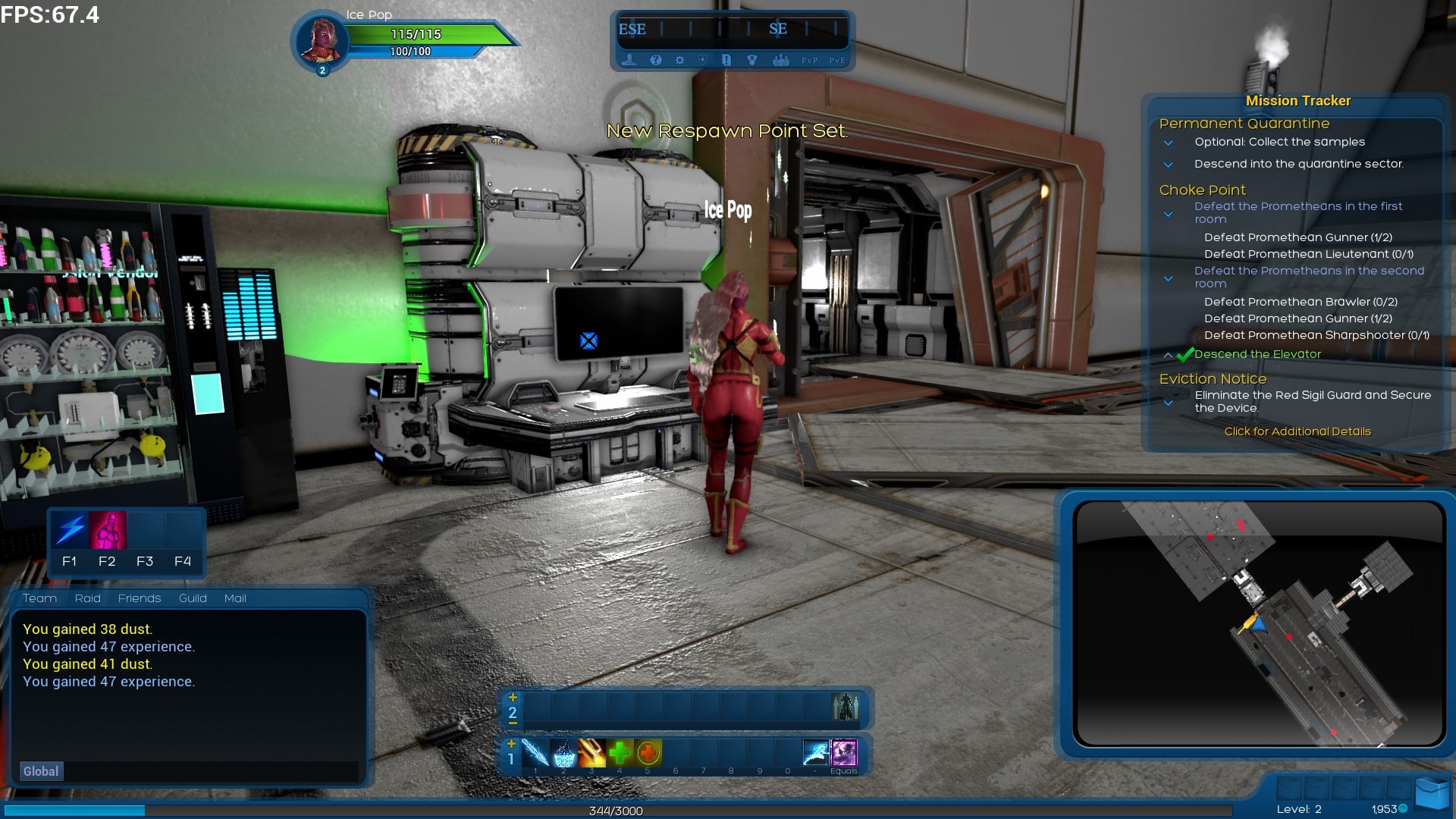 If you respawn, then it’s good to pick a point next to a vending machine that sells infusions.

The other big addition is multiple respawn points inside mission maps. Look for glowing computer screens in convenient spots. Right-clicking one will tell the ship to respawn you nearby if you die, instead of making you walk back in from the map entrance. In many missions, we intend to have an automated infusion vendor in the vicinity too. Convenient, if you need a pick-me-up before heading back into the fight. 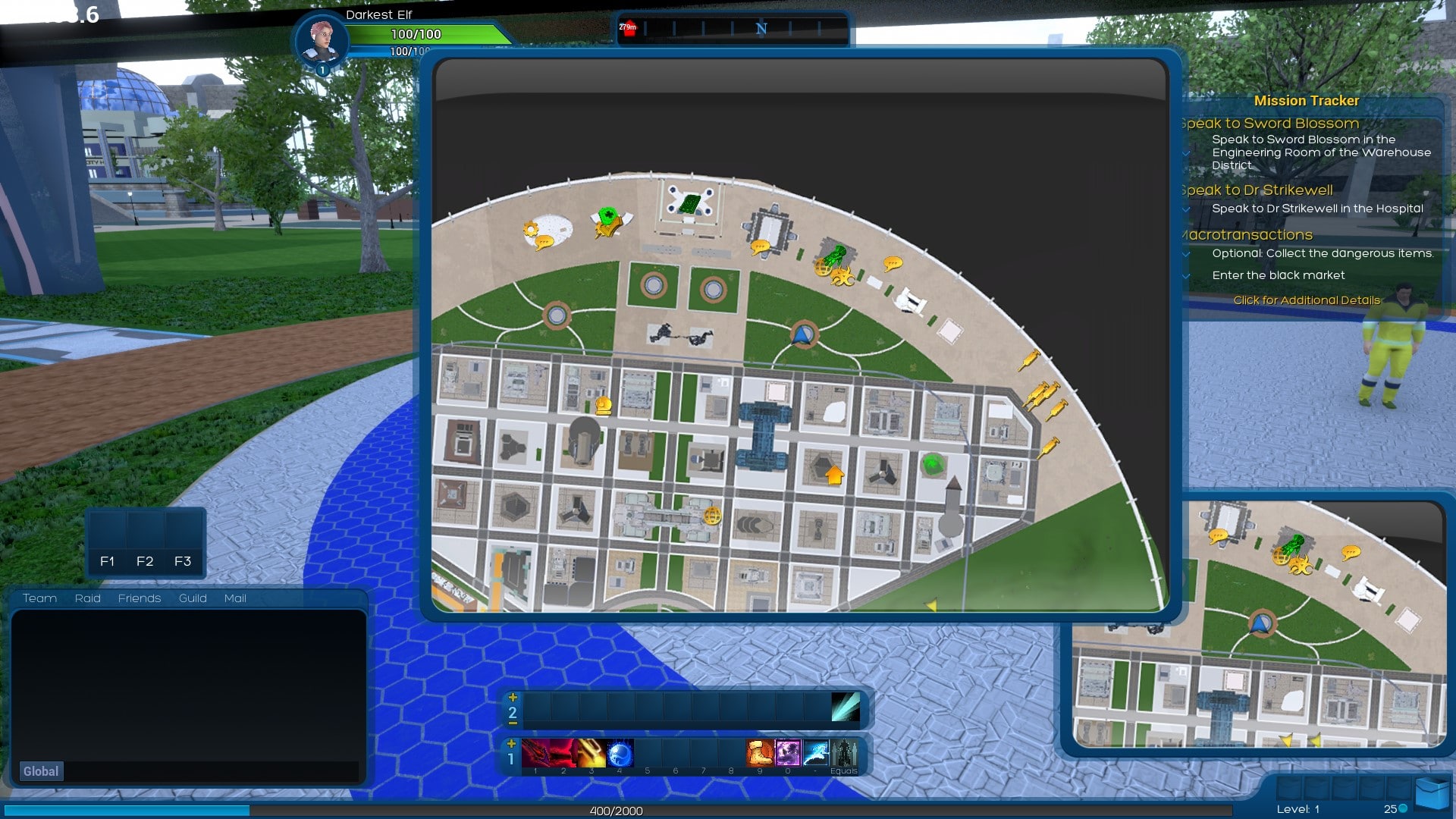 Most NPC vendors and major buildings are in the far north. Take a look around!

We have added several quality-of-life features as well. M opens a large map of the current area. Another way to navigate is by using the compass at the top of the screen; mission objectives for the active mission will show up here. 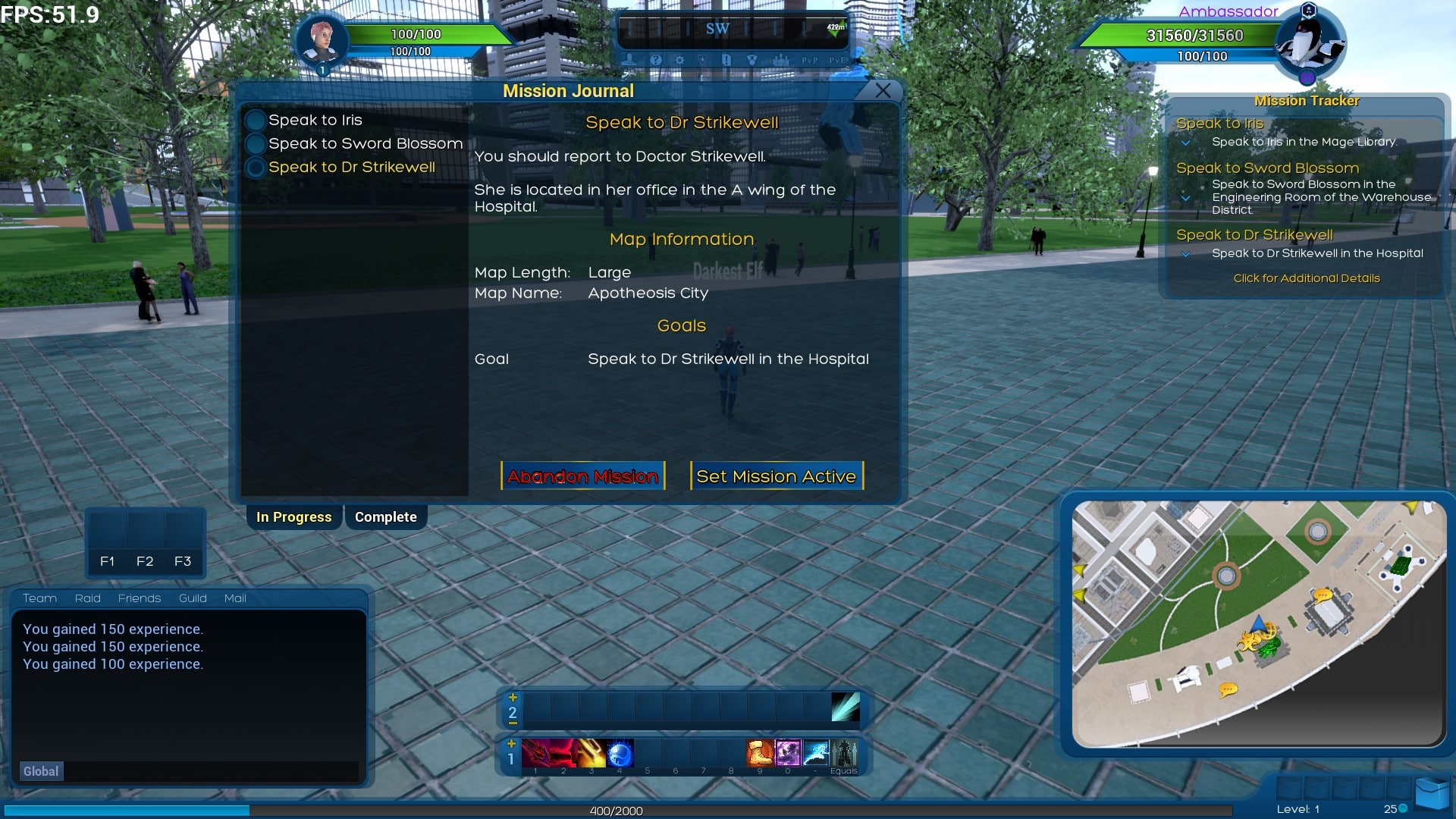 There’s a summary here in case you ever forget why you were beating up the guys in red robes.

You can press J to open the mission list and select which mission is active. You can also click certain locations and NPCs on the large map to set a compass waypoint, which is useful for navigating through the streets with travel powers.

It is worth mentioning that the new content now works well for all of us in testing, with a current bug list in the single digits. Still, we know that different playstyles, different computer rigs, and different behavior in-game will reveal additional bugs. Our forums will have a section for all bugs to be identified and described. We’re really looking forward to hearing what all of you think. And we’re going to use this event to refine some elements of what Epic Games calls replication graph technology, which allows a given mission map to be stored in memory once and used for multiple teams in separate instances. This can significantly expand the range of mission content we can create. 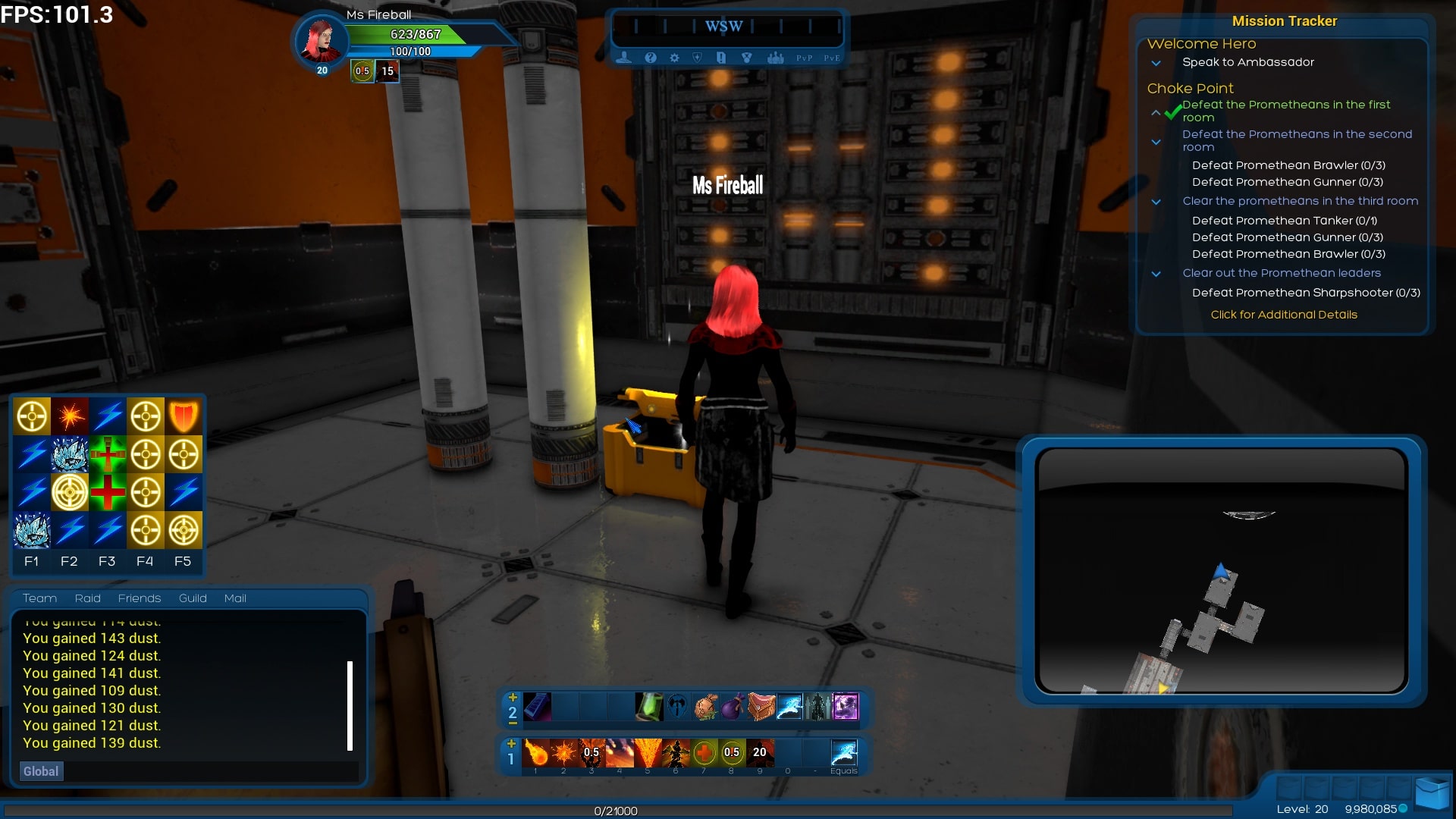 Things like enemies and treasure are added separately for each team doing the mission.

We’ll explain more about the upcoming event in our next newsletter. Stay tuned, because every week we get a little bit closer to launch.

Every week we add a new little touch to the game somewhere.