The Design Studio is Revealed

The Design Studio is Revealed.

The Ship of Heroes Design Studio is our setting for showing off costumes that we have designed and integrated into Ship of Heroes.  For the first edition, we have chosen to reveal the costume for one of our first NPC Heroes, Sword Blossom.  Sword Blossom is a ninja who specializes in melee fighting.  She will give missions to new player characters, and also a task-force from her spot in Apotheosis City.  Each piece of her costume is a custom creation designed to reflect her personality and combat style.  Her costume (without weapons) is shown below. 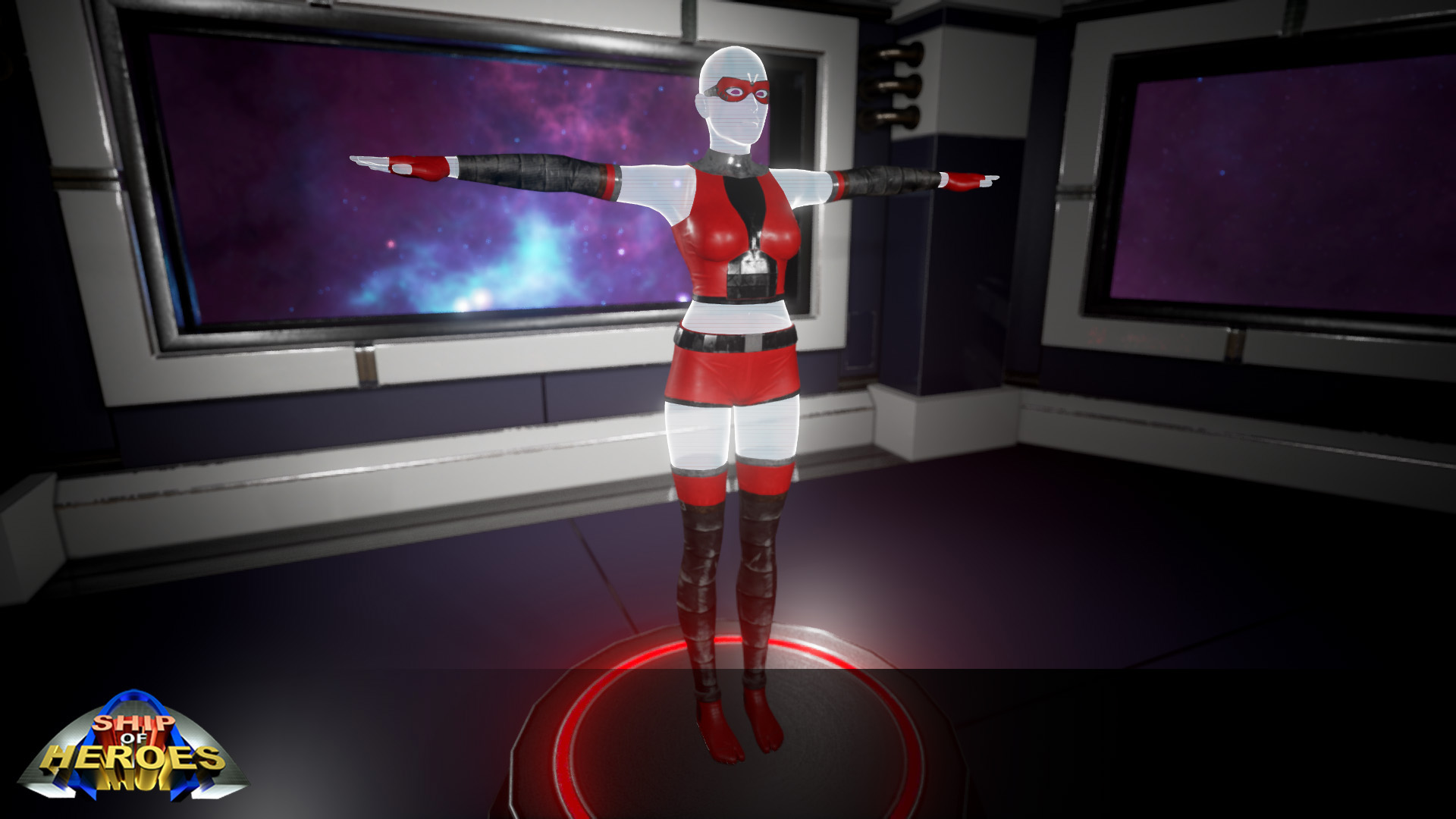 In the Ship of Heroes character creator, the colors of a costume can be varied quite a bit – we’ll demo an early version of the character creator soon.  Sword Blossom’s costume has pieces for her face, arms, hands, chest, belt, lower, legs, and feet.  Each piece has been individually created and is a 3D object with volume – we are not just dipping our characters into buckets of virtual paint and calling that “pants.” 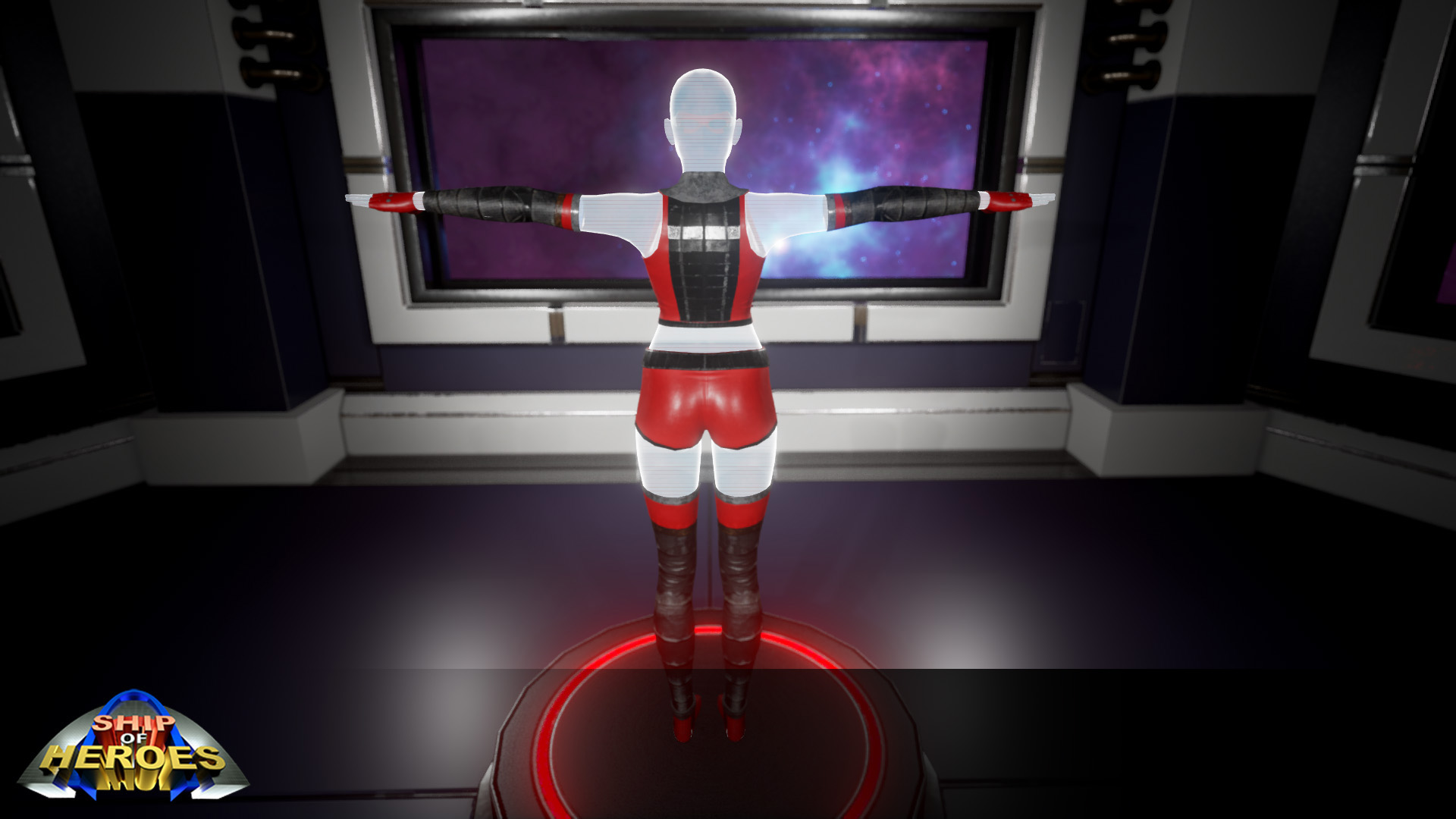 The back of Sword Blossom’s outfit has specific details that reflect her personal combat style and powers.  Each of the Ship of Heroes NPCs will have a personalized costume that reflects their individual style and role. 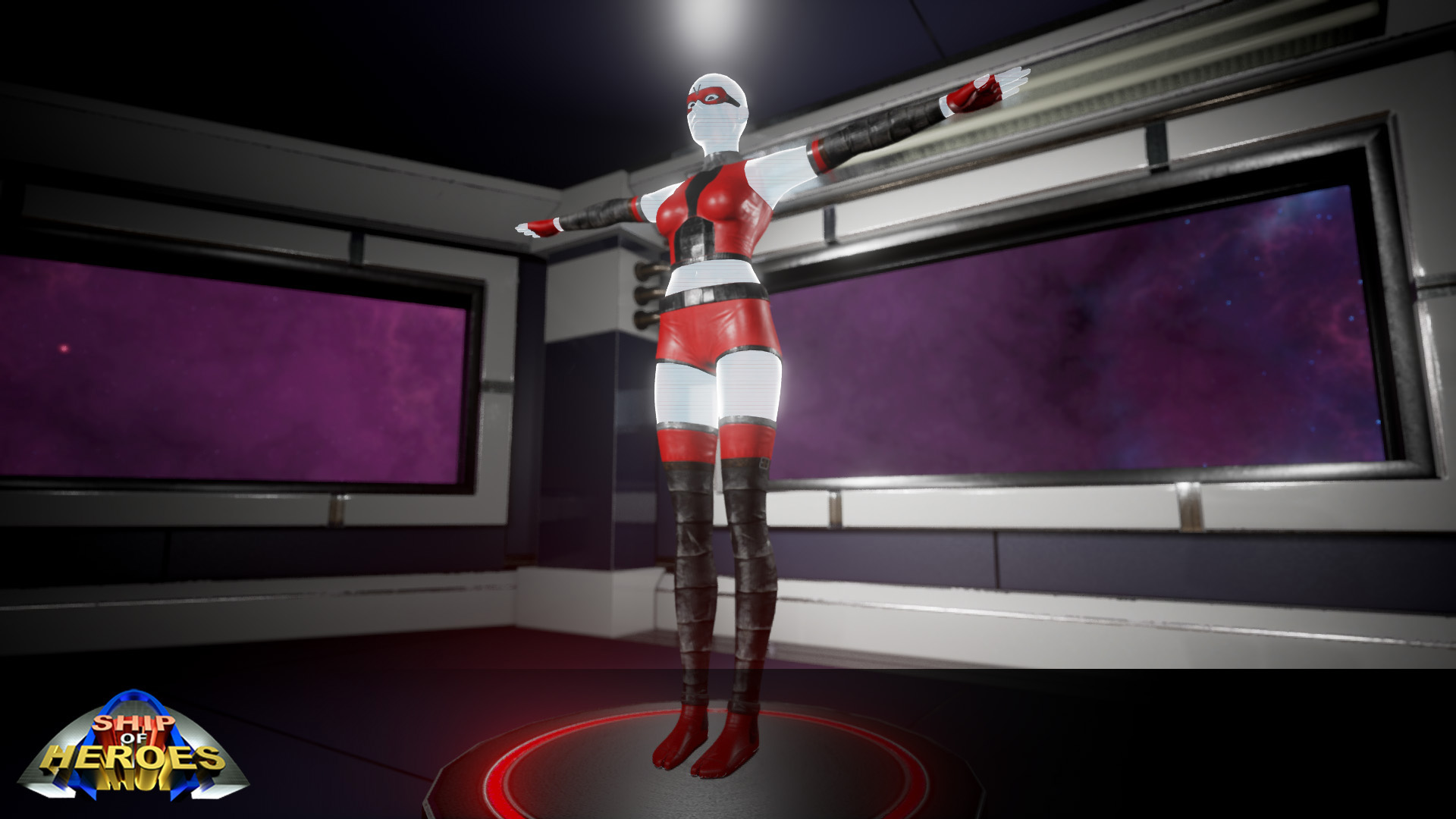 We’re building the first costumes in parallel to the character creator, which we’ll be showing off in the next couple of months. Sometime after that, we’ll add customizable weapon appearances to the character creator – right now Sword Blossom pulls her swords out of thin air, which is cool, but not everyone will want to do that. 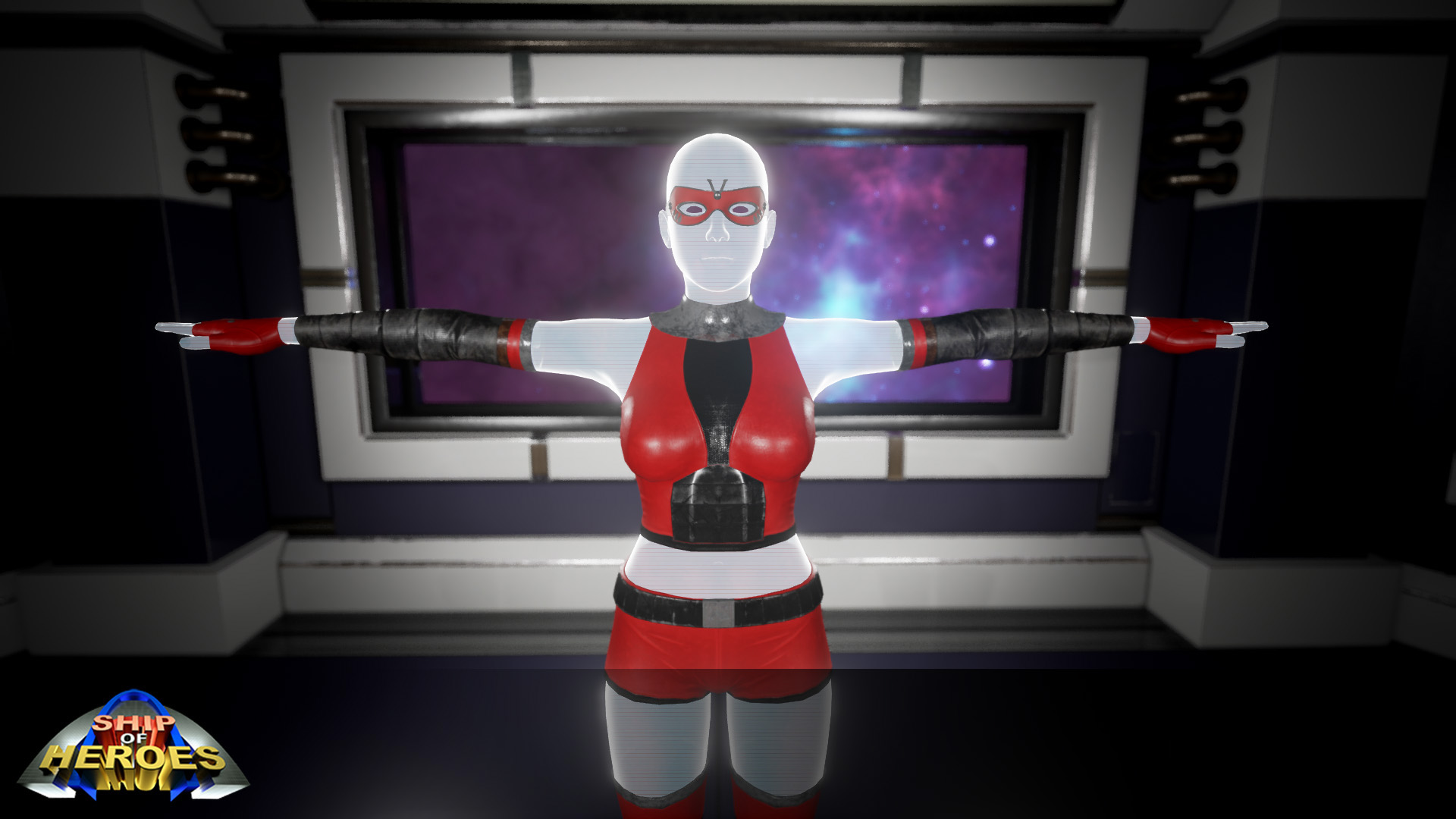 The Unreal Engine is a really powerful platform for character art and props, among other elements.  When you look at Sword Blossom’s costume you can see that it looks far more real than what was available in other games a decade or so ago, including City of Heroes.  Her mask is both functional protection for her and a fashion statement.  Sword Blossom likes silver as a metal adornment, so silver filigree is an element in her mask.   Seen from up close, her gorget does not look like it is new – it is worn from everyday use because she wears it almost every day. 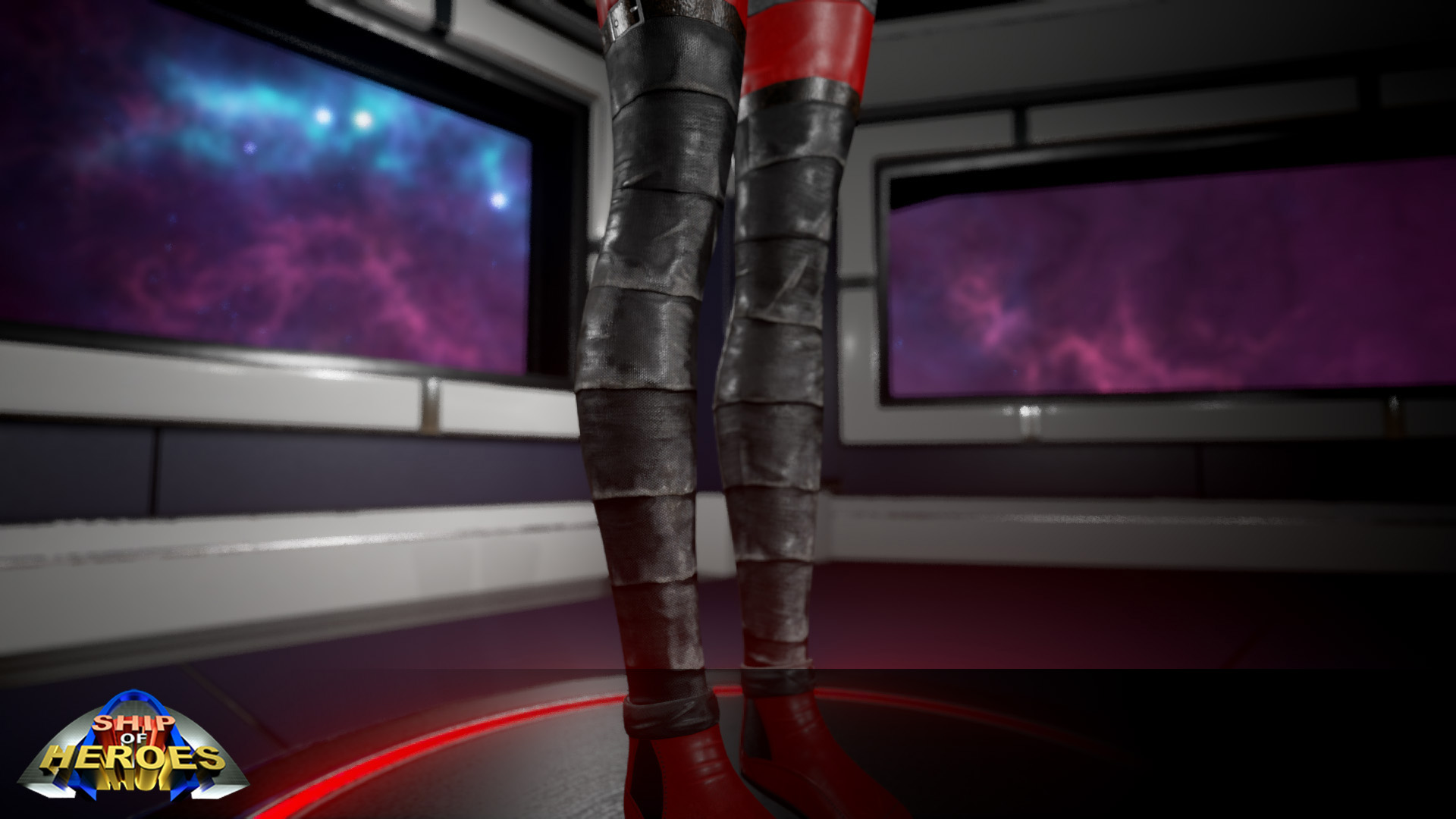 The leather wraps on her legs and arms are similarly detailed. There’s a slight wear pattern at the overlap points, as if she has kicked a thousand bad guys with those legs – because she has.  Of course, the material is not just leather.  It’s a futuristic composite material that protects the covered and uncovered portions of her body, so that a hero can wear light armor and look good at the same time!  Does it also breathe like Chinese silk?  We’re not saying…. 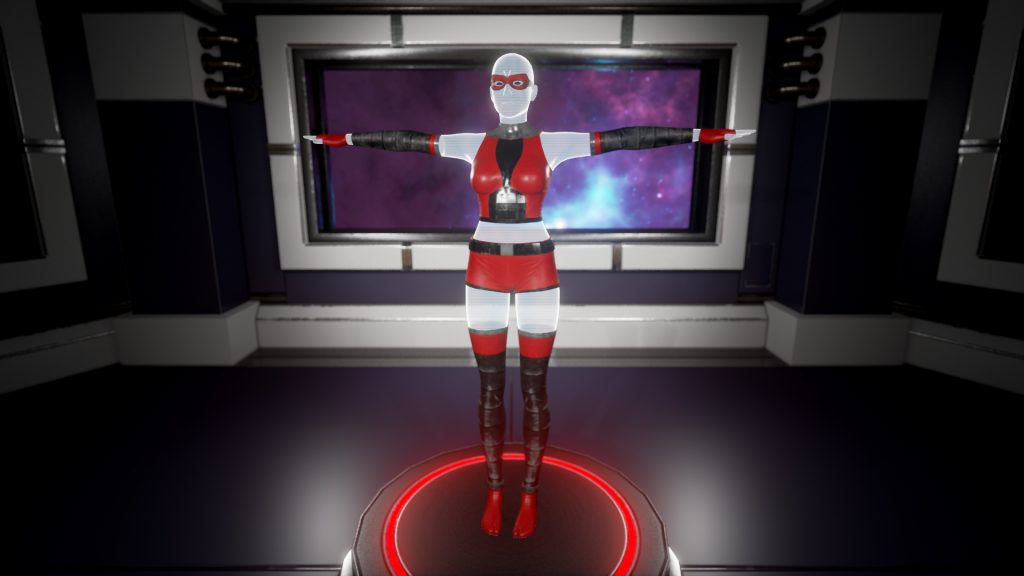