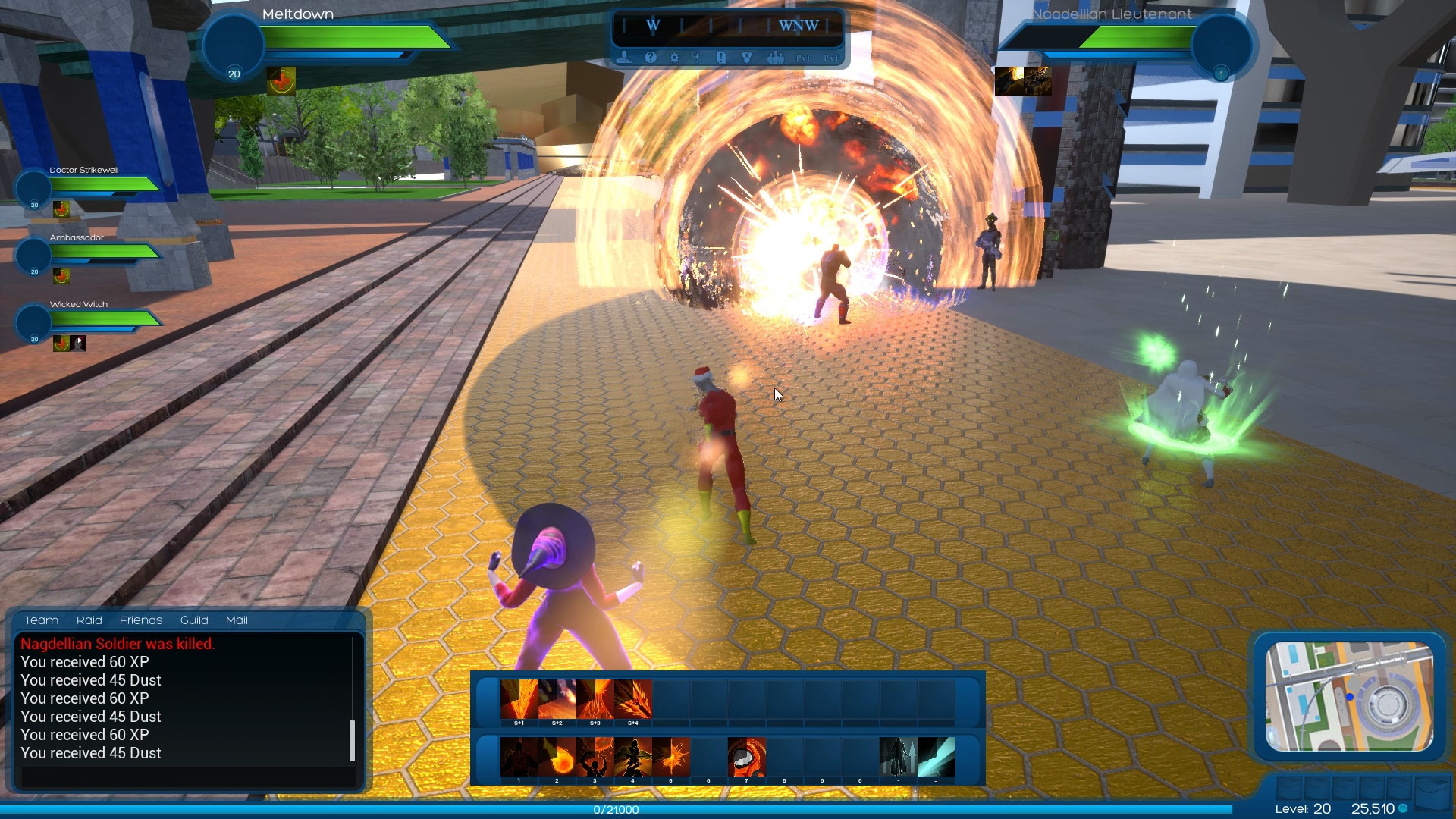 The combat alpha will consist of a series of escorted alpha tours. In each tour, 2-3 devs will form a team with 3-4 of our donors, supporters, and members of the press. Together, we’ll run through the Science Park area of Apotheosis City and fight a series of enemy mobs. We’ll be recording, and possibly livestreaming, during at least one run.

Before we bring supporters into the alpha, we are testing it ourselves with teams of just devs. This newsletter has a series of still images from one run that four devs made earlier this week. 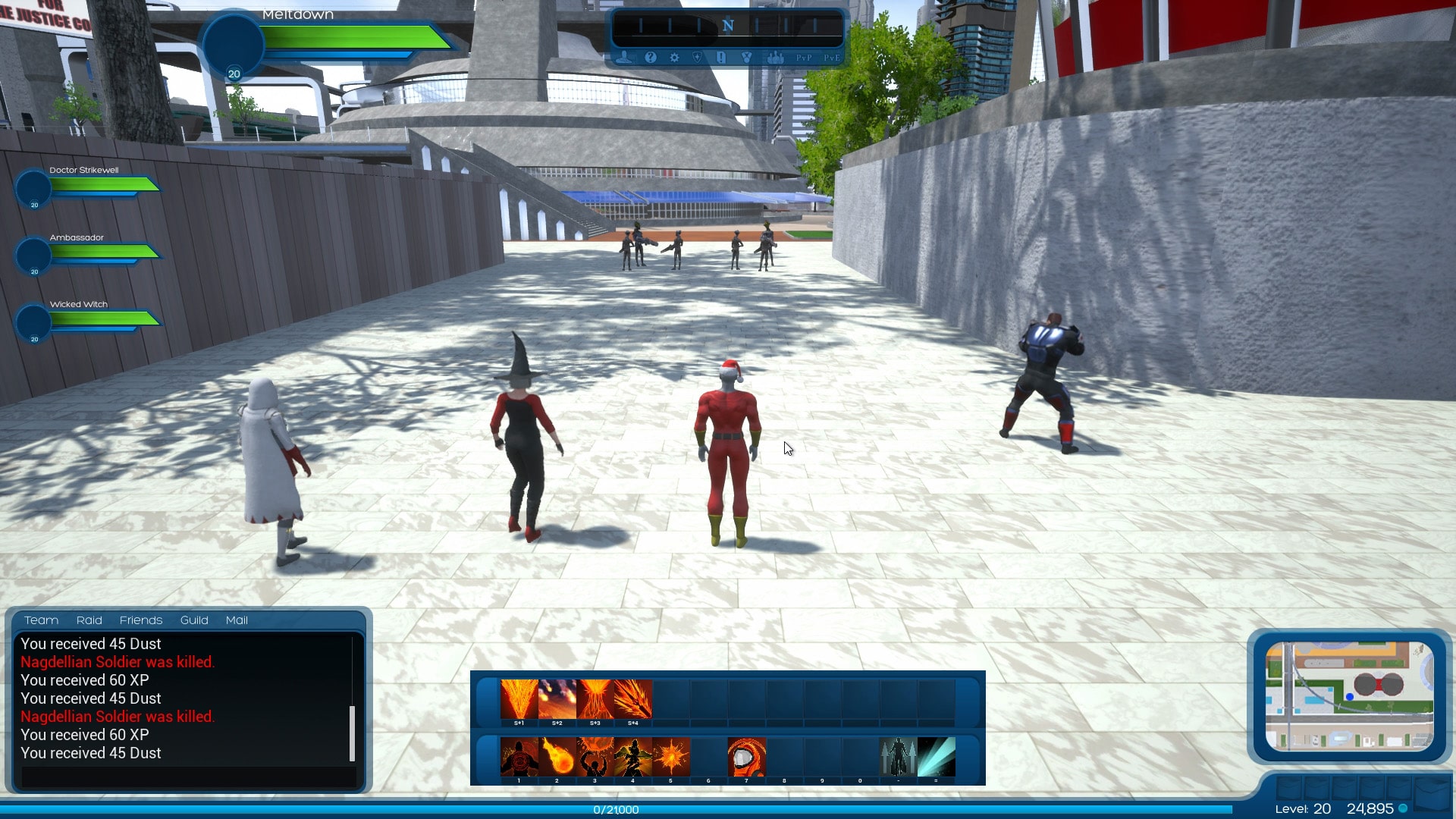 ​We’re testing in Apotheosis City, with all of the visual settings set to maximum, with shadows turned on, etc. In our tests, the FPS is very good.

These combat runs are part of an ongoing effort to keep our community informed and involved. This will be the first of several opportunities for supporters to actually play the game and give feedback directly to the dev team, both during the alpha and on our forums.

We’ve shown these powers individually in powerset videos. Now you will see them working together in the alpha.

An alpha test is more than just the first shot at playing Ship of Heroes – it is real work, and we appreciate the help we’re getting from our supporters.  This is not a balanced combat scenario.  Instead, we’re testing how people think combat should “feel” in Ship of Heroes, and we have deliberately eliminated some important elements for now.  For example, accuracy is set to 100% for both players and enemies, so every attack will land. 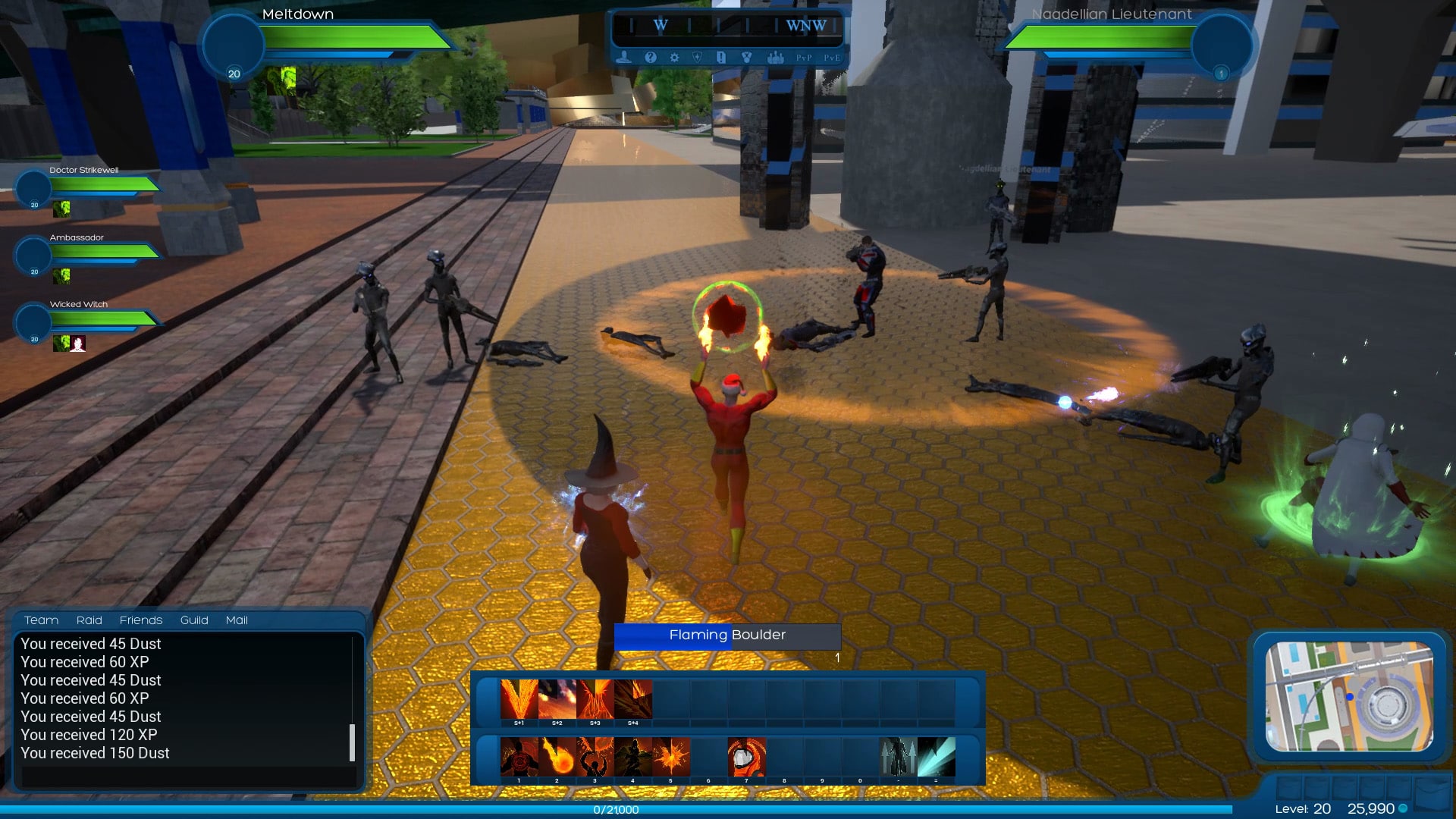 We’ve made a set of UI improvements. More power trays (lockable), adjustable size and location for the UI elements, and more!

In many MMOs, combat against a mob of enemies is brief – 5 seconds, give or take. Instead, we’ve set the difficult level to provide fight durations in the range of 20-30 seconds so that videos of the fighting will show more action, and allow players to exhibit more complex tactics. You’ll see a tank doing his thing, a healer doing her thing, and four damage-dealers contributing most of the hero offensive power. In our tests, the dev team did get wiped out a few times. We do not expect ordinary combat in SoH to be as challenging as these fights, and we’re considering doing some runs at an easier difficulty that would represent street-sweeping rather than a boss rush. 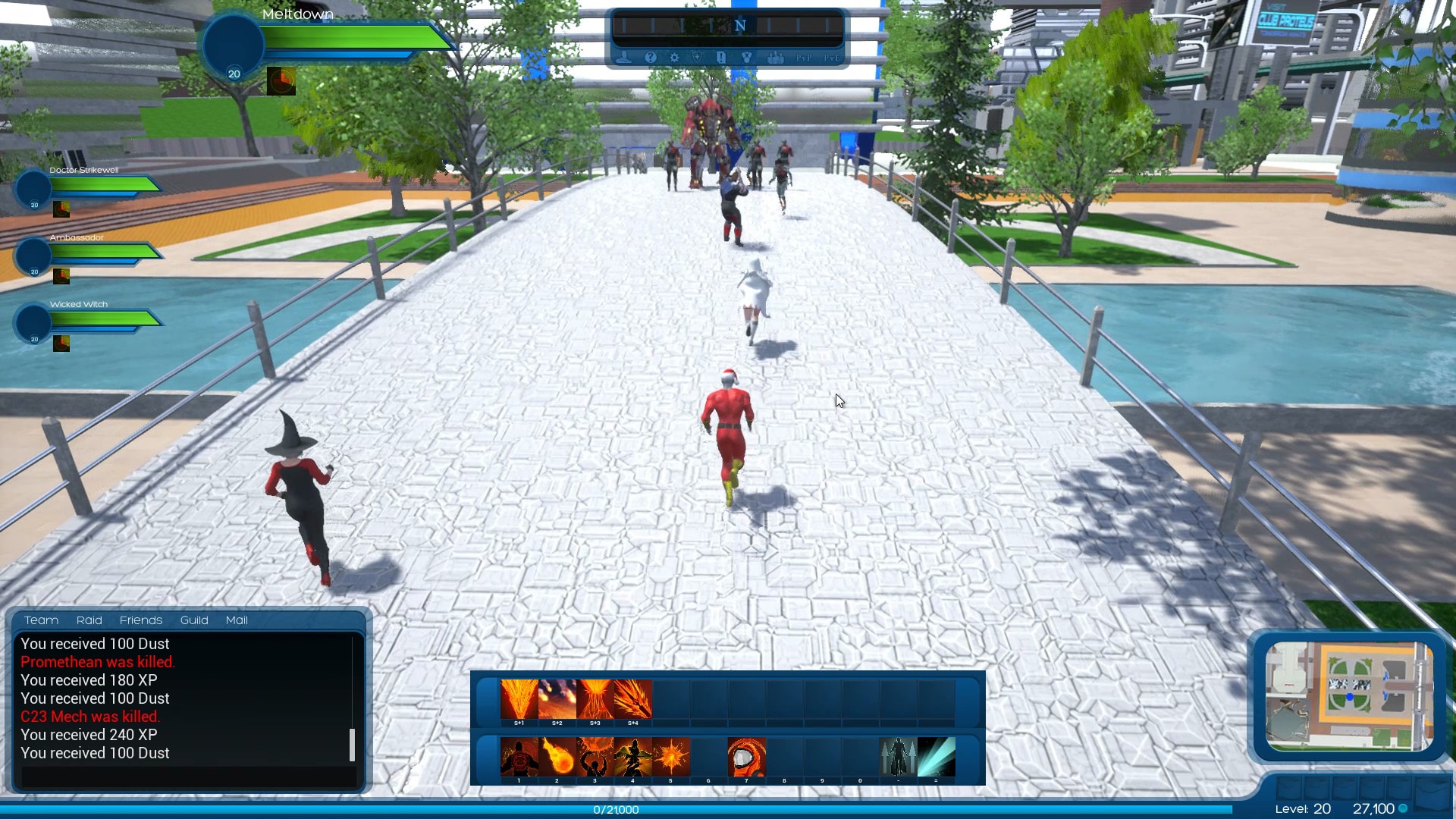 It’s a team combat alpha, so the tank, Ambassador, goes in first.

This isn’t a typical early alpha.  We’re taking an inclusive approach to get meaningful feedback. 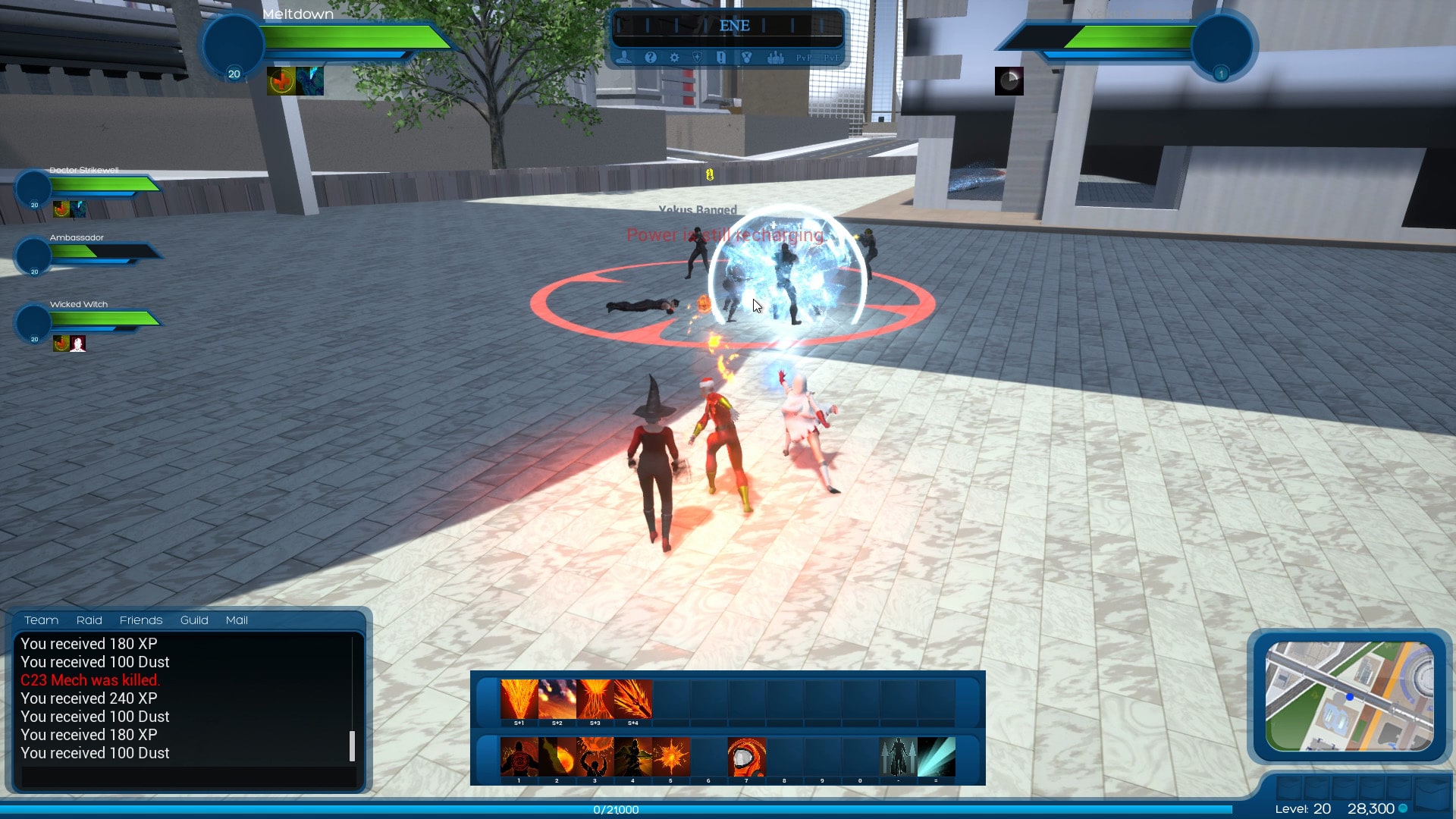 Ambassador takes a lot of damage from a really tough mob of Yekus.

The enemies in the alpha use different tactics, and have different powers. Each one requires some planning to defeat. Familiarity with the enemies gives a player an advantage in combat. For example, Nagdellian lieutenants have in-combat regen, and can call for reinforcements when their health reaches 50%. Yekus mercenaries are highly trained, so they can ignore taunt, and fire energy drains at any healer they detect. One boss in the alpha has a very powerful AOE attack that can kill a non-tank in one shot – and tanks don’t like it, either! It pays to stay mobile when fighting him. 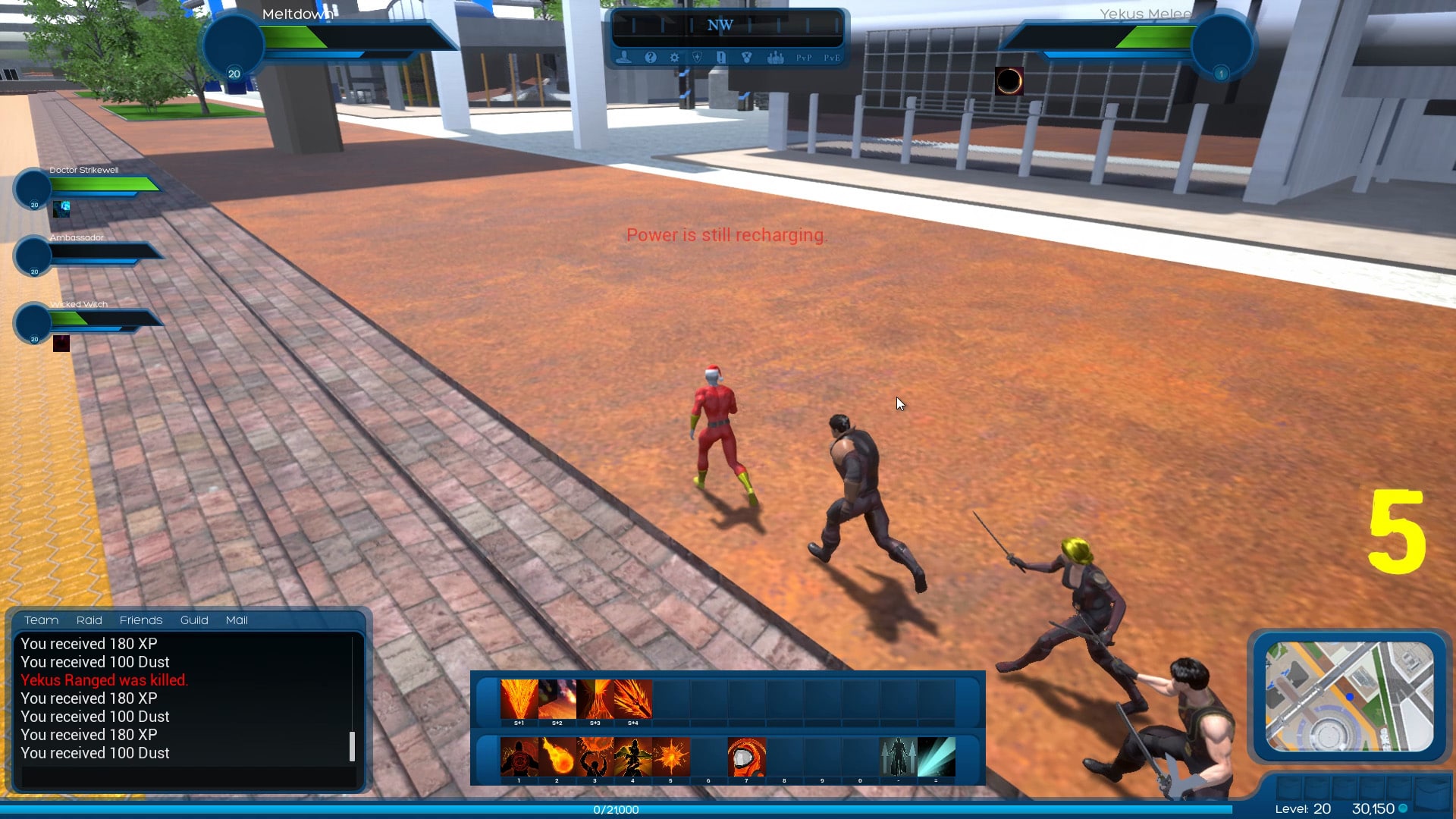 The dev who set the Yekus damage too high runs for his life after Ambassador is defeated during one test run. 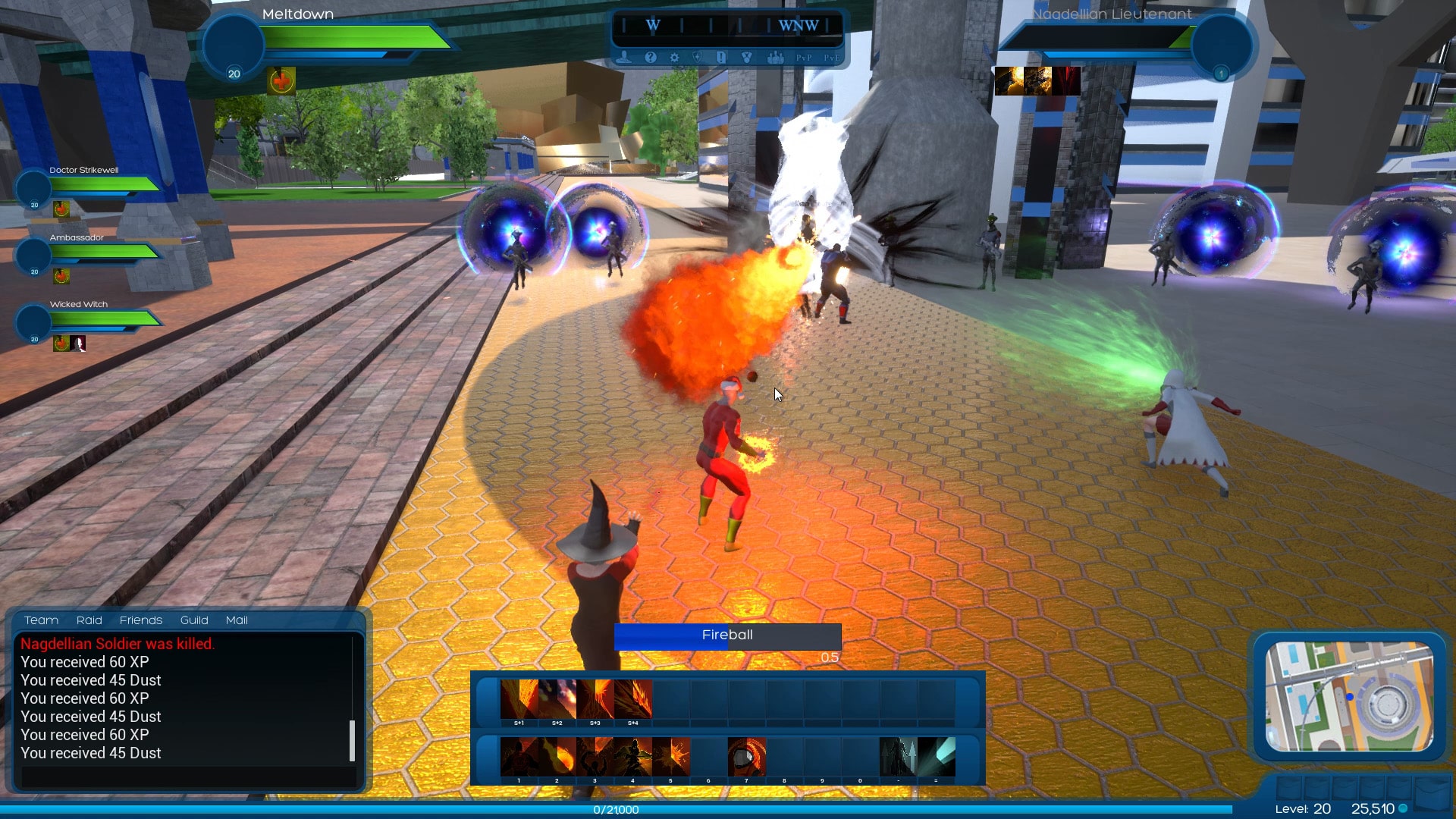 Nagdellian reinforcements arrive through portals from the mothership.

We are still very early in the development of combat for Ship of Heroes, but we want to get your feedback. Though we are only able to do a limited number of combat runs, we are recording them for later analysis. We will try to livestream at least one run, as well as publishing at least one video. 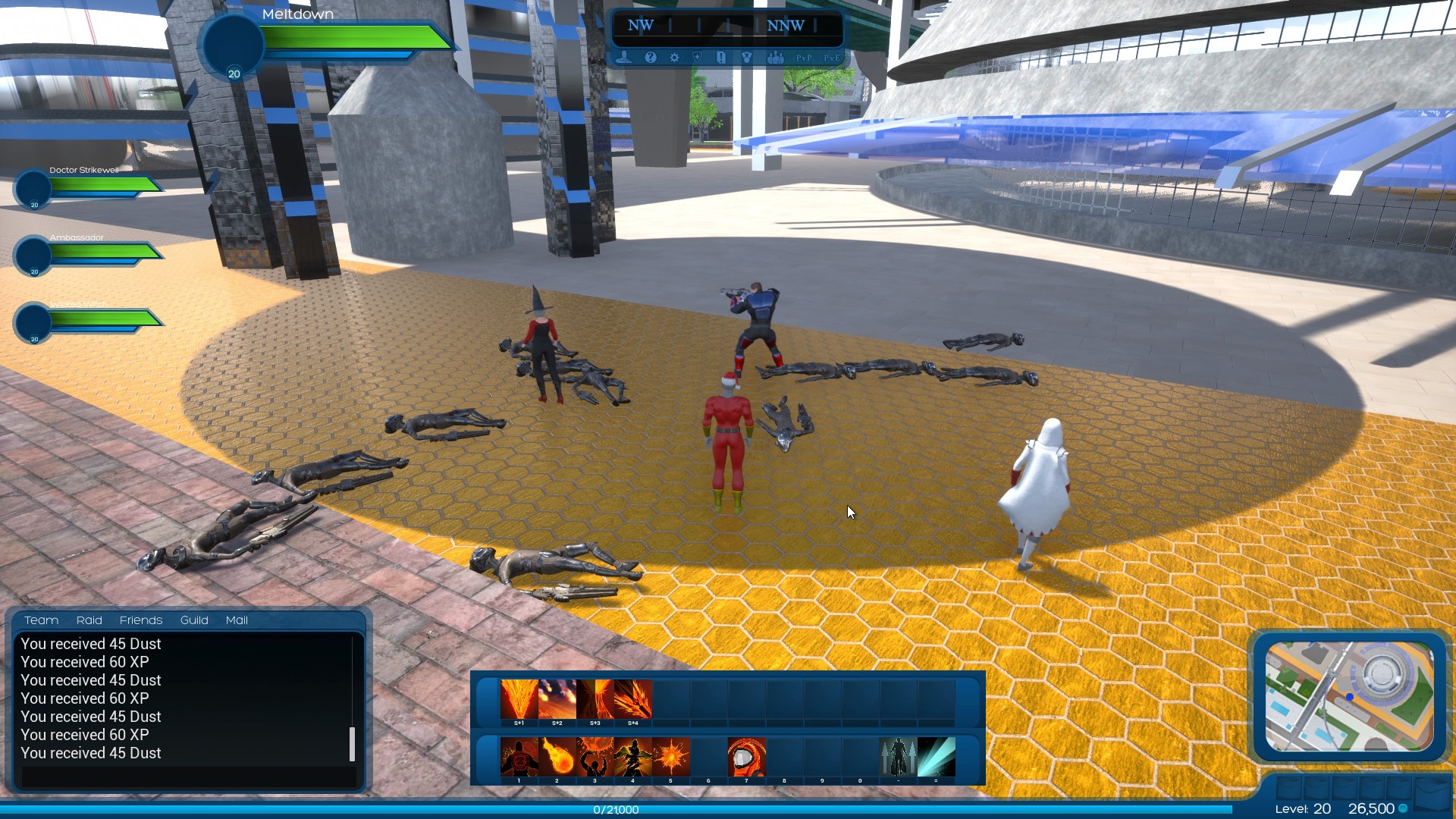 We’re calling for feedback on the overall feel of the combat, even well before the balancing is decided.  How does it look?  How does it sound?  What do you think of every enemy group having different powers and tactics?  Do you like the idea that enemies will have in-combat regen?  Give us your feedback on our forums; every day, our supporters politely debate the issues, and we listen to them.  Everyone will be able to see, hear, and comment on our game forums at: https://www.shipofheroes.com/

We’re planning additional alpha activities, and a second test of our CCT, and at least one big raid event during 2018.  Join our community and help shape the game you want to play with your comments.