We’re showing a variety of costumes, player models, archetypes and powersets.  All of the FX are provisional, but they do show the current state of play. The latter half of the video is an unscripted combat scene – a couple of the devs are operating characters they’ve not played before, with unfamiliar powers.

This video showcases multiple gameplay features we’ve recently upgraded.  These include inviting players to a team, handling disconnects, removing a player from the team and reinviting (hard to see in the video, but it works), team chat, shared XP and Dust from team activities, and level-up with FX.  Additionally, we’ve expanded the UI to accommodate all of these features.  For example, you can see the player XP bar at the bottom, as well as the current amount of the main in-game currency, Dust.  These are all standard features, but building them and confirming that they work is a milestone, so we are sharing it with the Ship of Heroes community.

We are demonstrating a team size of six in this video, which is larger than most MMOs permit.  Ship of Heroes will enable teams of up to ten players at launch, a feature designed to allow small raid teams to form and practice on regular game content, rather than having to repeat the same raid again and again.  You can see the team leader invite multiple team members, and then three of the players deliberately disconnect from the server.  When they are gone, their spots on the team are retained, but the UI indicates their temporary loss from the team.  When they log back in, they are returned to the team. 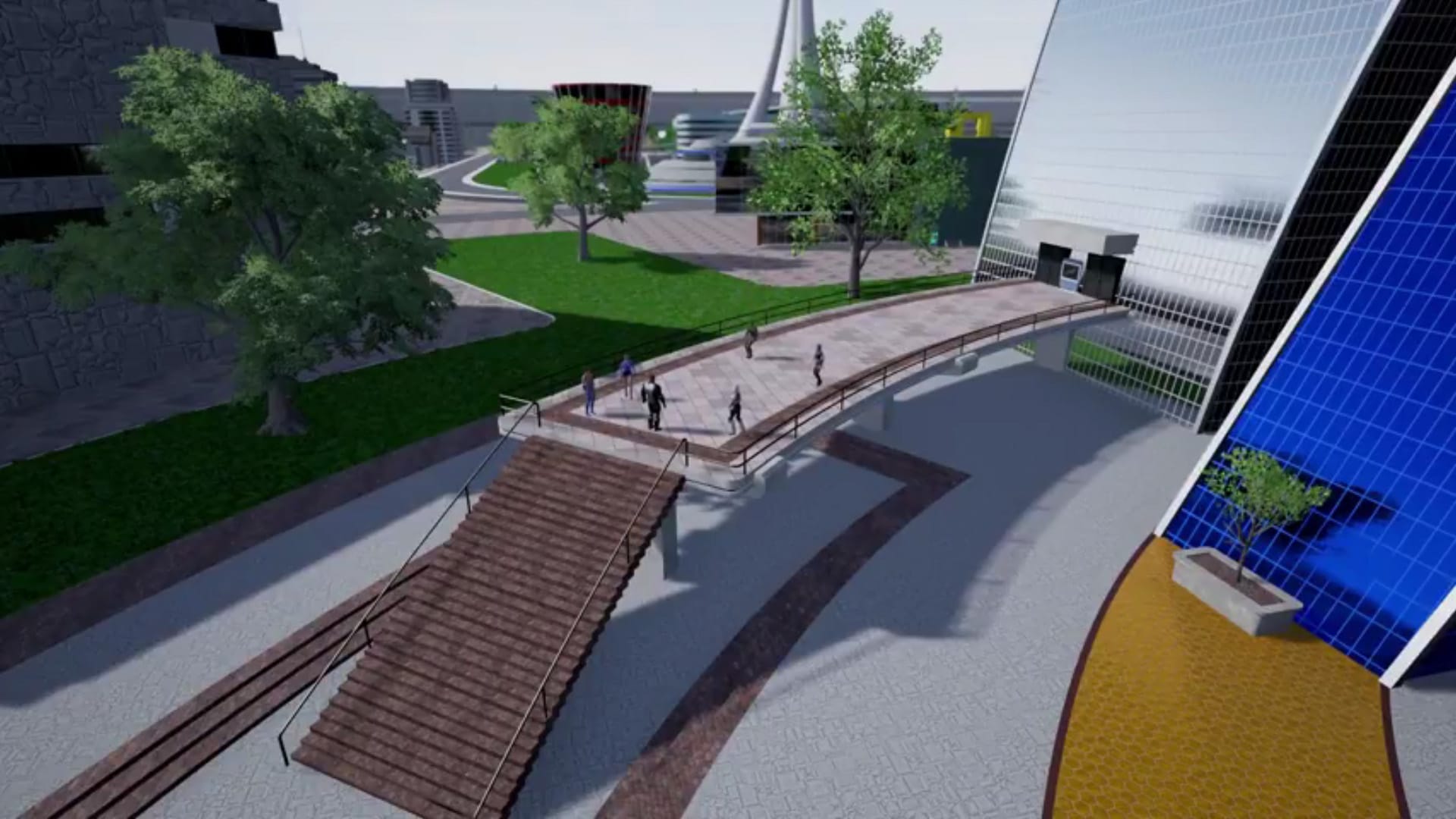 After demonstrating that the new code works, the dev team takes their characters out for a test of team combat.  Six heroes against eight Nagdellians is an exciting fight, one that illustrates the current state of the combat system.  This is only the third combat scene we’ve shown so far, and it is a little chaotic; we literally just ran off of the platform and engaged the bad guys, after a brief discussion of tactics.  The powersets being used in the video include Fiery Blast, Street Sweeper, Mystic Healing, Energy Melee, and Electric Blast.  Characters in Ship of Heroes begin with two powersets, so there are other powers being used in addition to the direct offensive powers – defensive powers, various buffs, and healing powers.

Release of this video completes our planned milestones for July.  The Ship of Heroes team is currently working on additional content to be released in video and other formats over the next several months.  We will also be part of a panel on new Hero games drawing inspiration from the closed MMO, City of Heroes, at PAX West in September, 2017.  Stay tuned for more.

As always, comments and suggestions are taken on our forums in the Ask the Devs section at https://www.shipofheroes.com/, where a discussion of this video is already underway. 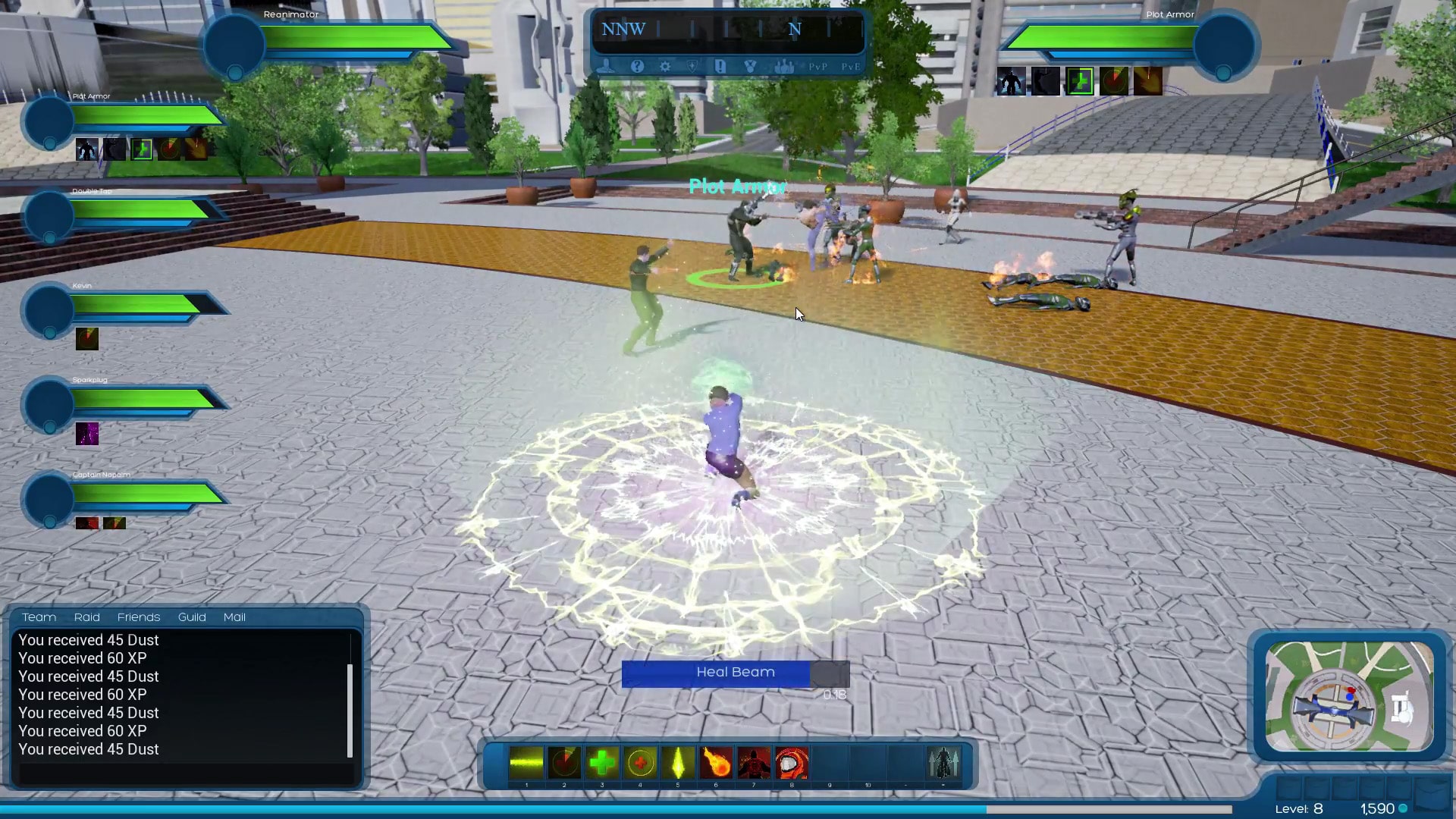 As always, the FX, SFX, and animations shown in this video are works in progress, and will be refined, adjusted, and improved over time. The video shows the current state of development of six primary powersets, in a networked gameplay situation that demonstrates what a player would experience today with the prototype of SoH.

We have now shown approximately 40 powers as they work in the executable game. This count includes 10 from the Fiery Blast powerset, and 12 from the Street Sweeper powerset. In the short combat sequence in this video we are also displaying elements of other powersets including Mystic Healing, Electric Blast, Sword Melee, and Electric Melee, all of which are being refined and will be shown off in full later this year.

It is worth noting that we are demonstrating one possible team configuration: one tank, two melee attackers, and three ranged team members – two damage, and one support.

SoH is extremely flexible on team size and team configuration; not many games demonstrate a team size of six or more, but it is our intent for almost any combination of archetypes and powers to be able to create a successful team. Here we’re showing an example of multiple archetypes and powersets being used in concert. The characters shown are initially level 8.

This video demonstrates the power of the SoH character creator, showing six new hero appearances created by simply recombining our existing art assets and recoloring them. By launch time, we will have substantially increased the costumes and capabilities of our CCT, allowing even more variety for character customization. 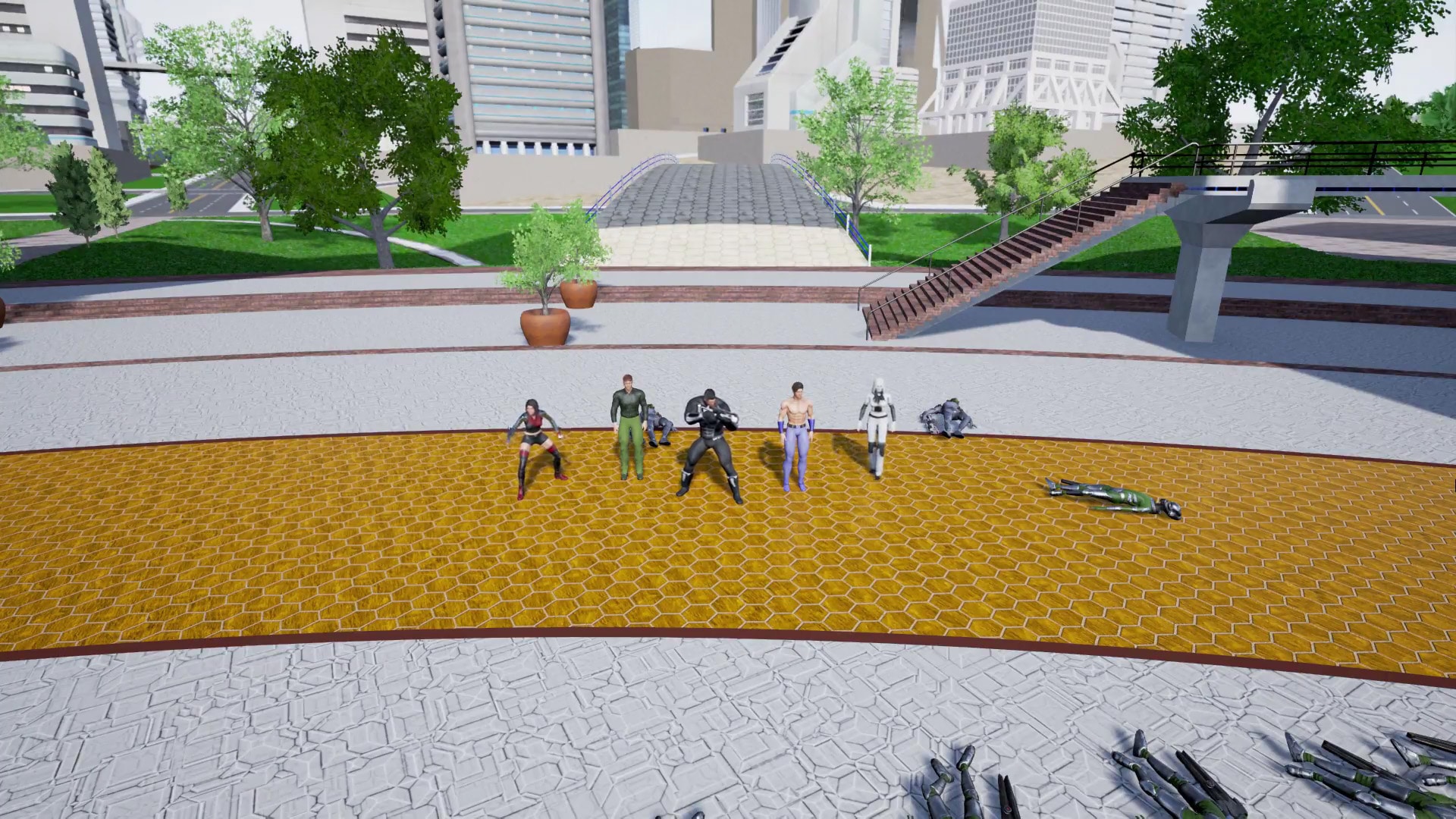 We have coded our teaming function include a wide range of capabilities – inviting players to a team, kicking them from a team, and holding a spot for disconnected team members – all with appropriate UI elements to inform other team members of the team’s condition. It is important to be prepared for accidentally disconnected players wanting to return to their teams, as this is a relatively common occurrence in most MMOs.

In addition, each defeated enemy now provides XP and Dust (the main in-game currency) to each member of the team on an equal, shared basis, since they are all level 8. We also demonstrate the level-up process when one member advances to level 9 as the result of defeating an enemy. The UI now dynamically tracks XP and Dust for both solo and team play. We recorded the combat sequence twice to obtain additional footage showcasing new features.