We’re having a donor event starting on Friday to thank everyone who has donated $50 or more over the last 2.5 years to support the development of Ship of Heroes. We call this event the CCT Beta, and it will allow donors to create and save a character, and reserve a character name, using the real Ship of Heroes character creation tool. Participants will also be able to jump into Apotheosis City with their new character and explore.
The download links go out later today, though they will not become useable until Friday when the keys go out in a separate email. We’ve also decided to honor last-minute donors, since we think we have the process under control and can handle a few more if anyone wants to join by donating at the last minute. 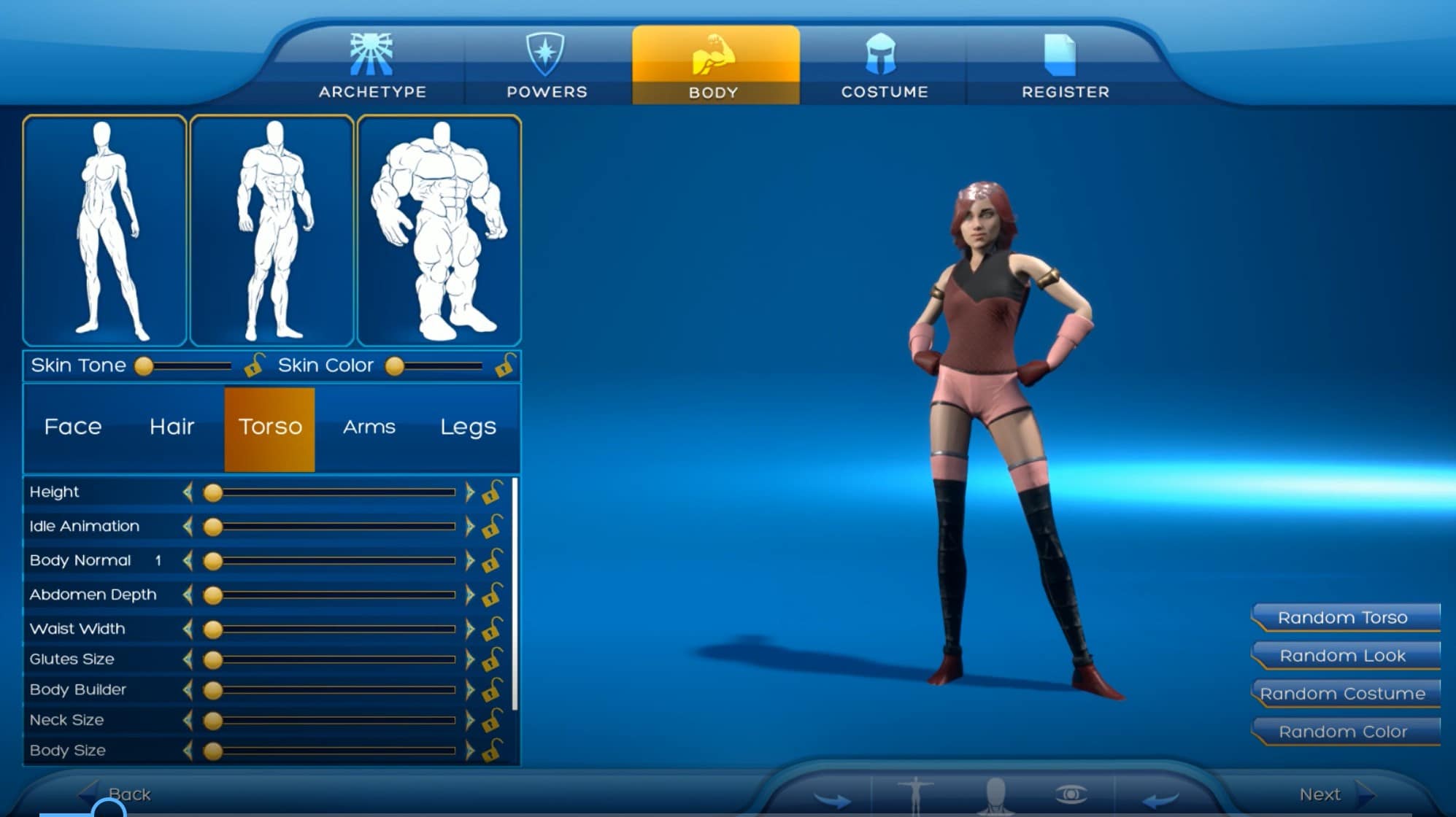 You can create a really skinny version of any character

This is our fifth and final pre-CCT Beta video, aimed at addressing a group of related questions that seem to keep cropping up. In short, just how skinny or how big can you make your character? One of our devs goes through the range from the skinniest starting point to the biggest version for each of the three basic character models in SoH: female, male, and big guy. 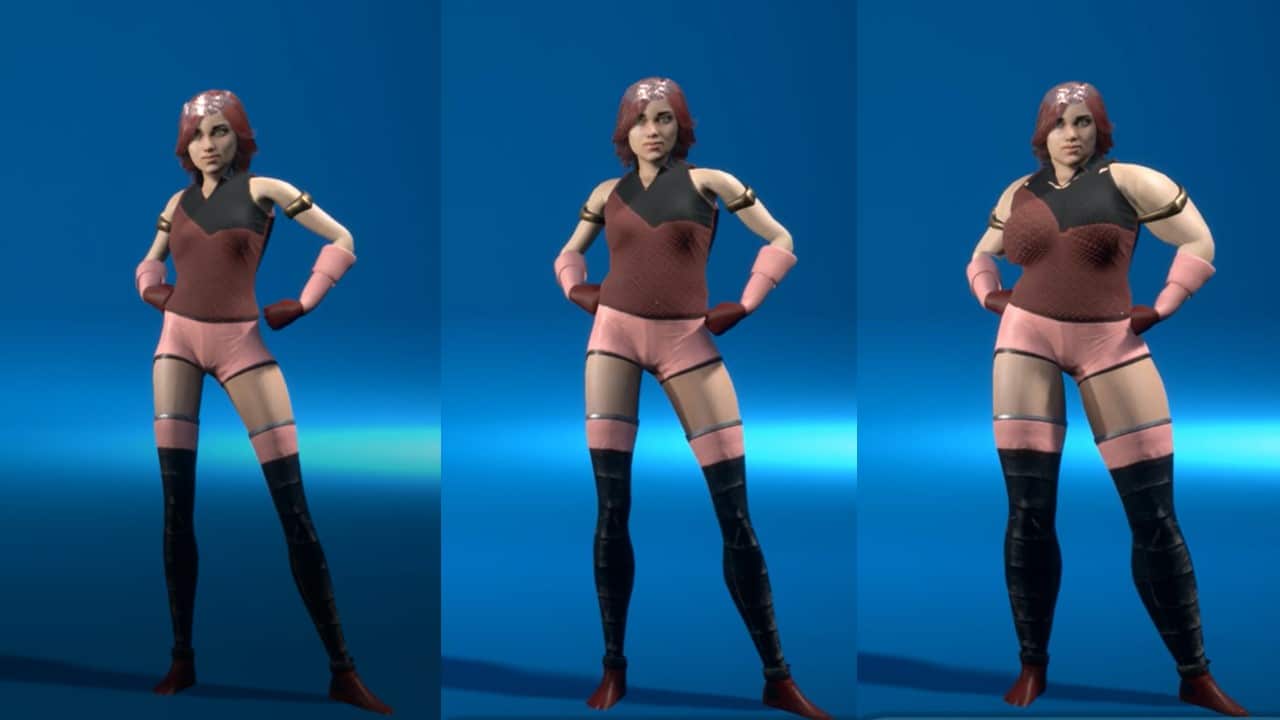 Or you can make her progressively bigger to match your vision.

In a superhero game, two of the most critical features of your character are the costume and the silhouette. You can recognize another player’s costume, or at least the colors, and their outline, at a great distance. In Ship of Heroes, you have unprecedented control of your character’s silhouette, with over a dozen different sliders in three separate sub-areas of the CCT. This means you can make individual areas of your hero’s body bigger or smaller as you see fit. No other modern MMO that we know of allows this level of customization. But most importantly to us, the ability to substantially control the silhouette of the character was one of the key requests that emerged from our character creator Alpha, in late 2017. 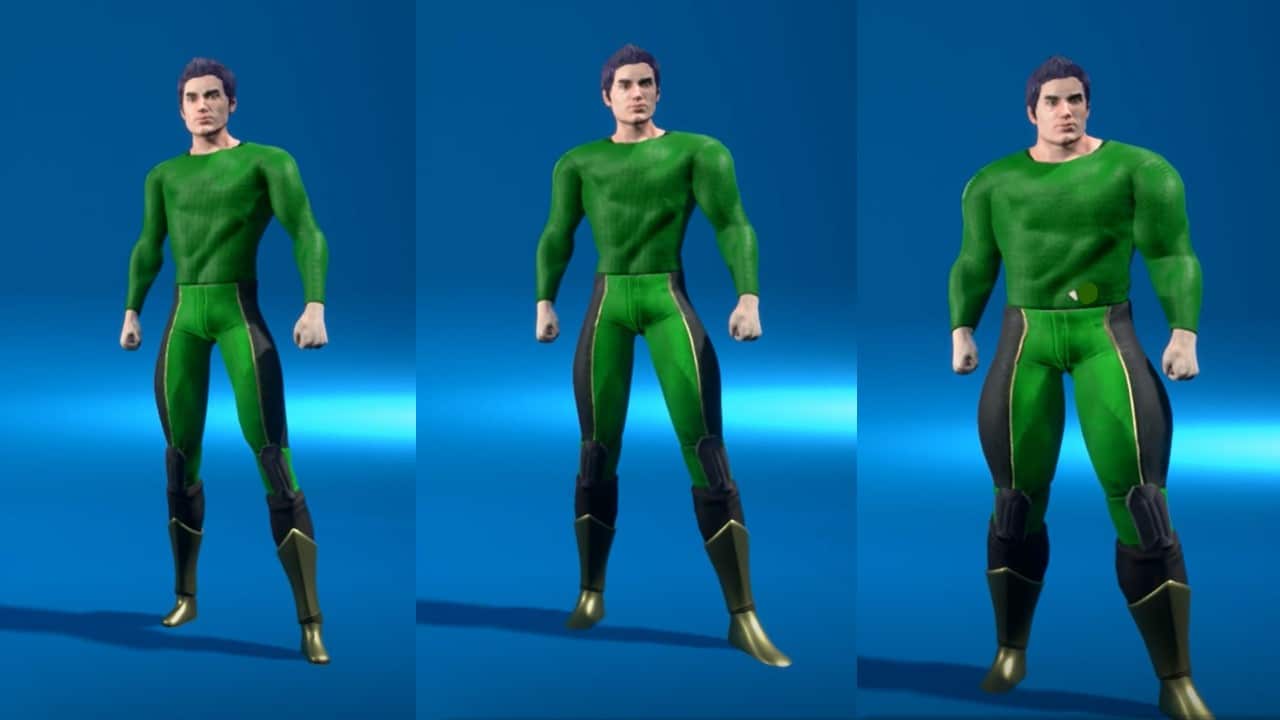 Costumes adapt automatically to the changing silhouette of your character.

We have recently published four videos in preparation for the CCT Beta. One of these focused primarily on costumes and illustrated the power of our randomizer tools. Two more showed off the in-game nightclub and the hospital maps, which you’ll be able to explore with your new character. Last week we showed off the power of the dozens of morph sliders in the CCT, and now we’re focusing on the combinations of morphs with the most visible impact. Hopefully these videos have allowed everyone to see what we’ve built for you, and have helped you to think of a few new character ideas! 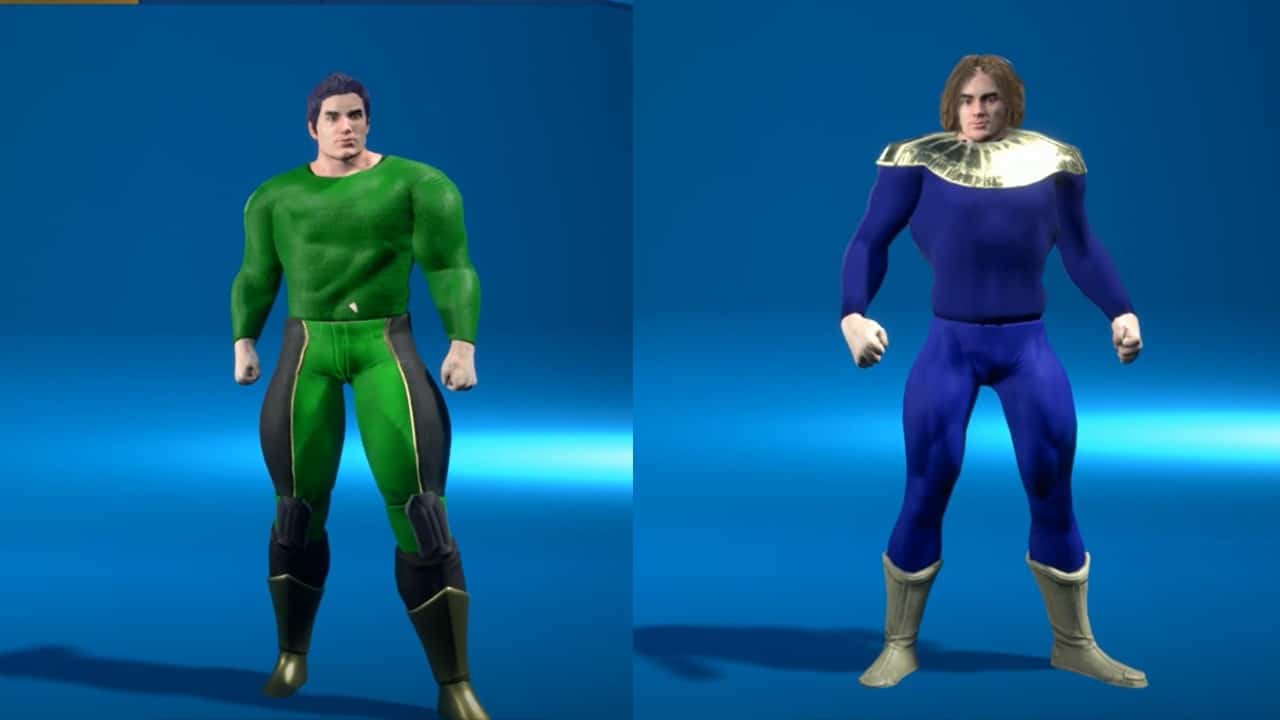 The CCT Beta begins in two days, and we have added a special area to our forums where everyone can comment and make suggestions about the Beta. As we always do, we will use the feedback from our community to direct the next year of CCT development before we launch the game. So make your voice heard! 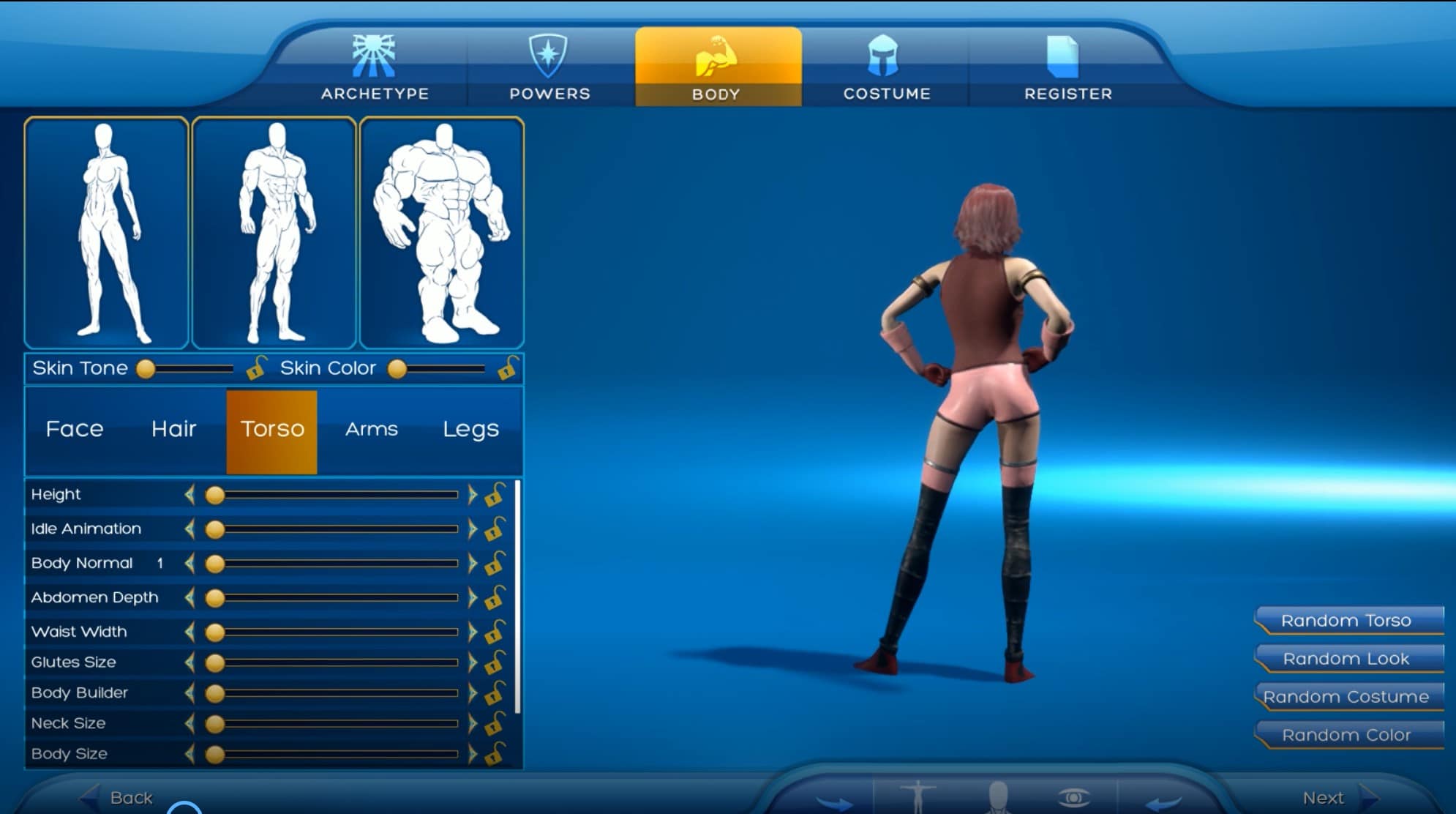 Given how we play MMOs, looking at the backside of your character is pretty important. You’re going to see it a lot.

Once again, we advise anyone who is using the CCT to write down some ideas for what they want their character to look like before they begin, perhaps even a superhero name and theme to design their costume around. We have delivered so many options that playing with the character creator could easily cause a player to lose track of their original idea. Of course, making something completely unexpected can be fun as well. 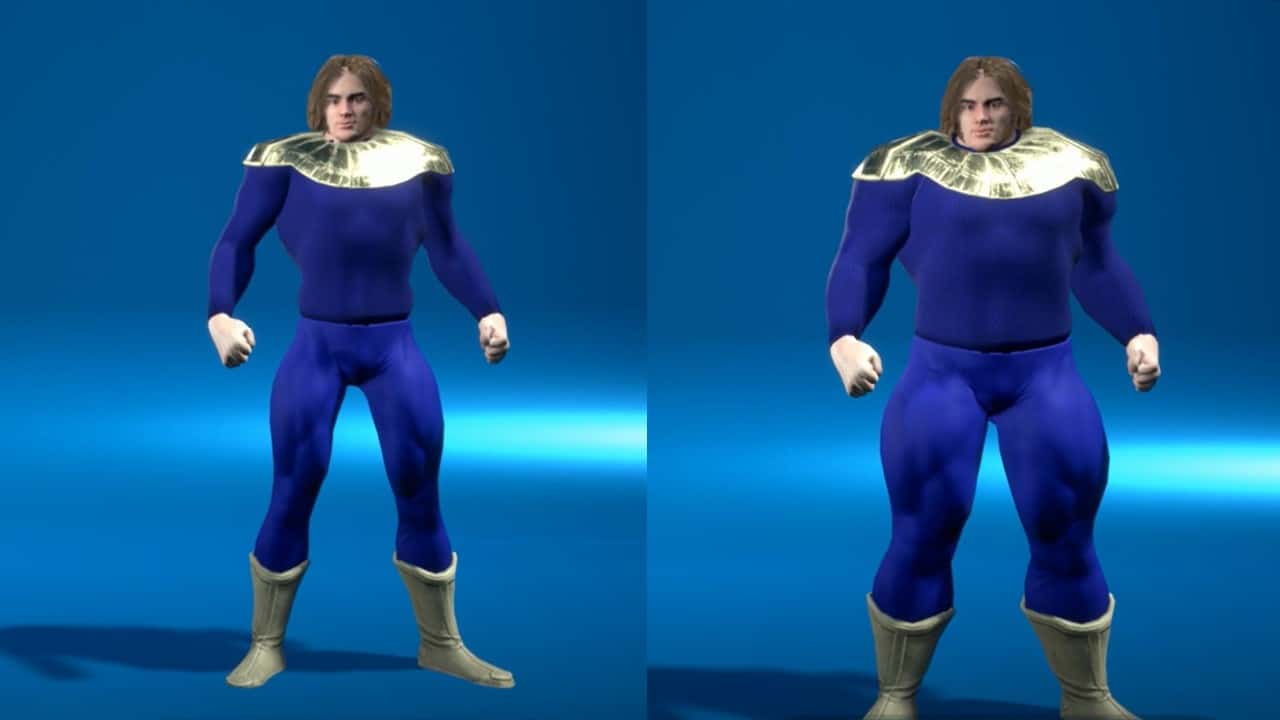 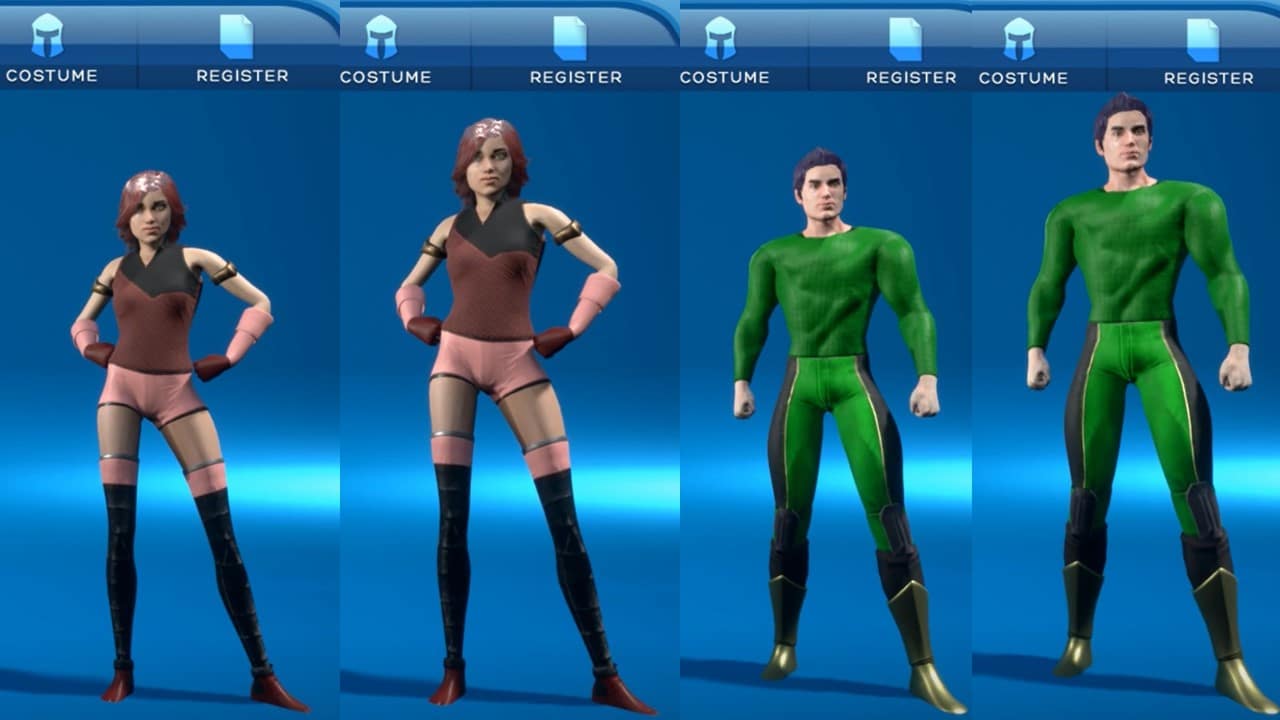 Height for a male can currently be varied by more than a foot (>30 cm) in either direction.

1. This video was recorded in the Editor from the same code, links and tools that the community will use in the Beta, since we devs have keys for preliminary testing.

2. Like your character appearance or costume? These can both be saved on your local computer if you use the save and load buttons in the CCT. You can find the save files in your install’s SOHGame/CleanThirdPerson/Saved/Appearances directory. The Save and Load features are not visible on the screen in the video, but they are in the Beta.

3. For this Beta, we’ve focused on increasing the variety and quality of costumes, as well as new options like randomizers and the save/load options. These things are all available to Beta participants. For those who are curious, capes and auras will be added into a future Beta – we’re in the process of upgrading our cape physics, and auras don’t have clipping issues to test.

4. We have not yet added a height measurement tool behind the characters in the CCT, and we know that we need to do that. But height variations are real, which you will be able to see for yourself as you run through the city and meet other players.

5. Character costumes automatically adjust to the dimensions of the underlying character. We’ve been upgrading our system for suppressing clipping, which occurs when body parts or costume elements that should be underneath poke through the costume above. No system is perfect, but ours is quite good.

6. In Ship of Heroes, there is no connection at all between the look or appearance of your character and their powers, archetype, or stats. You are in control of the story of your character. Want to make a hulking, armored healer, or a tiny tanker? You can.