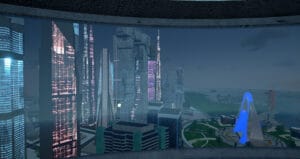 During the second half of 2018, the SoH devs got an incredible amount done.  However, we didn’t publish a clear development schedule.  So for those who are curious, we’re putting out a schedule now.  In the future we’ll be switching to quarterly schedules to keep things manageable, and the first of those will come out soon.

Some of our biggest accomplishments in 2018 were on game optimization.  In building an MMORPG, it is counterproductive to design a city, or characters, or superpowers, or FX, or costumes that reduce FPS to such a degree that the player experience is harmed.  At Ship of Heroes, we aim for 30 FPS or more in 50+ player events, and while that isn’t easy by any means, now we’re able to achieve it.  To get to this point, we’ve completely rebuilt all of our character models, as well as every single piece of clothing; they look the same, but they’re significantly more efficient now.  We also perfected and then installed the fourth version of our CROM system for environmental optimization. 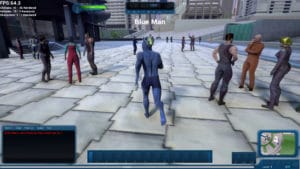 We’ve created and pushed a series of critical immersion upgrades during the second half of 2018 as well.  In response to community suggestions, we’ve improved the look of our mission maps for the underground engineering spaces below the city.  We’ve added civilians and cars to the city, because an empty city is not much fun in a multiplayer game.  We’ve invented and installed a clipping suppression technique for all costume parts.  We’ve added a beautiful day/night cycle to Apotheosis City, which also required us to permanently select the lighting throughout the cycle, and to adjust our FX, especially combat power FX, for the new lighting levels.  And we’ve polished the Arch Park to our expected launch quality to let our community react and give feedback.  Towards the end of the year, we added a working vendor system to the game, as well as temporary powerups called infusions, and we showed them off them during a winter-themed monster invasion. 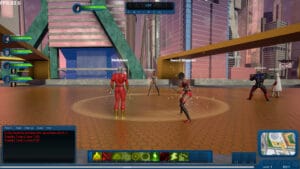 The highlight of December was a massive community login test with over 200 supporters.  This test confirmed that all of our work on FPS was both necessary and successful.  It let us make and show off a wide variety of heroes and hero costumes.  And most important of all, people loved being able to run around in Apotheosis City, wave torches, and see our progress for themselves!  All in all, it’s been a great year.  We’re on track for a solid Beta launch of Ship of Heroes at the end of 2019. 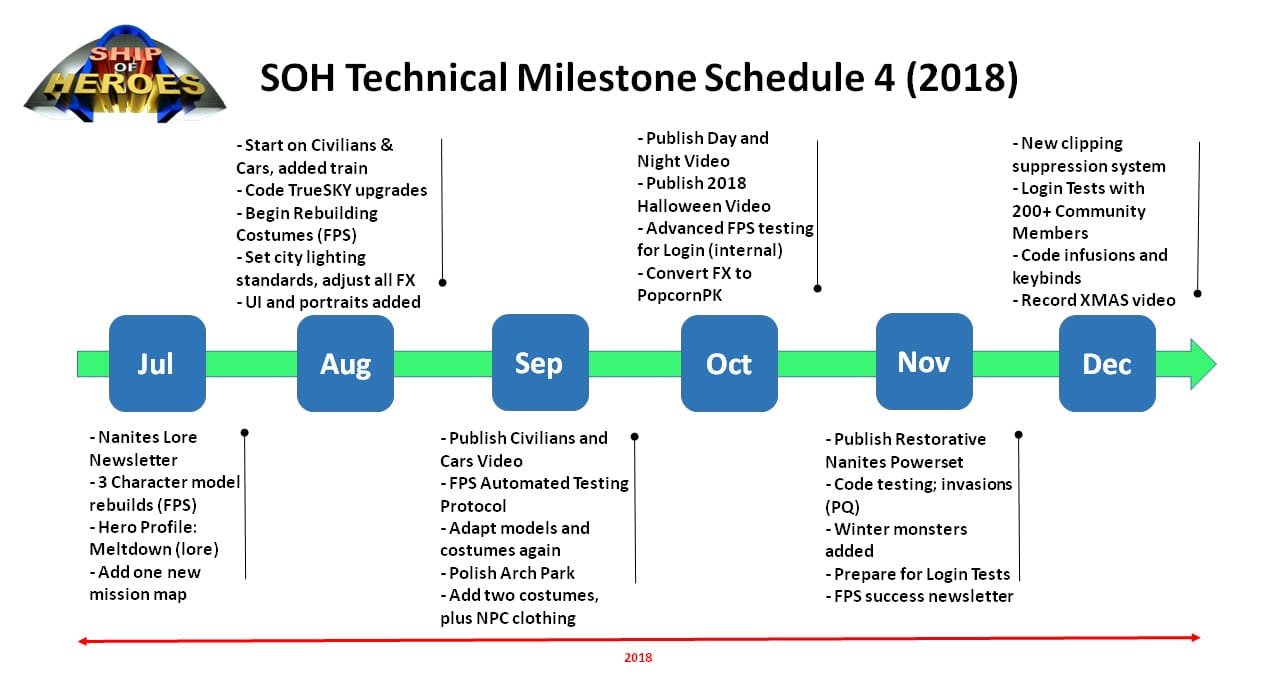 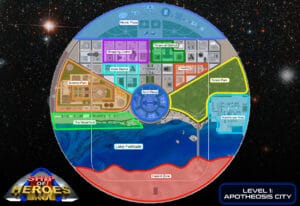 We have now been working on Ship of Heroes for almost two years. We’re at a point where it is clear that we have a working version of the game, and that we have been able to create a number of exciting features not often found in other MMOs.  Ship of Heroes is fun to play.

When 2018 began, we were busy getting ready for our first combat Alpha.  We added new enemies, gave them unique, unusual powers and tactics, and prepared the Alpha map.  We completed and polished the Science Park Area of the city.  We also began showing expansions of our work, such as early mission maps, improvements to targeting and UI, and dev tools to help us adjust team combat on the fly.

With this, our third official schedule, we’re happy to report that we have completed every item on both of our previous schedules. We’ve built a large selection of the features needed to launch Ship of Heroes, and we’ve successfully conducted two Alpha tests: one for the character creator, and one for small team combat.  In both cases, members of the community were allowed full access, and have provided invaluable feedback on the content we’ve created. 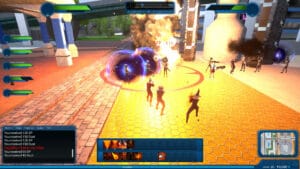 For the rest of 2018, we’re planning to continue building the infrastructure of the game, and to expand the core we’ve already built.  But more significantly, we’re planning to involve all of you, our community, in more testing and in more gameplay.  Next up is a massive login test to confirm that we can successfully bring a large number of players into Apotheosis City with our latest features.  After that, we’ll be planning for a raid test of some kind in Q3.  But between April and June we’ll be showing additional powers and powersets, more costumes, new and better FX, and additional mission maps.  Behind the scenes, we continue to optimize the game to enable larger numbers of players.  We’re also working on expanding gameplay potential with things like controllers and debuff powers so that we have much, much more than just the generic tank/heal/DPS trinity. 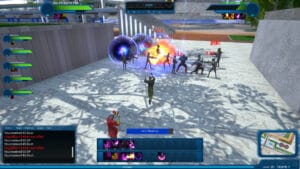 Creating the story, lore and setting for Ship of Heroes is a complex task.  Bringing that story to life through custom art and code is an even bigger task.  Our twin touchstones for all elements of this project are creating a player experience that is much more positive and fun than what other games deliver, and a focus on project management in development.  We clearly announce what we’re going to build, when it will be ready, and why it will be fun to play – and then we actually go and build it.

We’re already doing well in 2018.  Here’s our schedule for the first six months. 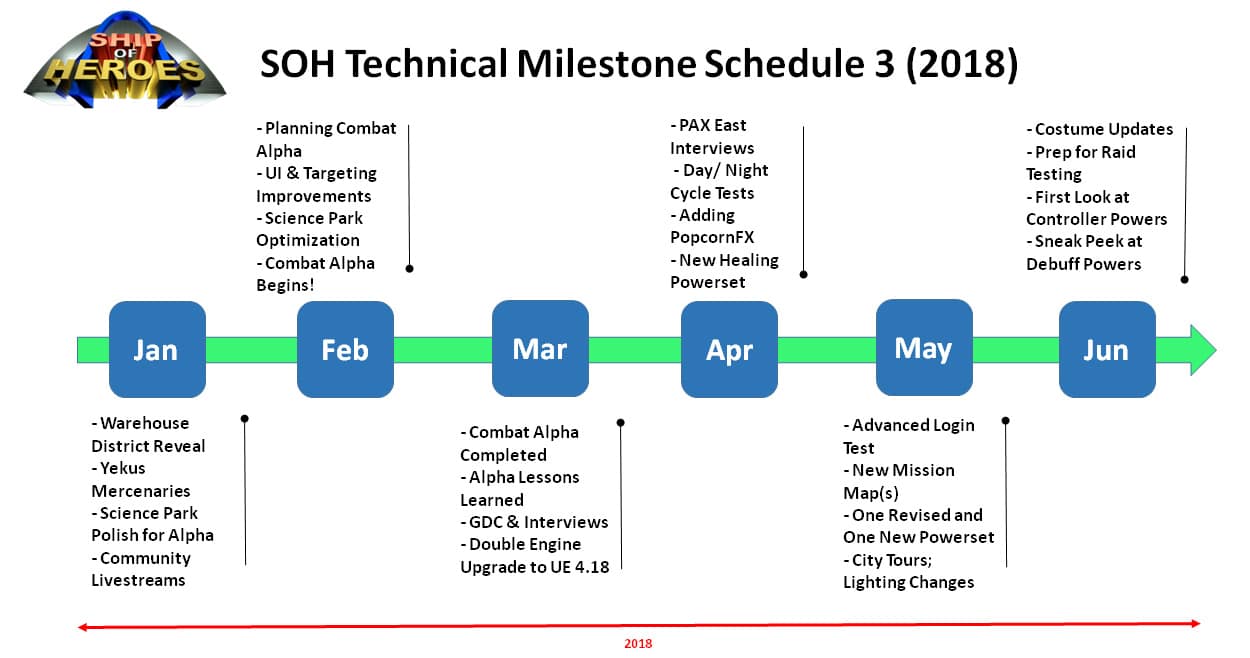 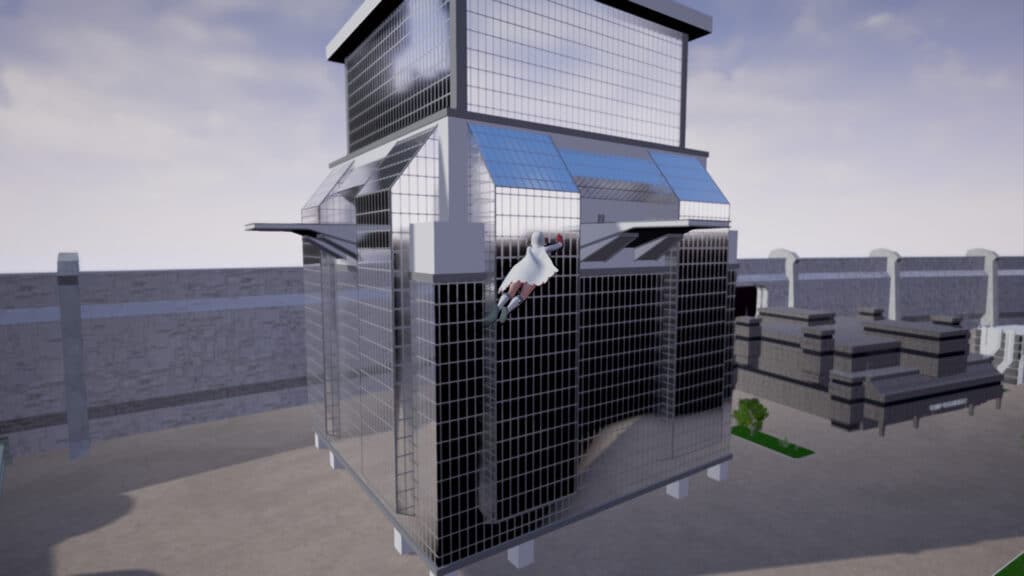 Six months ago, we announced Ship of Heroes to the world.  We’ve now been working on the project for just over a year.  In that time, we’ve showed off our concept art, revealed the backstory and setting for the game, built and revealed the first version of Apotheosis City, introduced four signature heroes, demonstrated a world-class character creation system, added powers, animations, and FX, and most of all, we’ve integrated these pieces into a first prototype of the game.

We’ve done everything we promised, and more.  After all, if a developer doesn’t deliver on their promises, how can you trust that they’re actually going to produce a working game?

So what’s coming up?  The technical milestone schedule for the rest of 2017 is shown below, with an approximate month in which we expect to deliver each feature.  Three of these are particularly important: refining the scope, which we have already done.  Allowing the first non-dev community members to test our character creator, which we’ll do in September, and allowing the first non-dev community members to join us in escorted Alpha tests in Apotheosis City, which we’ll do at the end of the year. 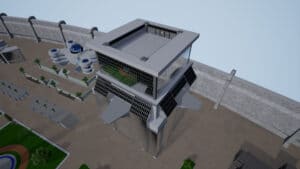 Between now and the end of the 2017, we plan to make very significant progress.  We’ll be adding custom art assets to the character creator, and coding the core powersets for ranged and melee characters.  We’ll be expanding and enhancing the environment, revealing more game lore and enemy groups, and testing and upgrading our client/server architecture.  All of this builds towards having escorted Alpha tests in December.  We’ll finalize our plans for the first half of 2018 based on the results from real testing with real players selected from our community.

Building an MMO is a big undertaking.  A persistent level, a superb character creator, real variety in powers and powersets, plus unique art assets, animations, and code are all required.  All of these need to fit the story and the setting.  Integration of these pieces of the game is the first key measure of progress.  The second key is iteration – once a good prototype is developed, and we have shown one, the next step is to continuously improve it through revisions, upgrades and expansions, without losing control of the scope for the project.

We think we’re on track to excel at this throughout 2017.  The details are displayed below: 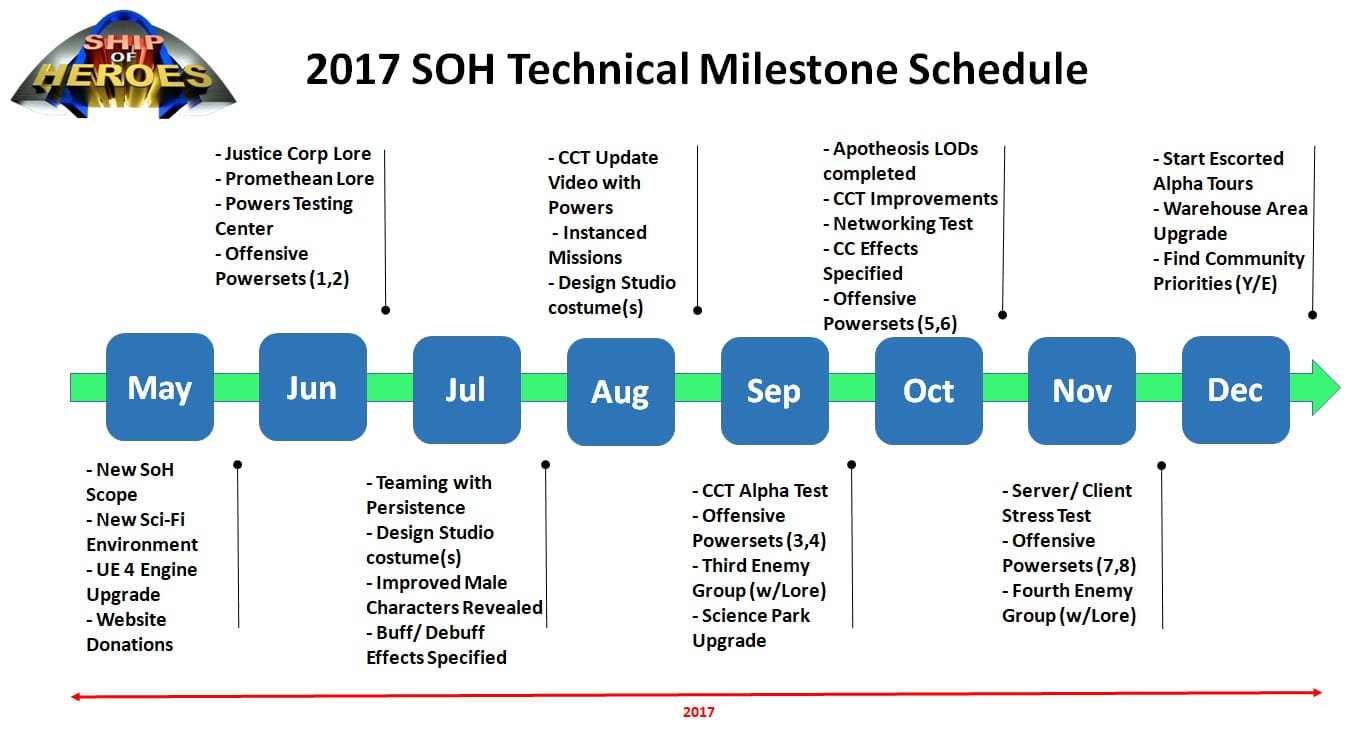 In November of 2016 we are announcing our project to build a spiritual successor to City of Heroes, and we are opening our forums and polling to the community.  We’re also showing some of our concept art, our plans for the game, and the schedule for development of the game. The game will be built using the Unreal Engine® because of the power of the engine and because of the well-developed community of vendors, artists, programmers and others who already work within the Unreal ecosystem. 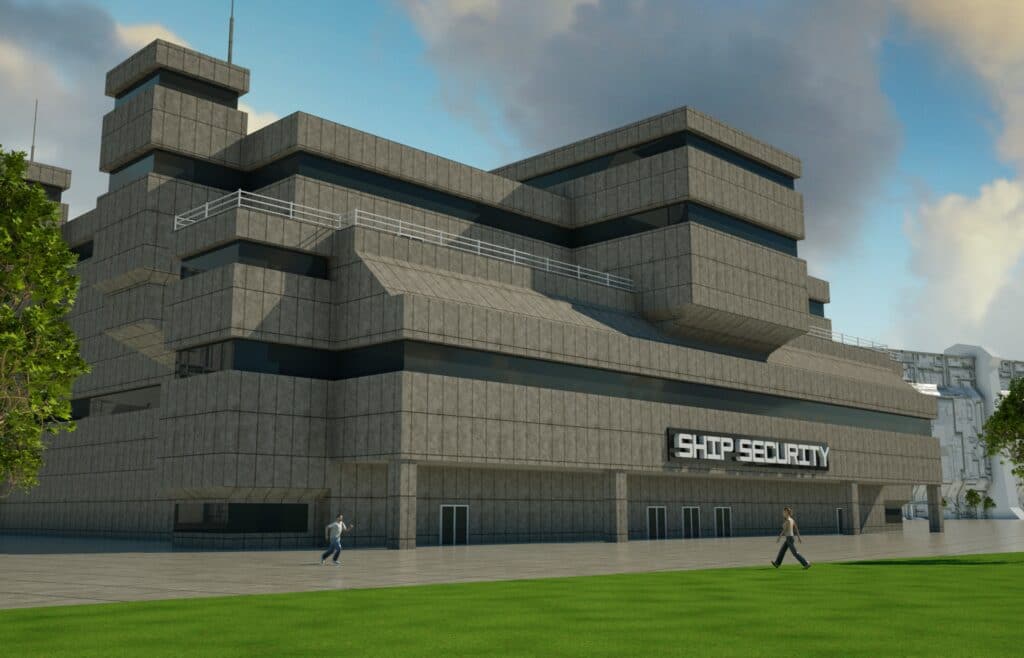 Ship of Heroes has big goals for development. Our intent is to build our game by scheduling milestones and then achieving them.  But we are conscious that big goals can be a barrier to success and so we plan to build the game in modular steps, expanding and upgrading until the game is ready to launch.  We’ve started by building the first ship level, which has over three square miles of surface area.  Future levels will be built once we have the first level polished because we don’t give up until the job’s done – you deserve better than that.

We intend to be able to show character creation, most of the first ship level, player animations, and characters in combat with FX and other cool features such as APEX physics, before we begin a Kickstarter in April or May of 2017.  This will allow our community to experience two things: first that we are actually making a high-quality game that can be shown off in controlled stages, and second, some clear indications of how the game will look and play.  The Kickstarter will take us from the clear beginning of the game through the next stage of development. 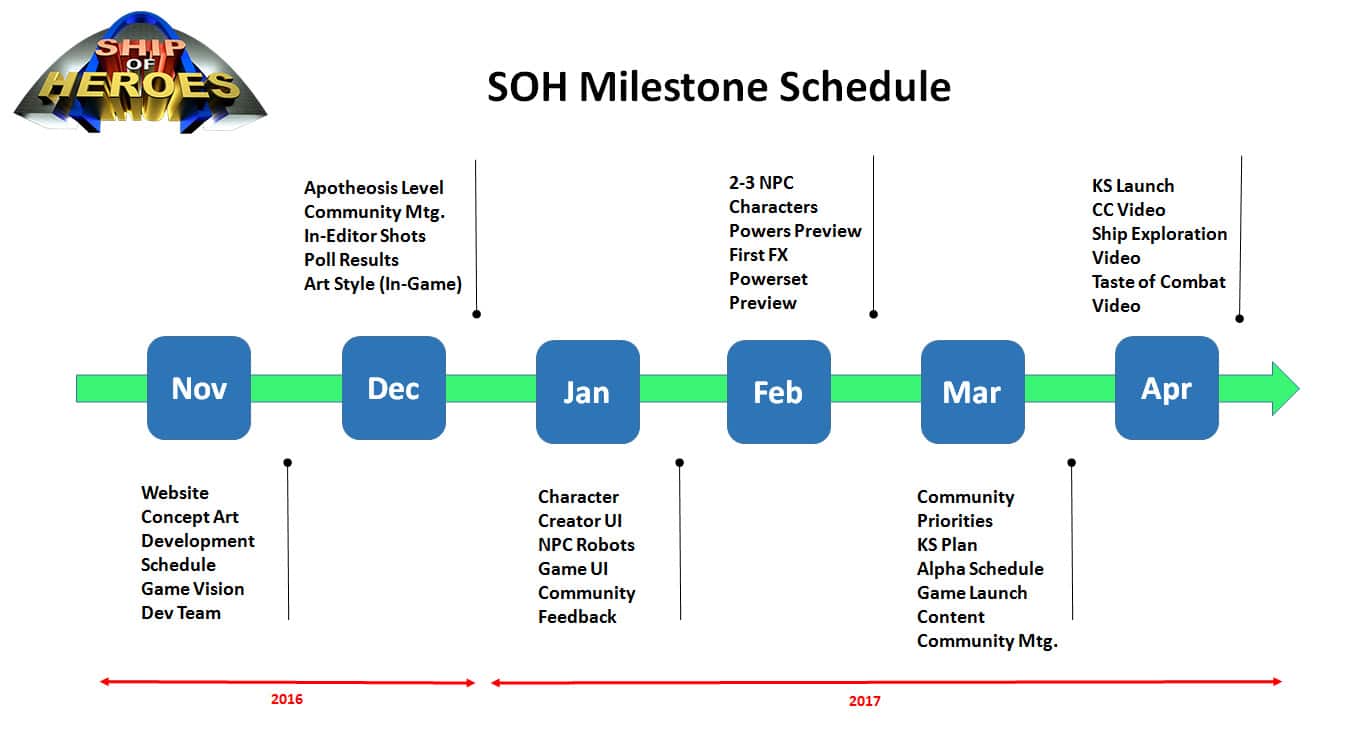