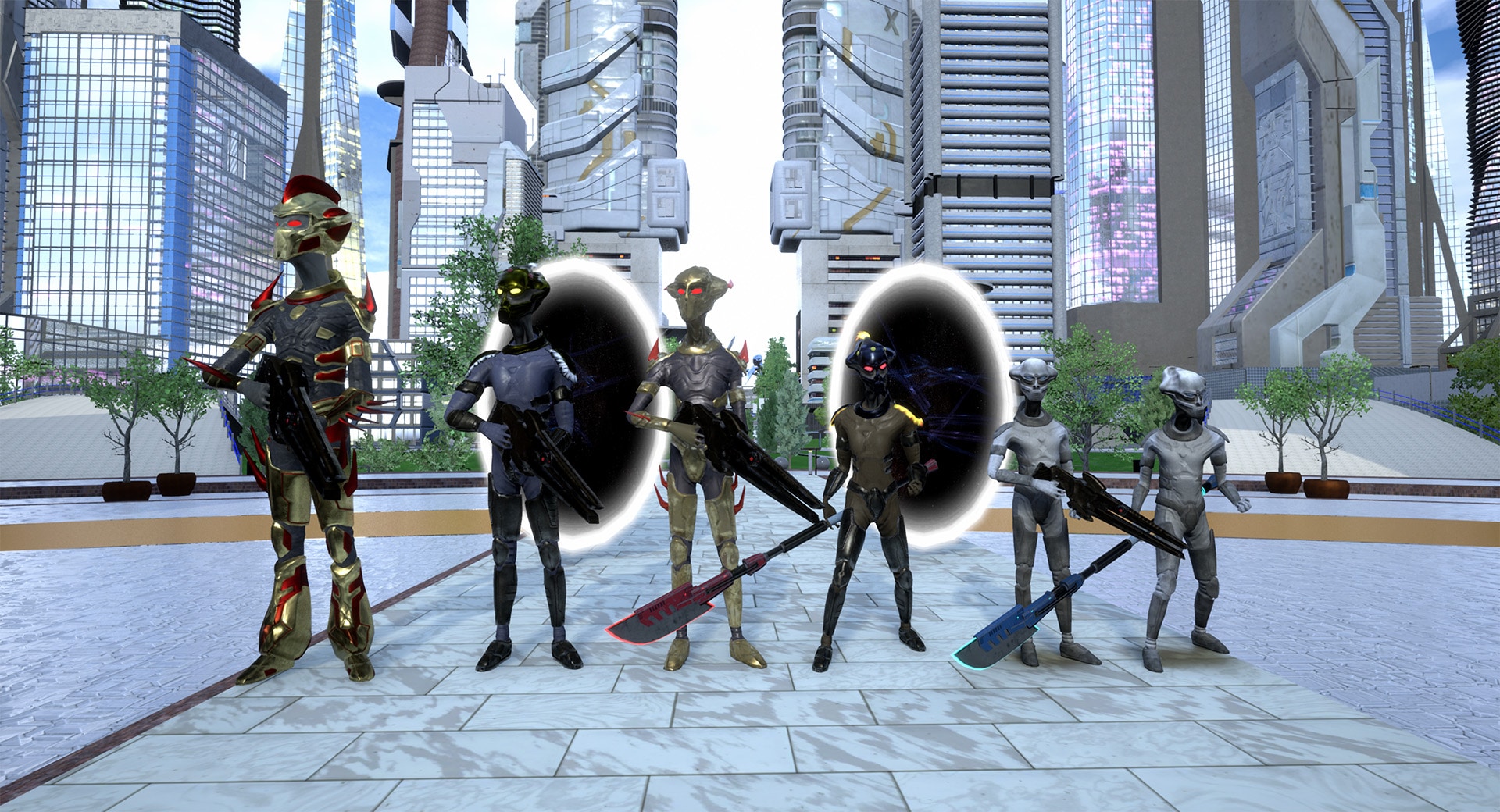 We’re not invading your ship, honest! Do these glowing red eyes look like the eyes of a liar to you? …They do? Oh.

We are very pleased to announce that we will hold our first community test of the Nagdellian Invasion on Saturday, August 15th, 2020. We will be activating a sign-up sheet and looking for about forty volunteers for the Beta test of the invasion event in Ship of Heroes. As always, you are free to record the event.

As a community-based game, we’re not too shy about letting all of you see what is happening behind the curtain. We’re planning at least one big surprise in the invasion, so we think you’ll be happy that you participated. In advance of the invasion, we thought you’d like to know a bit more about who you’ll be fighting. We players and developers often talk about enemies and combat in games and particularly MMOs. No one wants to play a boring game; in some ways, that’s even worse than a really bad game. At Ship of Heroes, one of the ways we’re making combat more interesting is by making the enemies interesting. Each faction has its own patterns of behavior, which is part of what makes it fun to fight these enemies; a player has to think in order to be victorious. Each enemy group is truly different – they employ unique tactics, and possess powers that the other groups do not have. 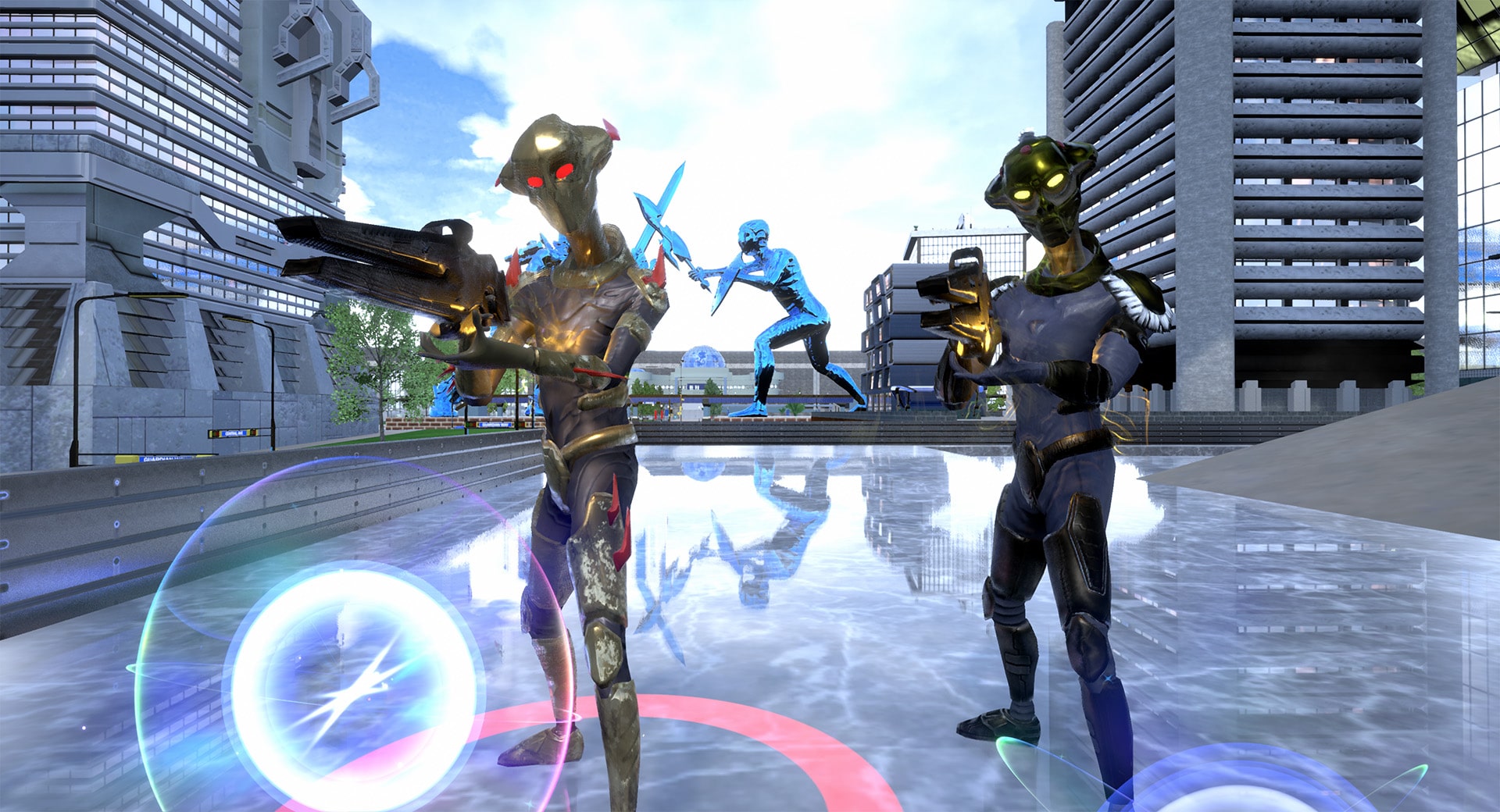 These Nagdellians are nothing like the Prometheans hidden inside the ship – and they’re happy to fight any of the sneaky cyborgs that get in their way.

Take the Nagdellians, a civilization of aliens that’s always in conflict with humans aboard the HHS Justice. Nagdellians have a straightforward philosophy when it comes to fighting: they prefer using direct attacks and heals over things like buffs, debuffs, and holds. However, even those few units that can heal still carry high-powered weapons, and can still fight; no Nagdellian is ever defenseless. Each individual Nagdellian may only have a couple of standard attacks, but not every Nagdellian – even foot soldiers that look identical – will necessarily have the same attacks. Each of them has access to a pool of attack powers, which they will try to use in varied and unexpected attack chains. 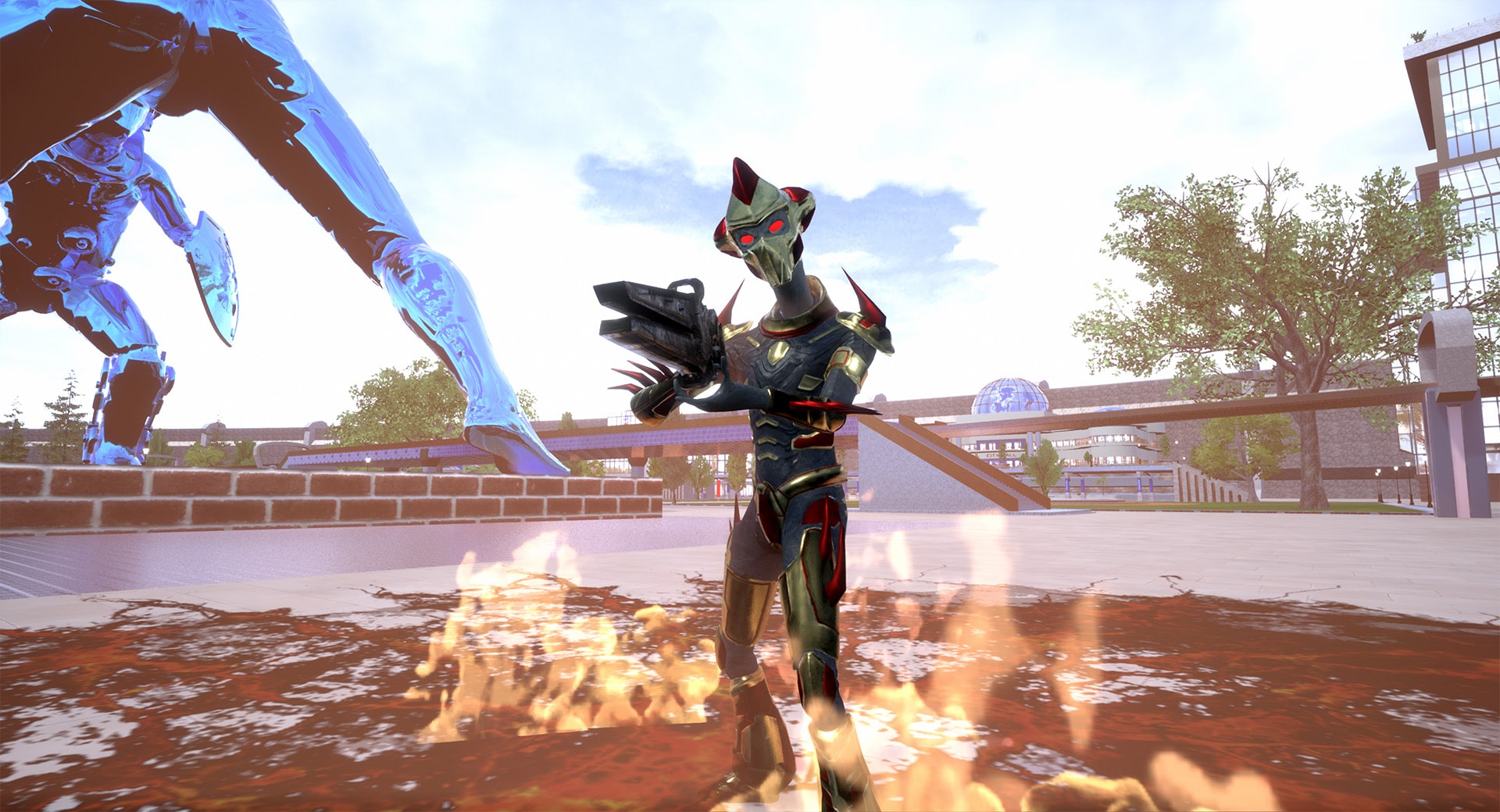 “What’s that? Stop shooting and walk out of the fire? Preposterous, I’ve almost got them!”

Why is that, you might be wondering? Because like us, they adapt to their circumstances. Over the course of centuries of attacking human generation ships, the Nagdellians have learned that humans like to pick up on patterns and exploit them. A human would try to outwit his opponents; the Nagdellians just brute-force a solution by training their troops to switch tactics essentially at random. Of course, foot soldiers with unexpected powers are far from the only surprise that these marauders have up their proverbial sleeves… but if you want to find out what else they’re planning, you’ll have to see it with your own eyes when you defend Apotheosis City from their invasion force. 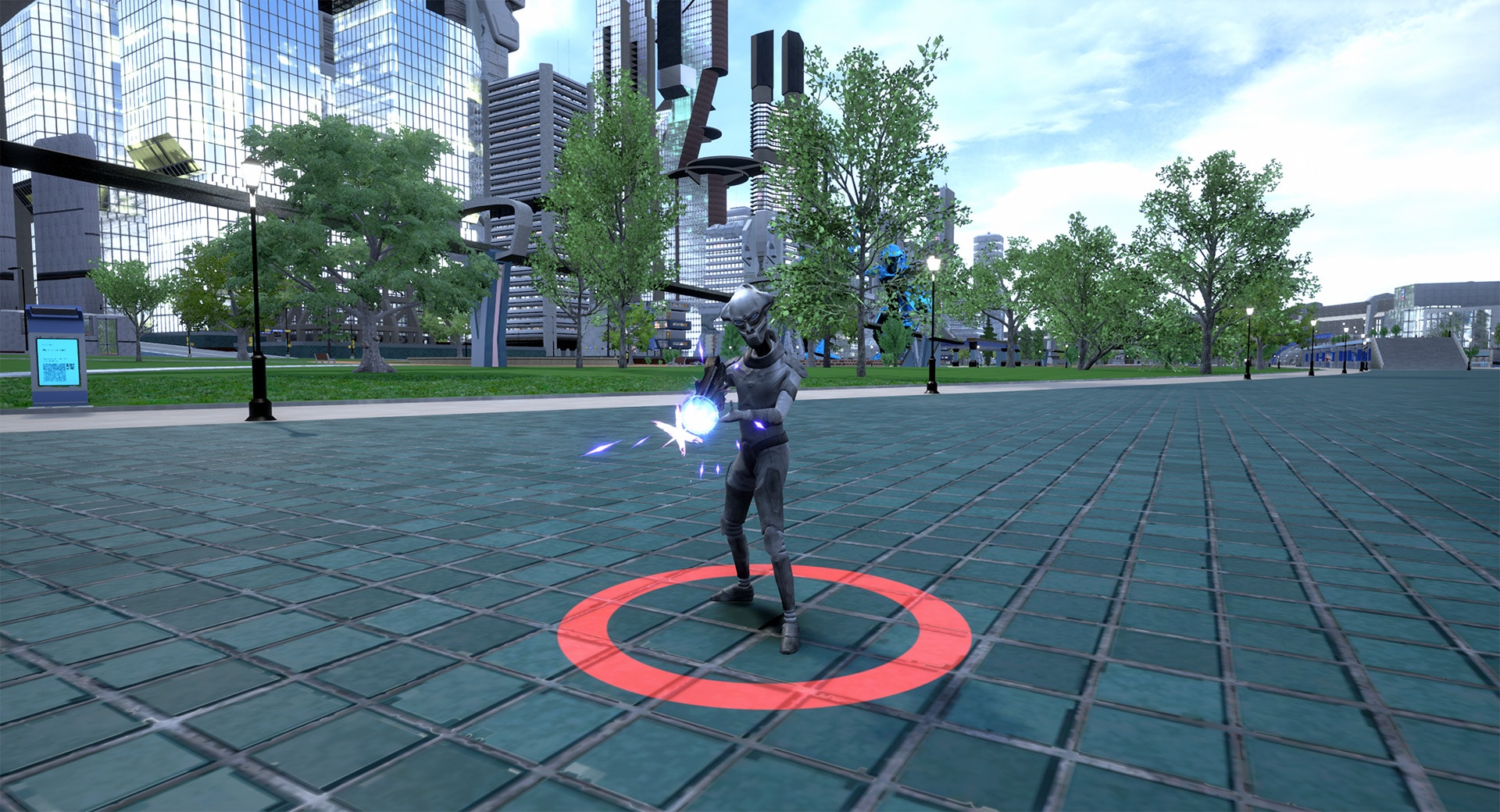 Back on their mothership, 5000 more of these guys are waiting to be teleported over in the next waves. And they’ll be replaced by fresh clones before the invasion even finishes.

If you decide you’d like to be part of the first group to test the invasion of Apotheosis City, you can go to our website and sign up in advance. There should be a sign-up sheet contact form active by tomorrow. But if the 15th is a bad day for you, don’t worry; we’ll be running this event multiple times. In fact, the best thing to do is to go to the invasion contact form on the website and propose an alternative date that works better for you. So jump in! We want to see you back in Apotheosis City! And remember, we’re a little true indie team, and your donations matter. So please donate, if you can.