The next big thing we’re working towards is the upcoming character creator Beta for Ship of Heroes. As part of the CCT Beta, you’ll be able to run around in Apotheosis City and see how things look for yourself. One of the places you will be able visit is the Beta Club, named for the CCT Beta.
The club will be a permanent addition to the map of Apotheosis City, and will be open to all players. In the long run, we anticipate that there will be multiple ways to enter the club, but for the Beta, there will be only one entrance; it is up to the players to locate it. 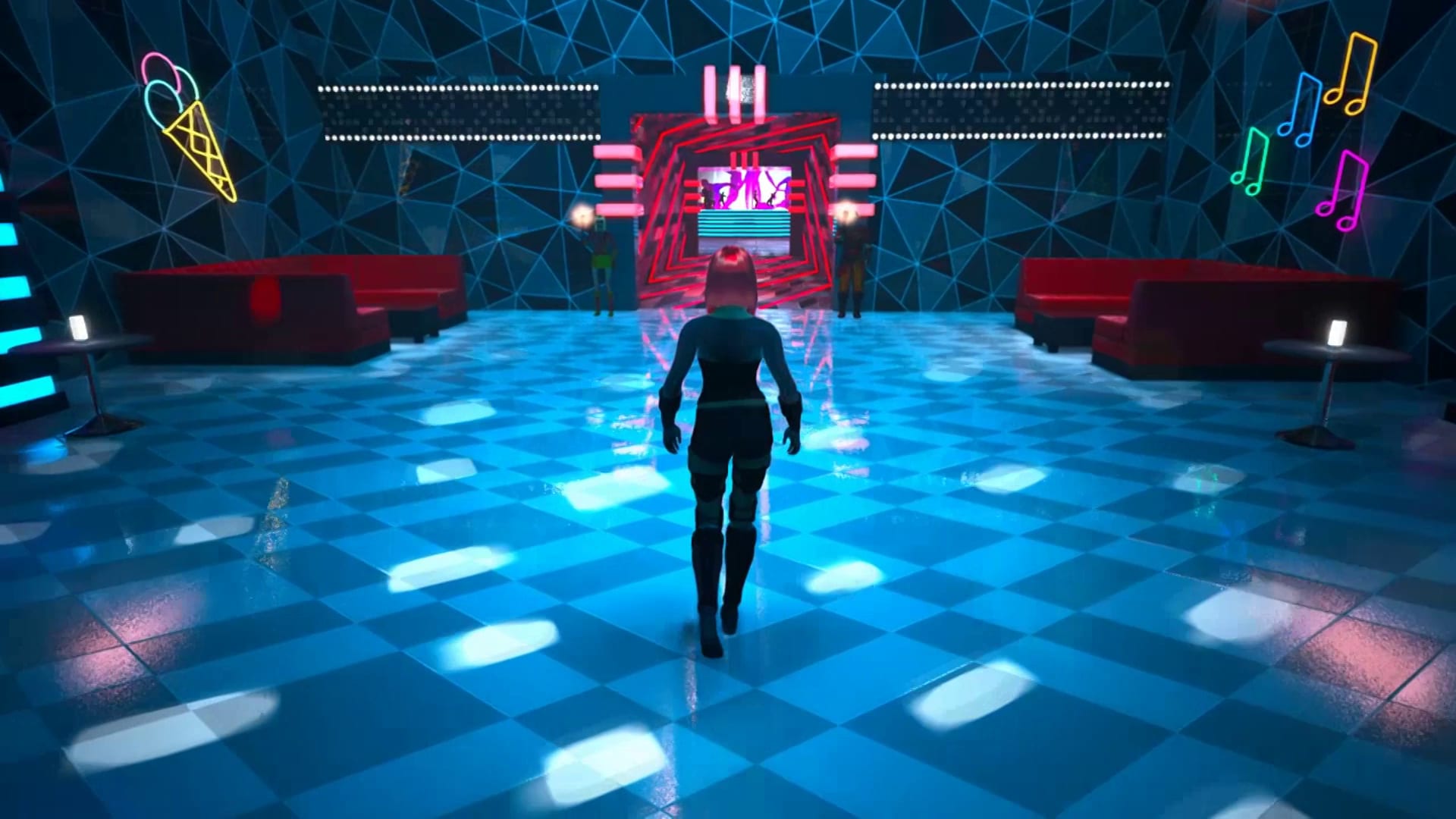 The Beta Club is what we call a public instance, which any player can enter. We’ve previously shown a couple of private instances, which are only open to players who meet some condition, like being on the right mission or task force. There’s no combat inside the club. Instead, it’s a place for players to meet up and enjoy some cool visual effects; we may even add some mission content to the club later. 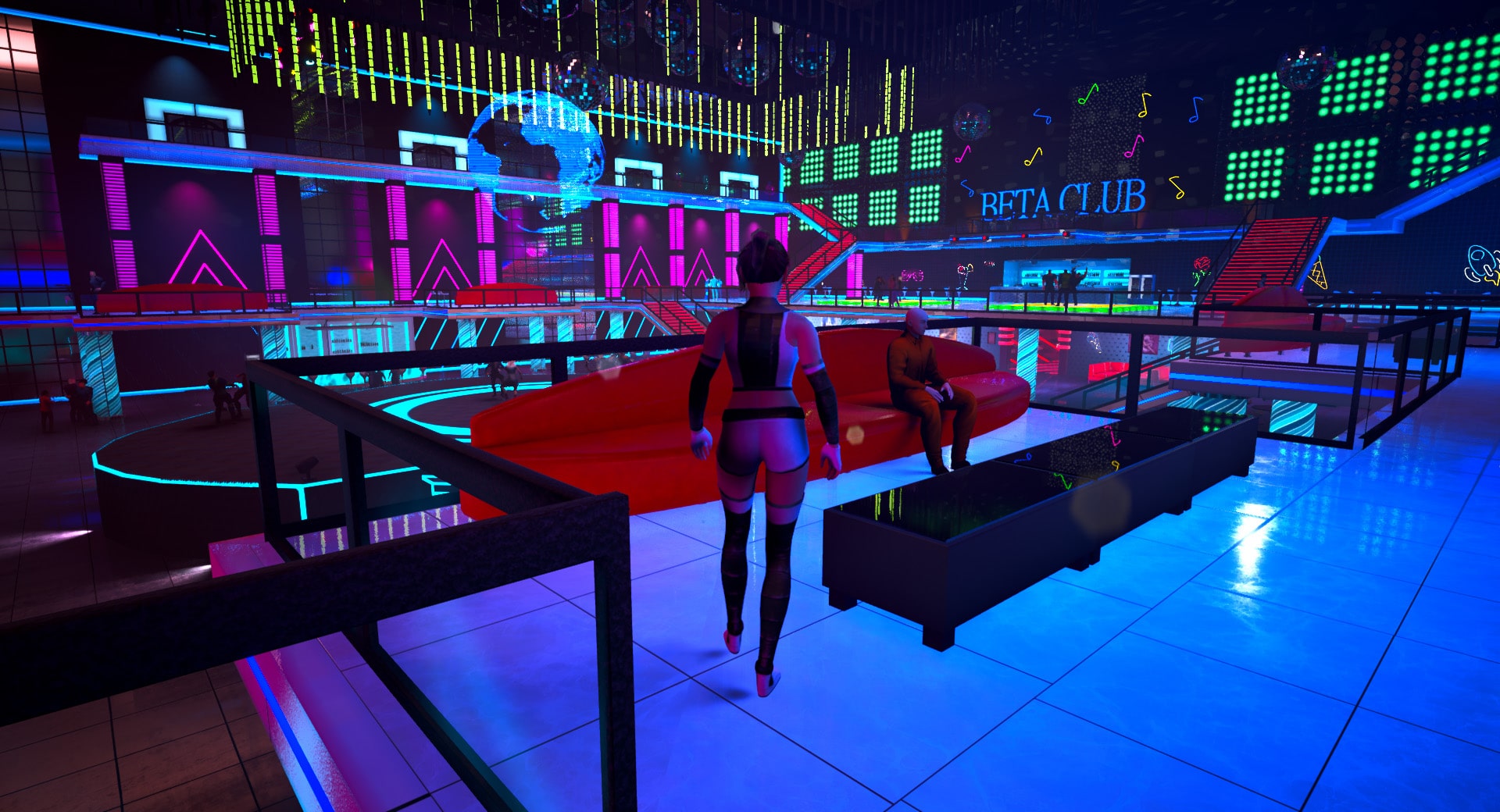 Snow Drift meets a friend in the club.

Two of the things we are balancing in the Beta Club are the need to provide an exciting location and the need to have good FPS inside. We think we’ve got that now, as FPS is varying between about 50 and 100 for a single player. It is worth noting that a player can adjust the settings for SoH on the fly to raise FPS by several different means. This video was taken on Ultra settings. You can see a lot of dynamic lighting and reflection effects with these settings. 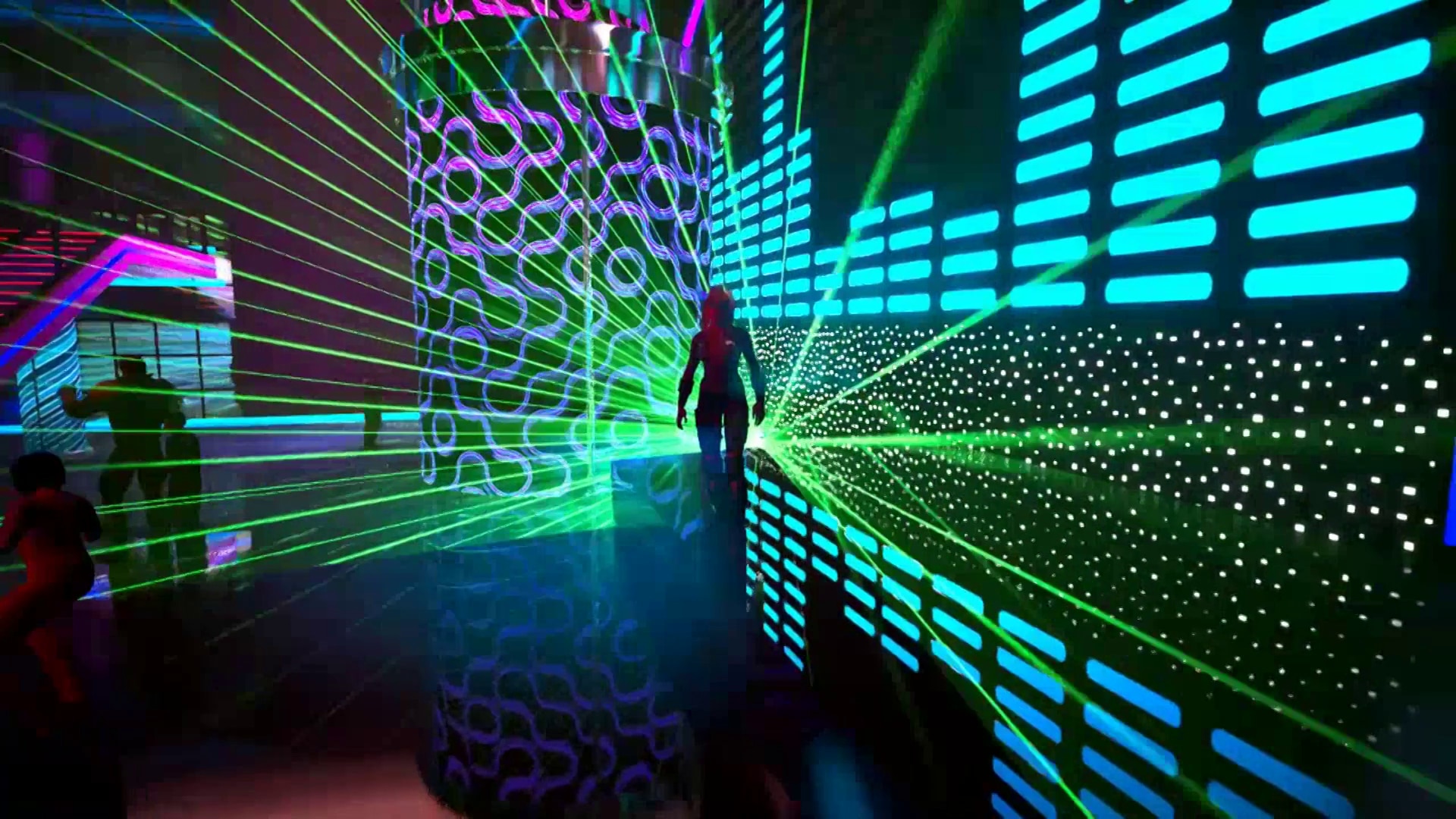 The Beta Club has some of the most sophisticated lighting in Apotheosis City.

During the CCT Beta, there will be roughly a dozen exploration badges that can be obtained by exploring the city. These will be attached to your account, and will carry over into the launched game, and you’ll see our prototype system for tracking which badges you’ve earned so far. As always, we look forward to the feedback that you provide from actually using these systems. And by the way, there will be one special badge that can be found inside the Beta Club and will be unique to the participants of the CCT Beta. Which means if you don’t get the badge during the Beta, you’ll have to wait a year or two to catch up using the game store. 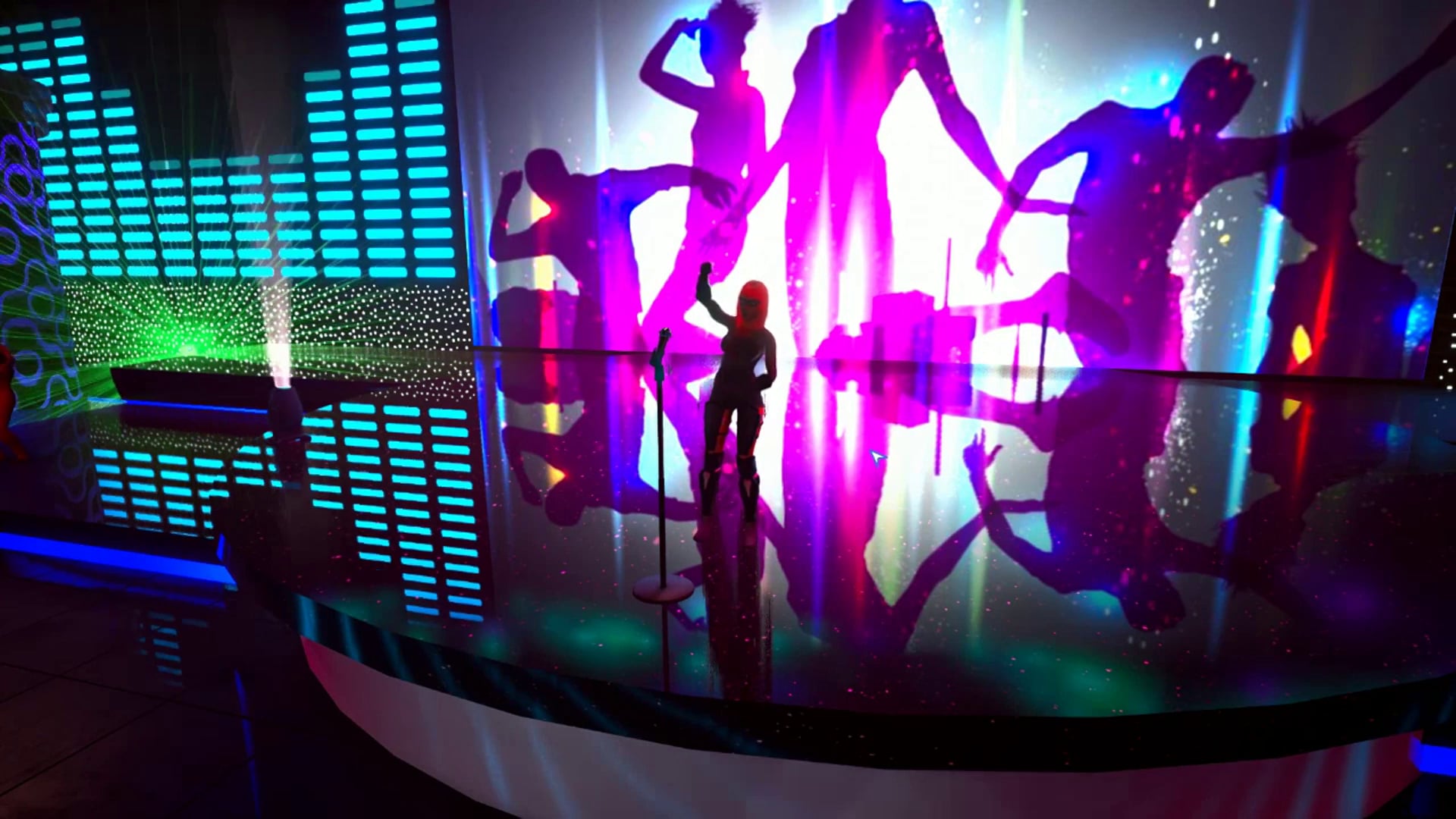 Playing with emotes on the dance stage.

We’re building so much new content for the CCT Beta that it’s going to take at least two more videos to show it all. The current plan is to go through the next big interior map, the hospital, which has a completely different art style and feel. After that, we’ll do a video focusing on the many different things you can do with the CCT during the Beta, particularly for your heroes’ faces. 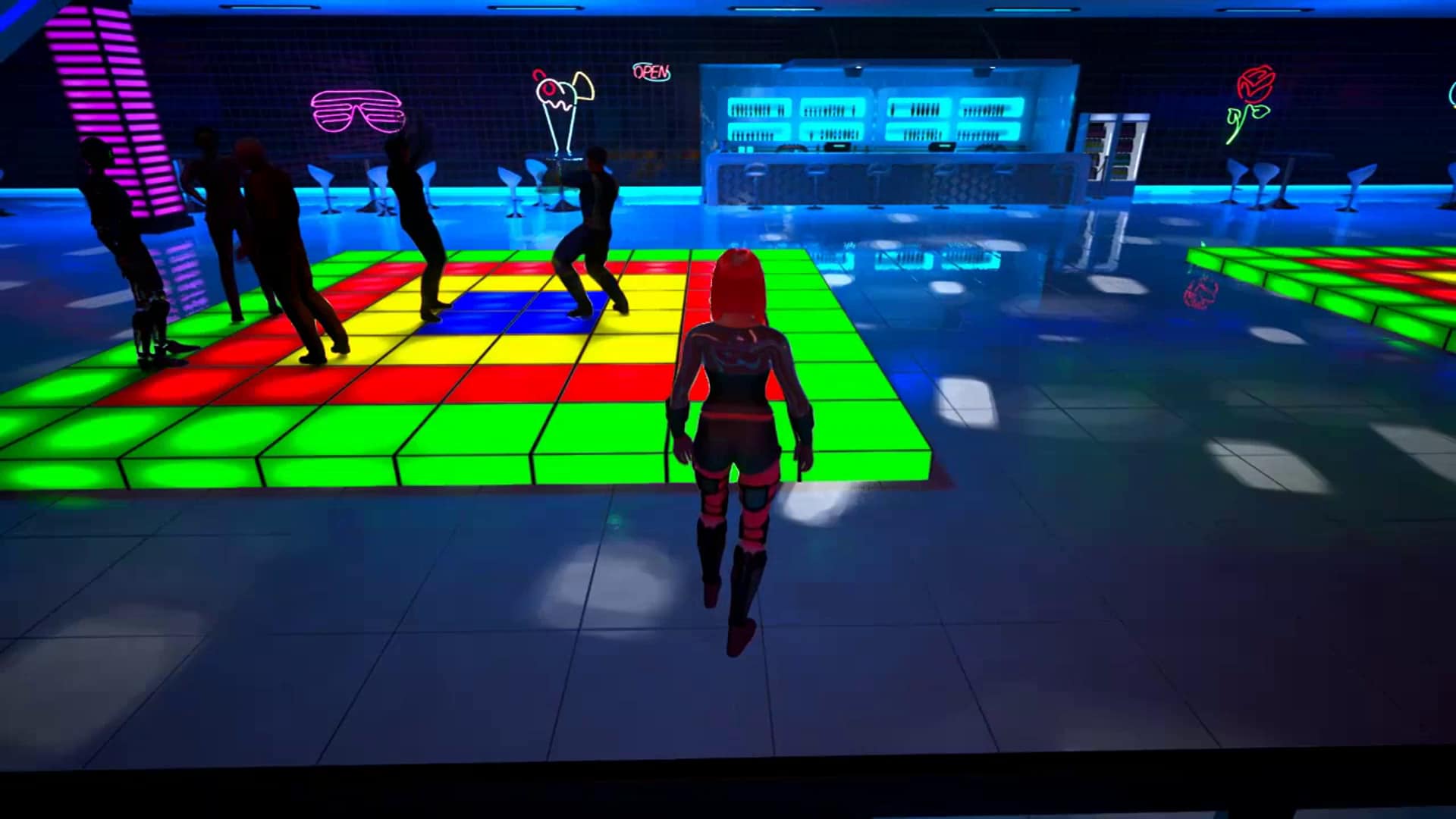 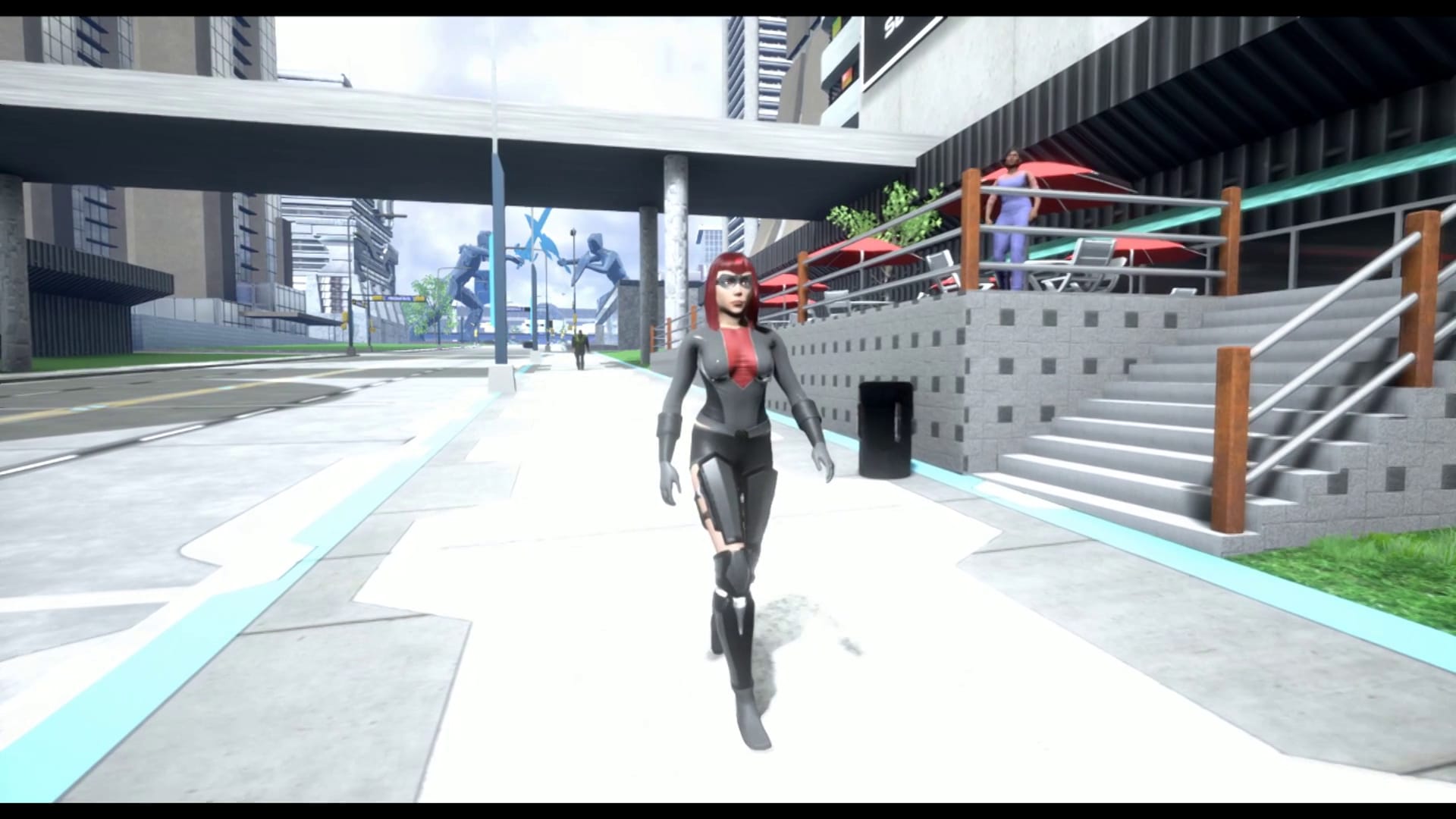 The principle colors of the Sorceress’ costume are gray and black.

⦁ Following up a request from the game forums, we are briefly showing The Sorceress outside in the full daylight, since she has a gray-and-black costume and there were requests to see how dark the costume colors can be.

⦁ The nightclub music is licensed, and we currently intend to keep it in place as background music. The volume has been set low enough that it shouldn’t be a problem for players who are in the Beta Club for an extended period.

⦁ For those with a good memory, the NPCs at the club entrance are holding torches, which is a shout-out to one of our earlier videos, and to the closure of City of Heroes in 2012.

⦁ It is possible for a player to alter the lighting in the club to make the scene much brighter than what’s shown. We discovered this by accident while testing our player-side FPS adjustment tools.

⦁ The community requested an alternative in-air animation as a result of the superspeed video, and we are happy to provide the alternative animation you see in the video; it was developed by our lead animator. 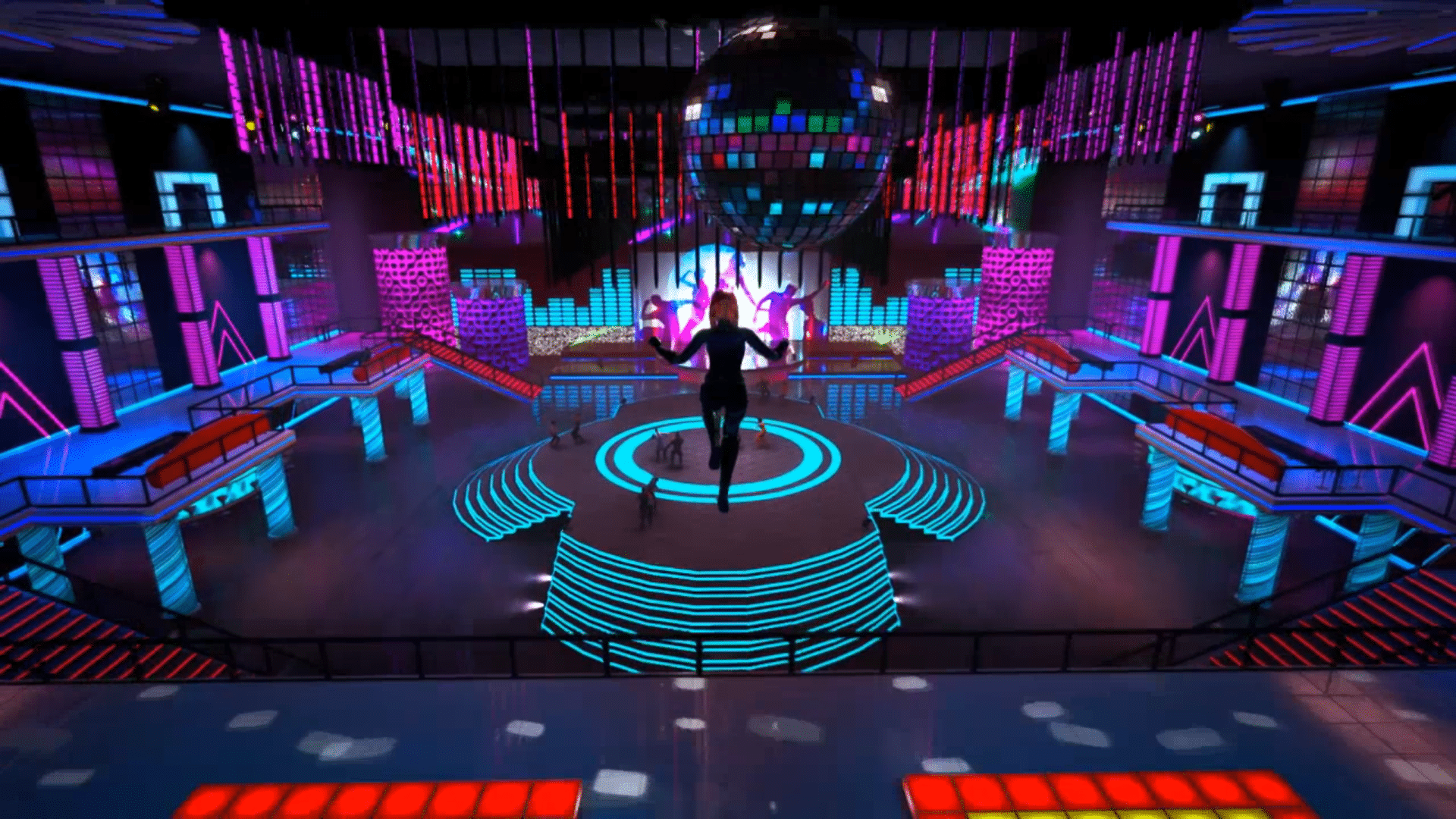 Futuristic heroes like having big, open spaces to fly around in.