This video shows six members of our development team playing ordinary characters in Apotheosis City. They enter their mission map through the mission doors in a building on the northeast side of the Arch.

One of us played an observer to provide a split-screen view of the team’s entry and exit from the mission. The different viewpoints contrast the perspectives of team members and non-team-members as the mission is started and completed. 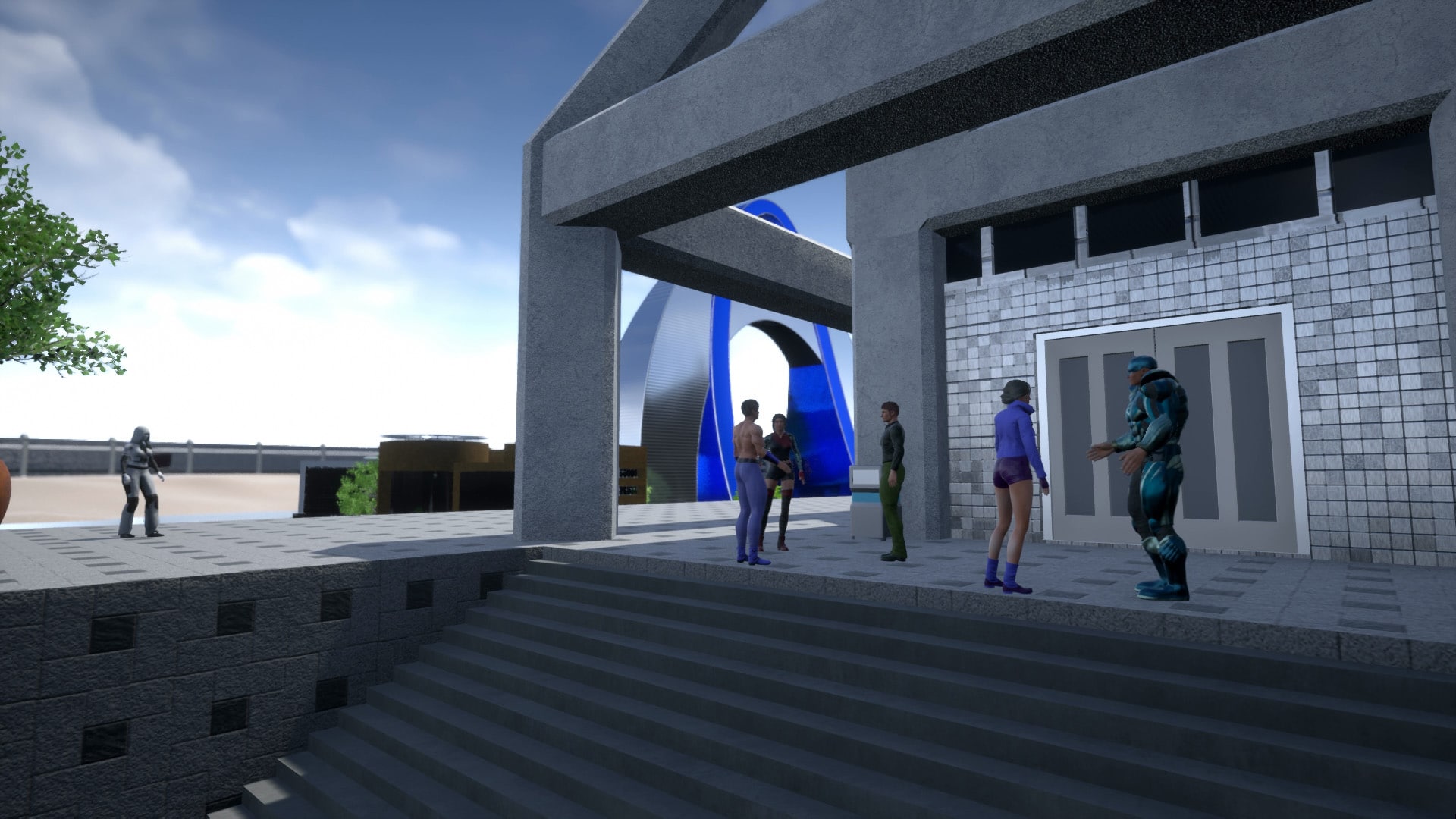 Multiple gameplay features that we’ve previously developed have been integrated into this video, including mission maps, teaming, and Promethean enemies. New code features such as the doors, mission glowies, contingent effects for mission completion, and new UI elements have also been integrated. There is still more to code, and more art to integrate to achieve our at-launch mission system specifications, but we are making good progress.

Five team members are shown, plus an observer. In response to requests on our forums and on social media, Green Pants Man makes his dramatic return as the team leader of this group of expert Promethean hunters. 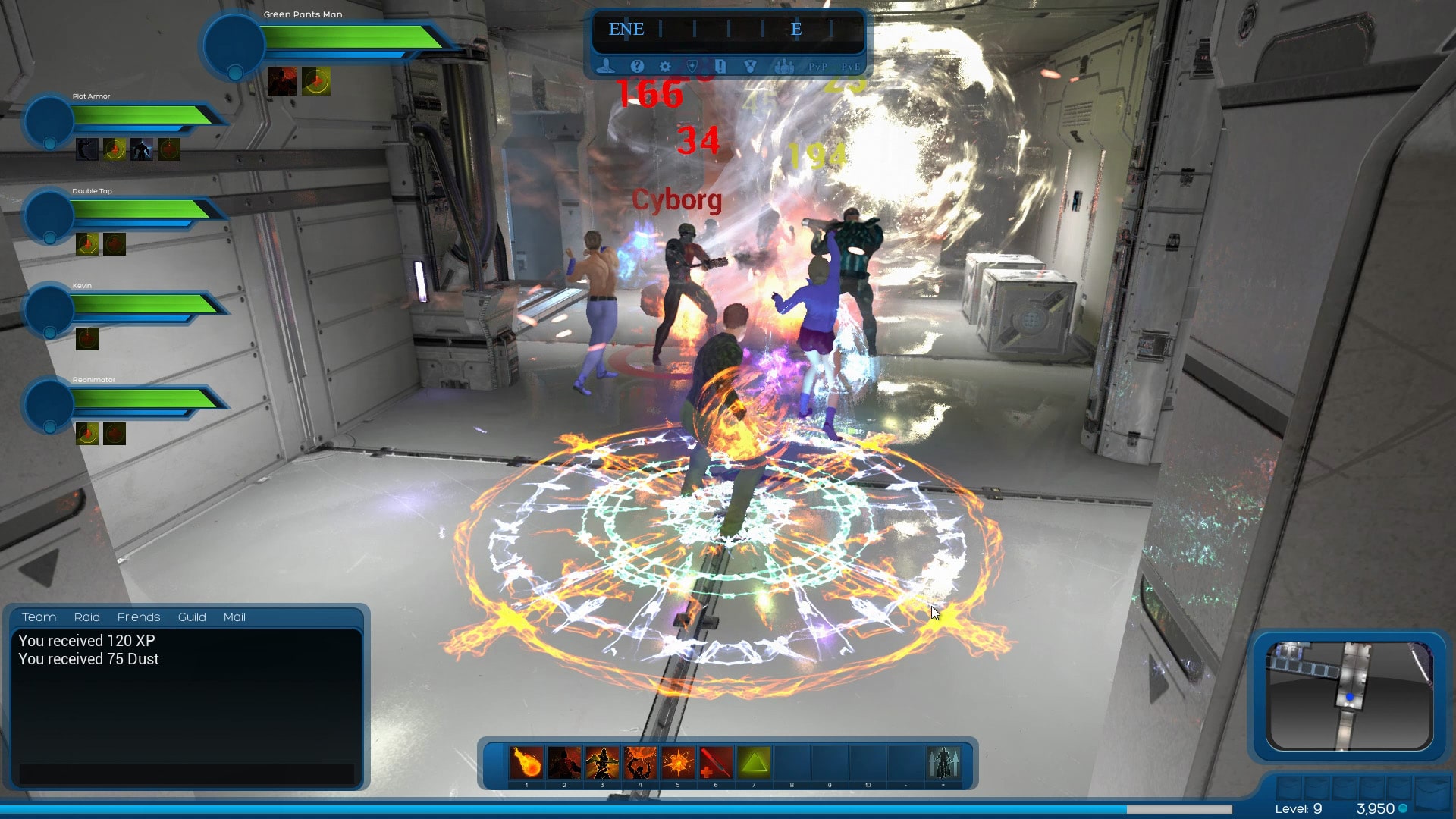 Mission Instances is the first of two videos scheduled for release in August.  We will also be producing some materials, and an additional video, for the panel on new superhero games at PAX West in September, 2017.  Therefore we will release our video on CCT improvements in early September, after we return from PAX.

As always, comments and suggestions are taken on our forums in the Ask the Devs section at https://www.shipofheroes.com/, where a discussion of this video is already underway. 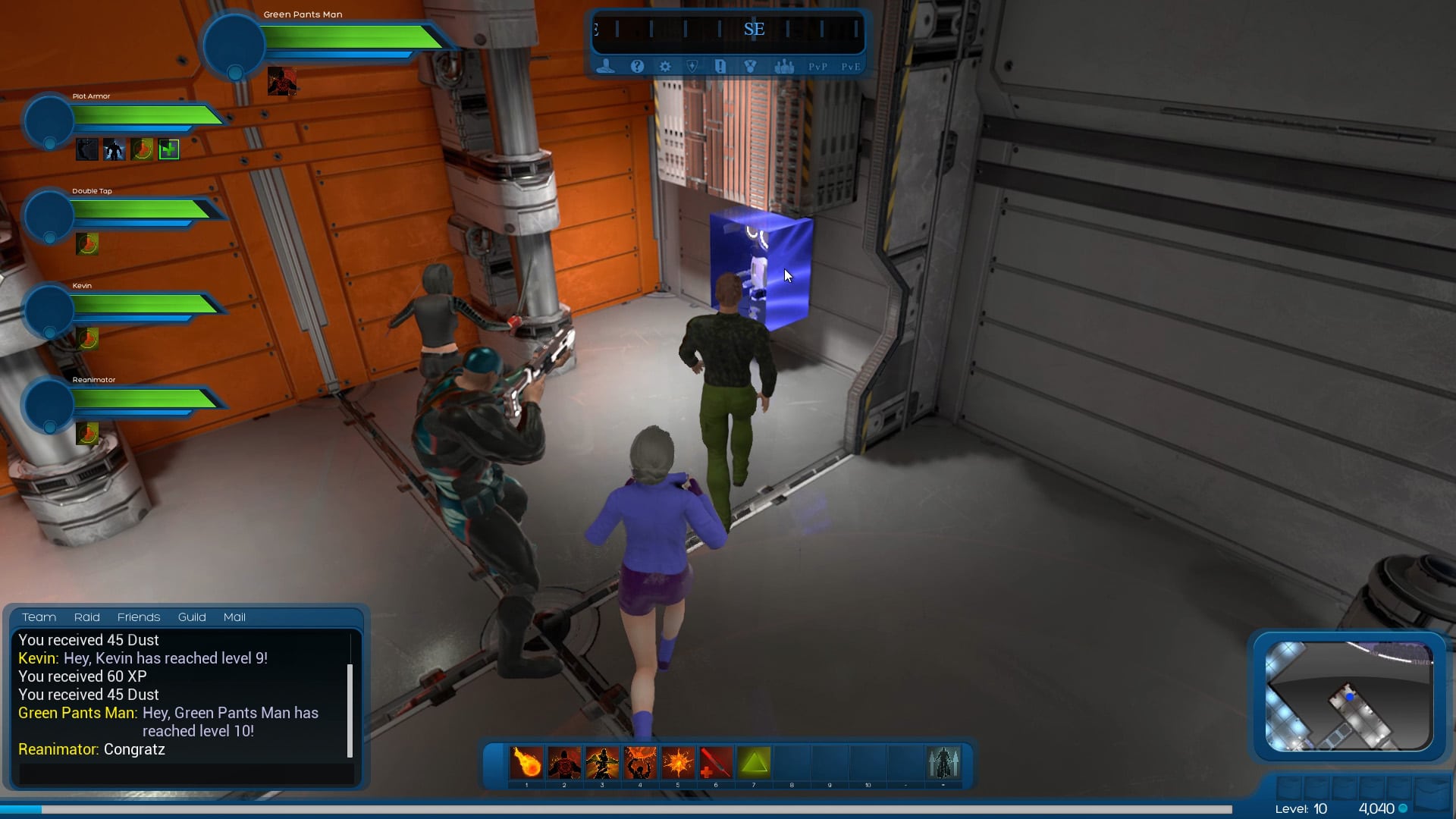 As always, the visual FX, SFX, and animations shown in this video are works in progress, and will be refined, adjusted, and improved over time. This video shows the addition of several new features to our existing ones, all in networked gameplay that real players would experience today with the prototype of SoH. It also shows that we need to dial down the intensity of some of our FX, and reduce the intensity of the gun sounds as well.

This video also demonstrates the current condition of our mission instance system for players, which is almost complete. We have integrated the proprietary mission maps we revealed in May, the custom teaming code we built in July, and new code elements and UI features that enable teams (and single players) to move to mission instances so they will not have to compete for resources with the other players in Apotheosis City.

Notice that clicking the mission glowie successfully completes the mission, and that the glowie is only available after the Promethean enemies have been defeated.  Also note that each team member enters and leaves the mission individually.  This means that teams have the ability to split up and accomplish more than one task in parallel, with part of the team in one mission instance while other team members are doing something else.

Some of the technical issues we’ve resolved with this set of code improvements include:

Also, the perspective on the mission door is provided using a split-screen to show that the glowing effect on the door is only visible to team members, who have the mission, and not to the nearby observer.  This is another way of showing that the instance is closed to non-team-members.  The split-screen also provides a way of demonstrating the successful return of team members to the city after the mission is complete.

Our dev team coded these features into the latest working prototype of Ship of Heroes, as they have done with the other features we have shown.  Our mission instances are not derived from any plugins or code fragments in the Unreal Marketplace. 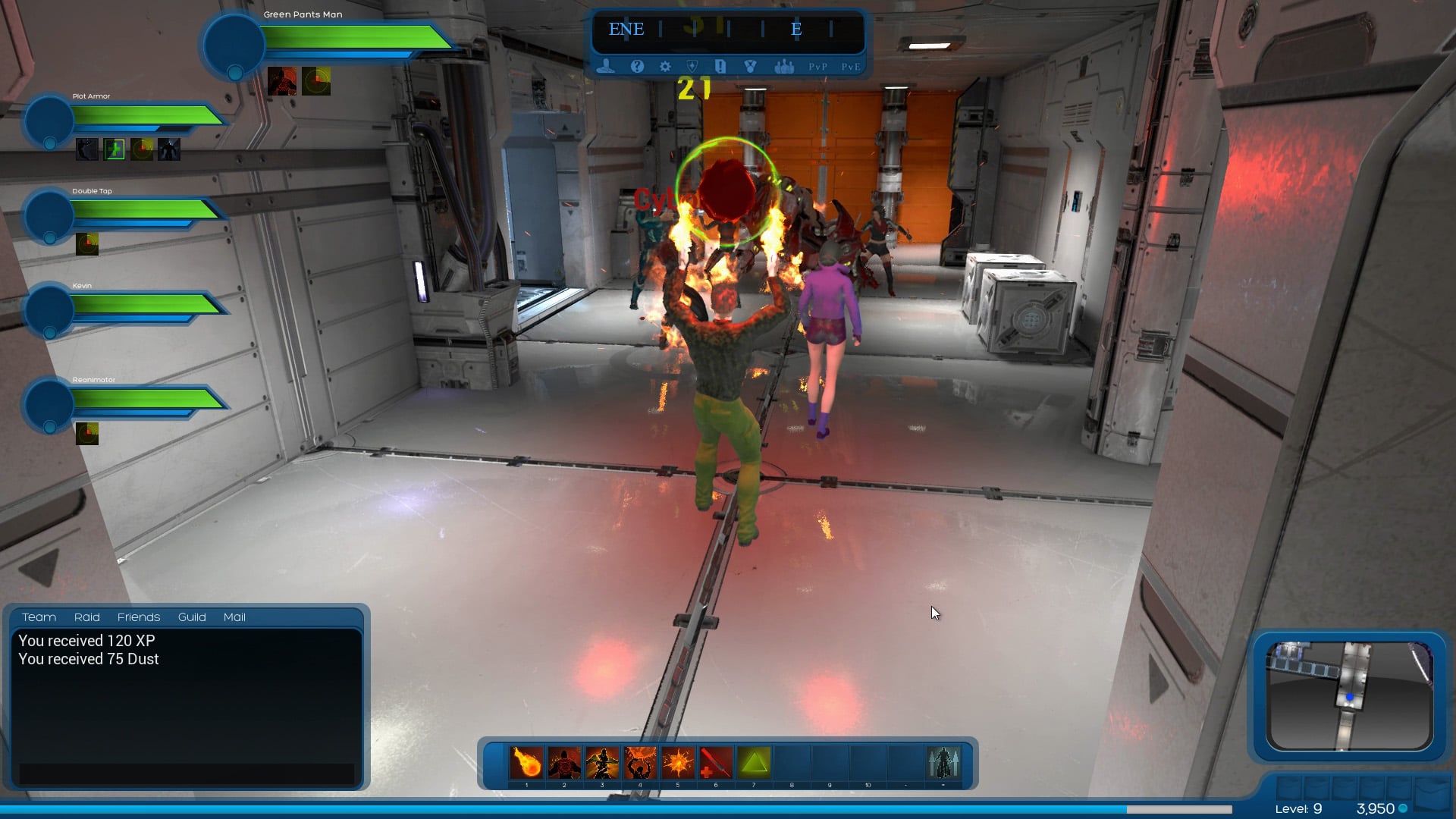