Back in June we promised to show at least one powerset at night, and now we’re delivering on that promise. Lightning looks good at night! Those of you wondering what this powerset looks like in daylight can check out our PAX West video trailer, where half of the powers are used in a daytime fight at the end of the video.
​

This set is a primary powerset for Devastators, and a secondary for Support characters like Dr. Strikewell. Most of the powers shown have primary and secondary effects of damage and defense debuff, though a few have other debuffs. In addition to the damage powers shown in the video, there are also two self-buff powers, which are specifically designed to give a ranged player some surge combat power in a fight. This powerset is designed for rapid takedowns of enemies, rather than for giving a Devastator more short duration resistance or defense to hang in the fight. For Dr. Strikewell, it allows her to contribute some damage between uses of her primary set’s heals and buffs. 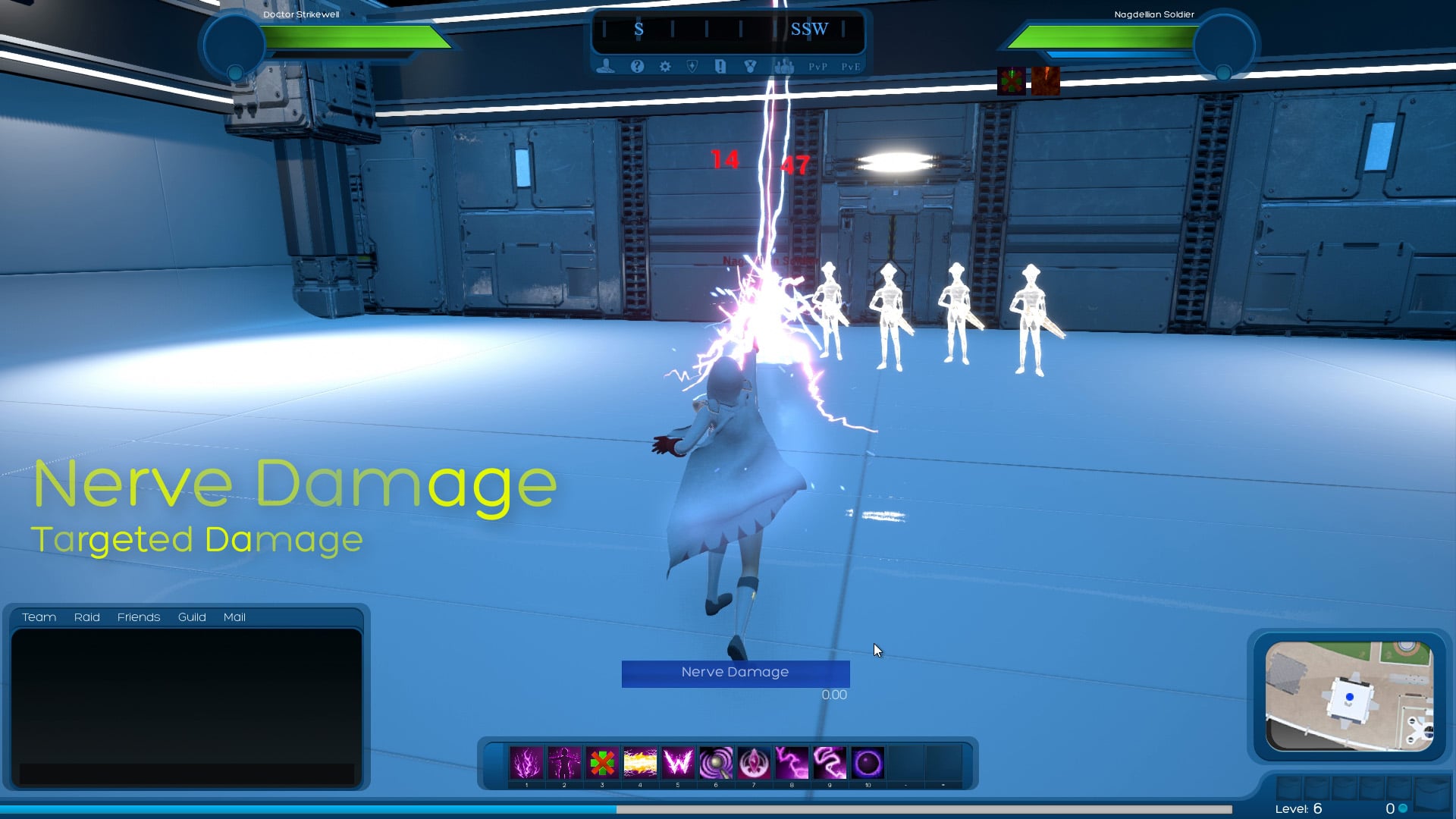 Dr. Strikewell, who is demonstrating the powers, has a primary powerset of Mystic Healing; Lightning Blast is her secondary powerset. We’ve also added a shout-out to the participants from our successful character creator Alpha test by placing a few of their characters behind Dr. Strikewell in the powers testing center as an audience. Thank you, testers! 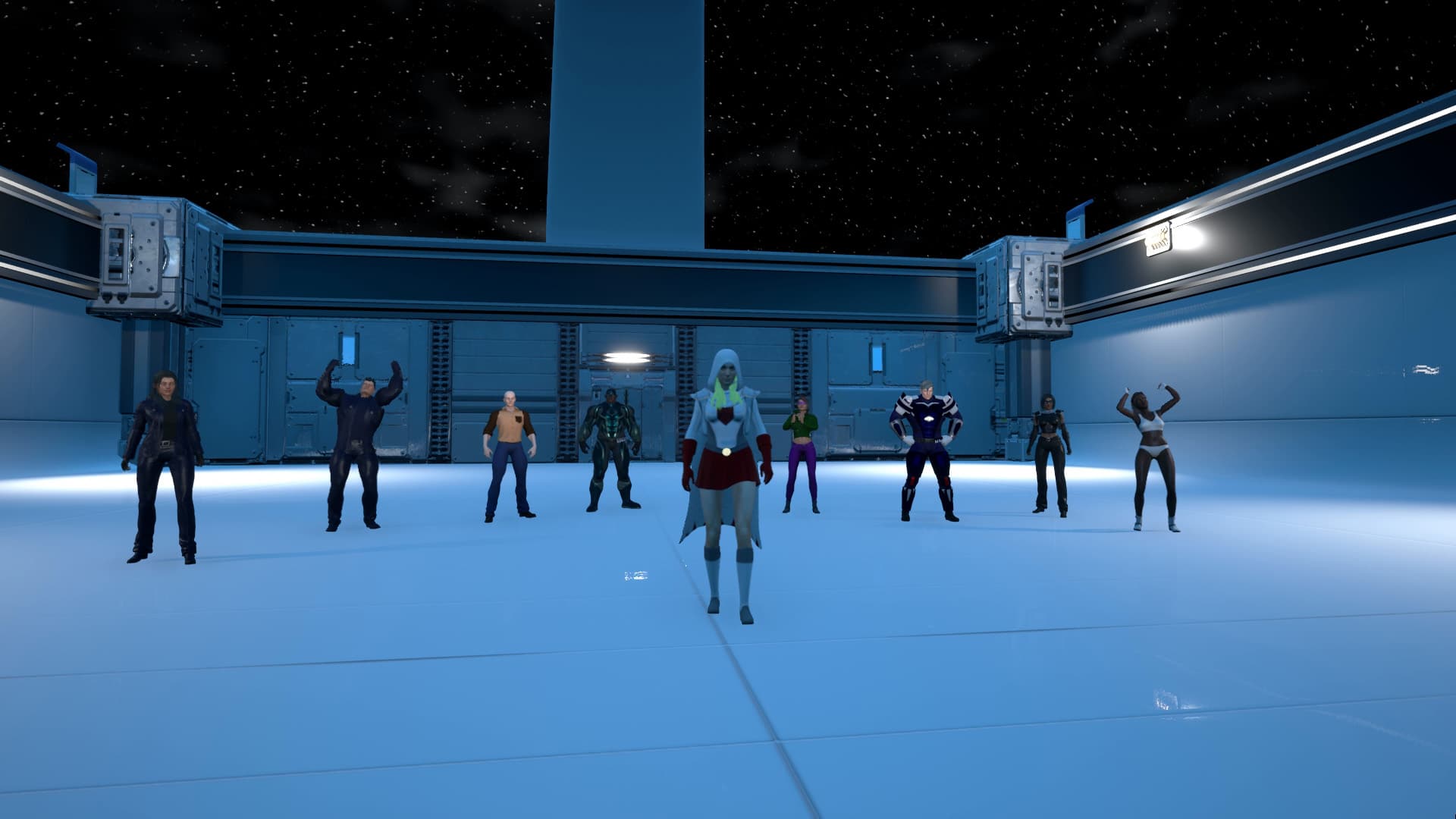 Overall, we think you’ll be happy with the direction that we’re taking on powers. Having lightning leap from one enemy to another is just plain cool. Adding powers usable against single targets, locations, and mobs gives the Lightning Blast powerset a lot of versatility. Since you’ll be choosing which lightning powers to take and which to skip, your character can be uniquely yours, and very easy to spot in a fight. 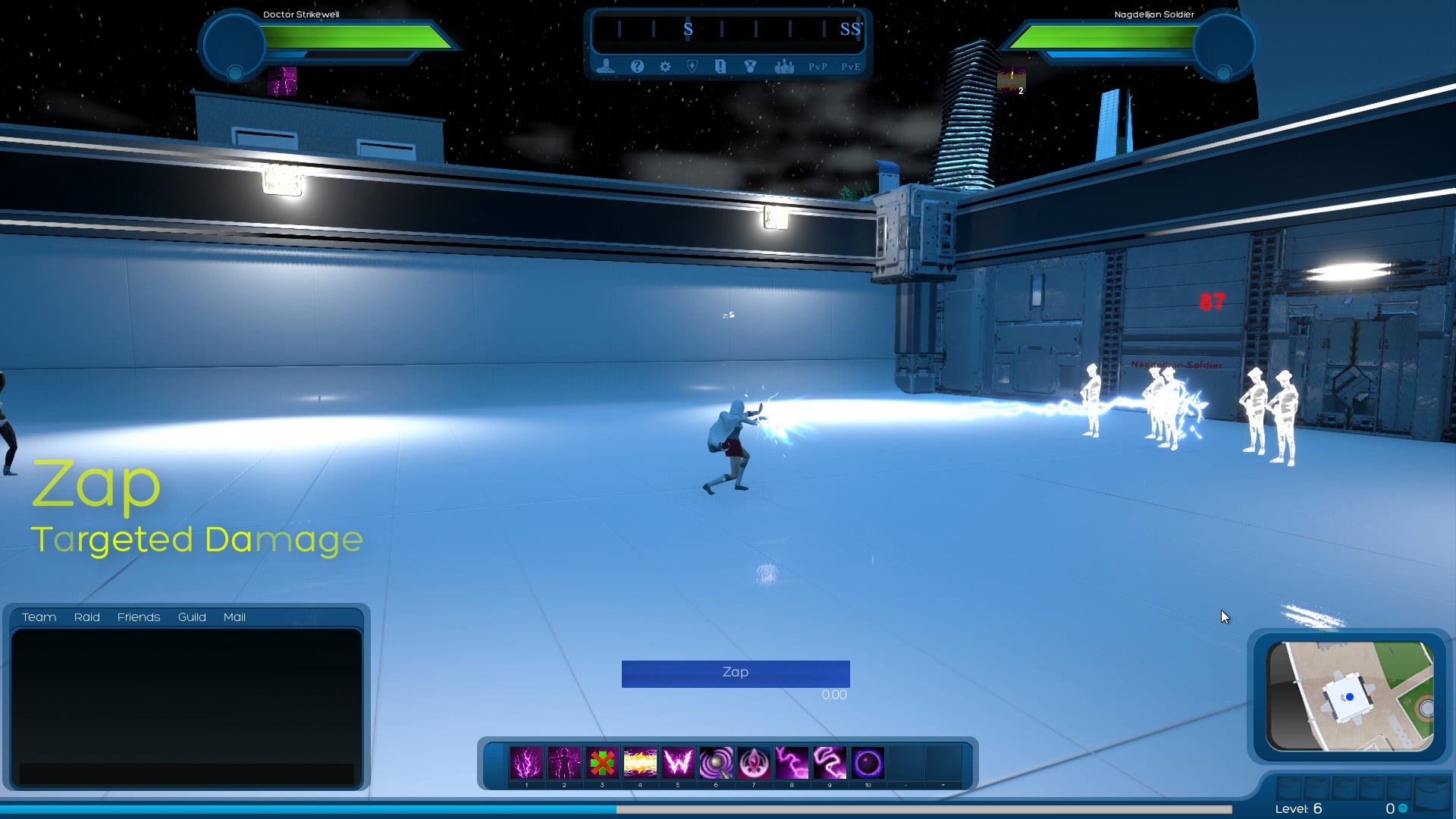 Our intent is to show Dark Magic Blast later this month. That powerset will have a substantial set of custom animations and FX.

All of the FX, SFX, and animations shown in this video are works in progress, and we plan to change and improve them over the next year. We’ve expanded our team to add professional FX and animation personnel so that we can upgrade our powers. This video shows the current state of development of our third full powerset in the gameplay executable and demonstrates what a player would experience today with the prototype of SoH.

We have now shown gameplay usage of approximately 50 powers. This count includes 10 from the Fiery Blast powerset, 12 from the Street Sweeper powerset, 10 from Lightning Blast, plus partial reveals from other powersets including Mystic Healing, Energy Melee, and Sword Melee, and flight, which is a universal travel power.

Back in June we promised to record at least one powerset in nighttime conditions aboard the Justice. Lightning Blast is the best choice; lightning looks very dramatic at night. However, our exact day and night lighting is not settled yet, so there could be slight alterations yet to come. You can see that the blue filter which Unreal Engine 4 uses for nighttime turns Dr. Strikewell’s hair green – but then, every game faces challenges like that in its alpha stage. 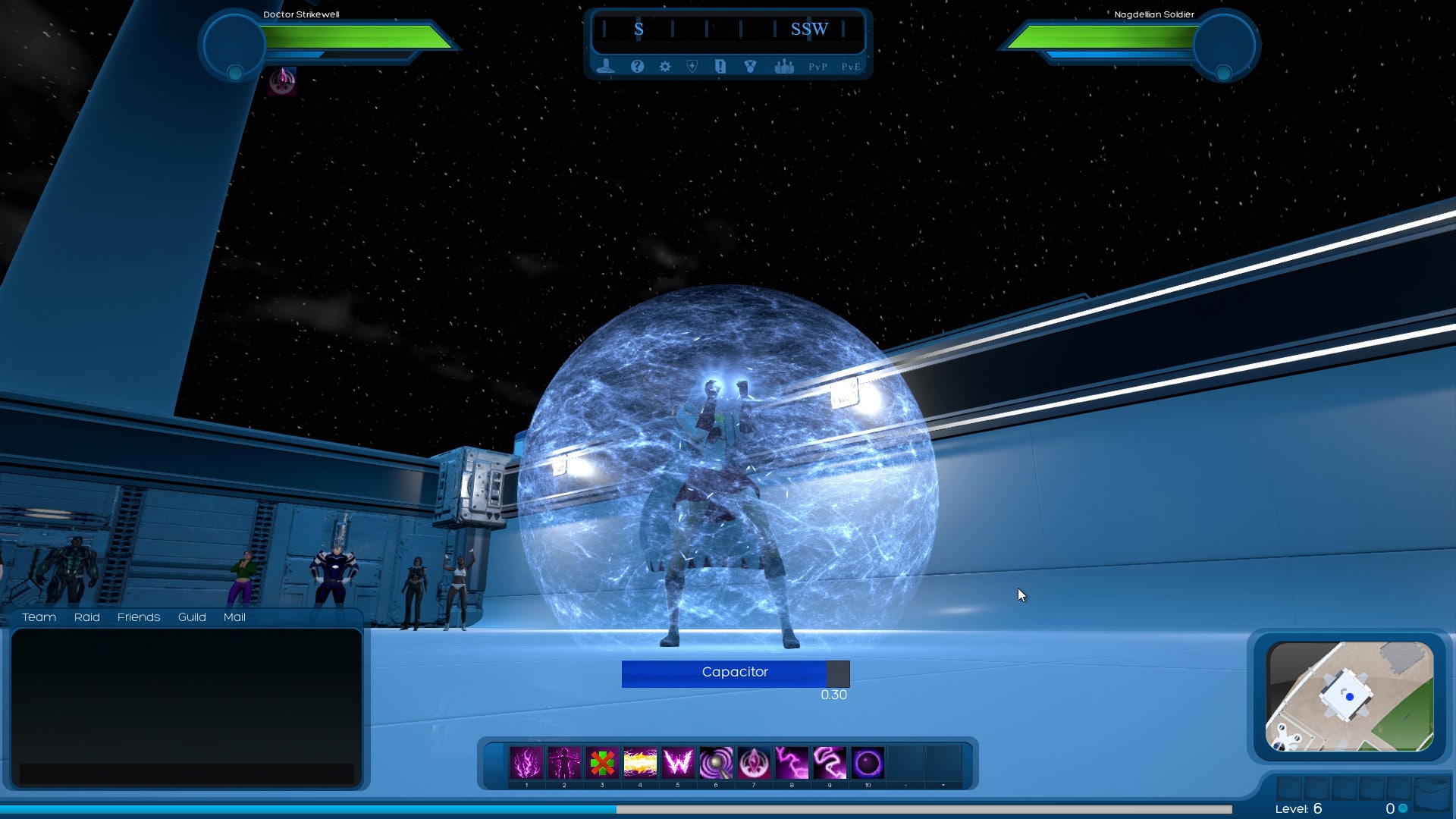 Lightning Blast is a long-range powerset designed for the Devastator and Support archetypes. It is a primary powerset for Devastators, and a secondary powerset for Supports. The powers include a balanced mix of ranged single-target and AOE attacks. Most attacks have the secondary effect of defense debuff, though there are currently two resistance debuffs, and one health regeneration debuff. In addition to eight current attack powers, there are the two self-buffs: Overload, which enhances damage and accuracy, and Capacitor which greatly increases energy recovery. Capacitor is the last power shown in the video. Depending upon community feedback during the upcoming alphas, the powerset will likely continue to evolve over the next fifteen months.

In the video you can see that self-buffs are working. For example, from approximately 1:57 to 2:08 in the video Dr. Strikewell attacks with the power Nerve Damage twice, but in between attacks she uses the power Overload, which increases the damage done by just over 100%. Overload won’t be that powerful in the game, but this was a demonstration. And at the end of the video you can how powerful Capacitor is in terms or restoring Dr. Strikewell’s energy level.

At approximately 1:26 in the video you can see the power Forked, in which a single ranged target is struck by lightning, and then the lightning jumps from that target to nearby targets, doing damage to them as well. We actually have two versions of this; in the second version the primary target is hit and the lightning then leaps from the primary target to a secondary one, then to another secondary one, and then another, depending upon who is in range. We’re not sure which version we are going to stay with right now.

This is the first video in which we show targets reacting to being struck, in this case with an animation of being shocked. This was a feature requested by the community, so we are happy to deliver. We will continue to do this in the future.