Happy Halloween to everyone reading this newsletter. We’ve published a new Halloween video showing our version of Trick or Treat, this time in the Science Park area of Apotheosis City. But remember, the tricks bring out some tough monsters, especially when this six-man team goes door-to-door. Magic is more powerful in space than on planets, so magical side-effects are magnified as well. 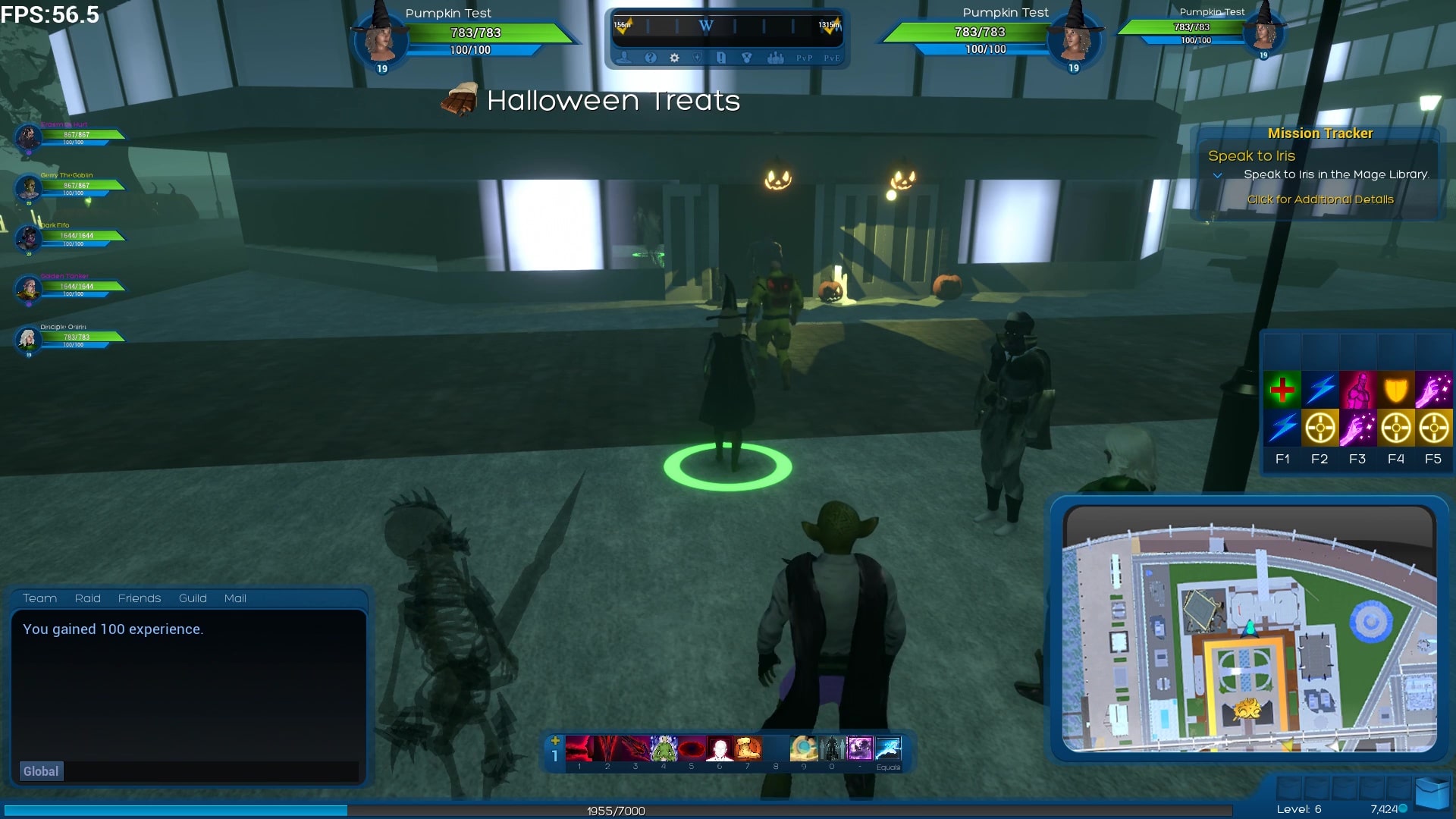 On the plus side, extra magic means extra loot.

The Apotheosis City Halloween map gets upgrades every year, and this year is no exception. We’re recording in the Science Park area of the city this time, near the theater in the back West side, opposite the museum. Our sophisticated day/night cycle and lighting really add something to the spooky Halloween atmosphere. You can see things like glowing, haunted trees even more clearly at night. 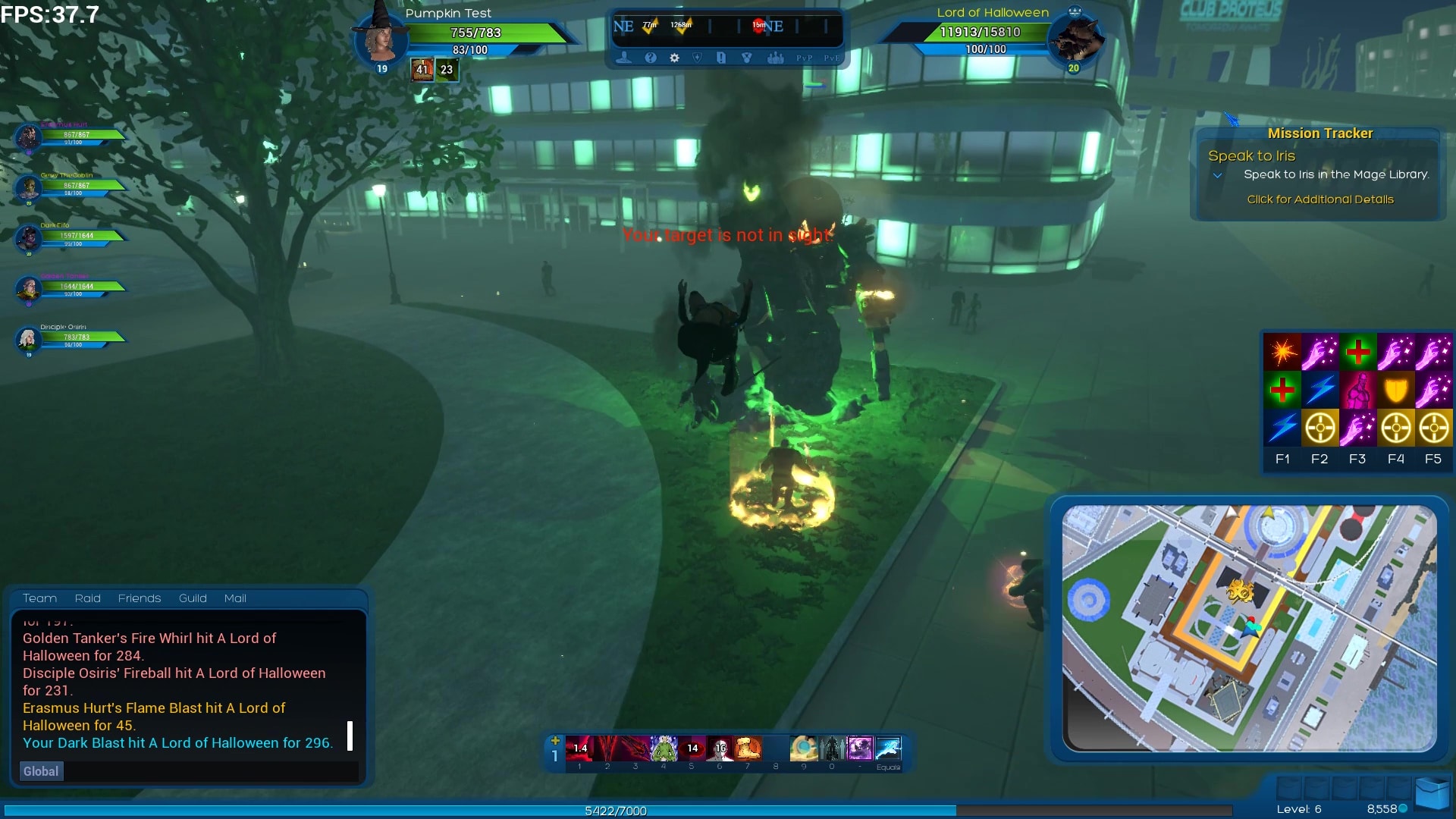 I guess this one likes his personal space…

One of the fun parts of playing this kind of content is the continuous action. Running as a team from door to door and fighting mob after mob on a rapid pace can be reminiscent of tough farm missions, but with new teammates, a new setting, and new enemies. Werewolves and Halloween-themed skeletons can spawn in big groups, so this event can be a little dangerous. 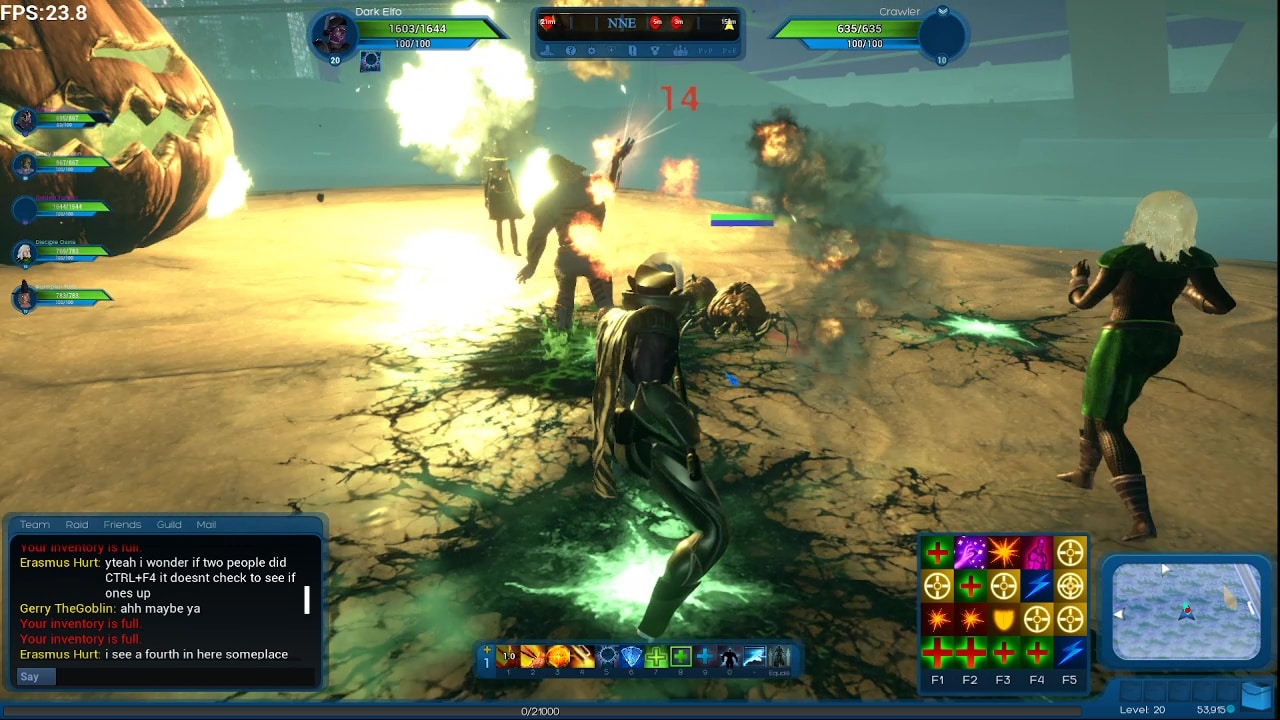 Apotheosis City is decorated even better than last year, with new fog and glow FX. Clicking on doors will either release enemies to fight, or grant special holiday loot – both are good things, in our view. Of course, there are also other threats, like the evil Jack O’ Lanterns that explode and damage players if they’re not defeated quickly enough. 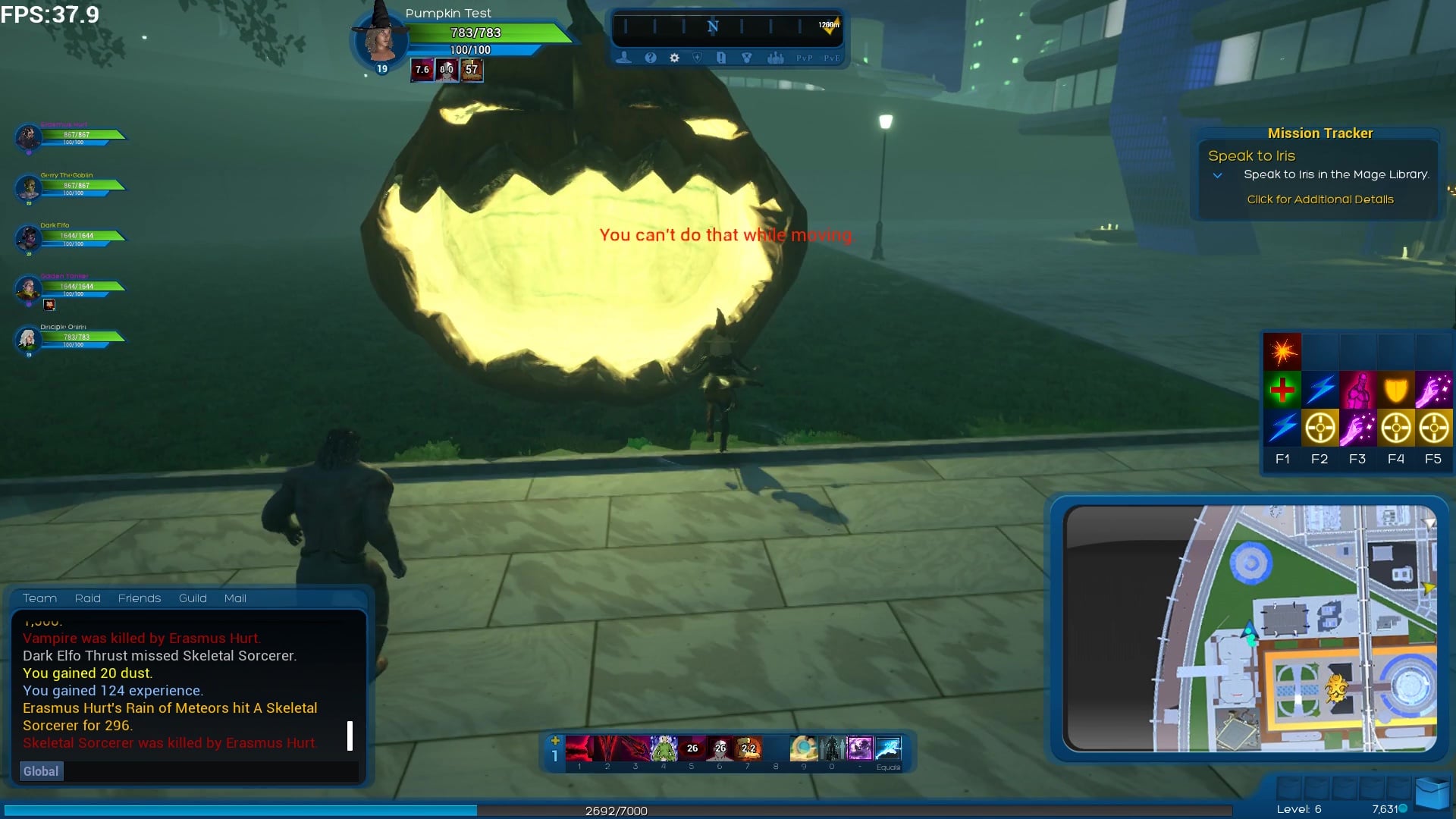 “Why is it shaking like that?” – A hero, just prior to being blasted backwards.

The final boss in this event is the Lord of Halloween – his name may change before launch. And we love to show his knockback powers! If he isn’t killed quickly enough, he can spawn large waves of werewolves and spectral demons. Knocking on doors and defeating enemies gives players treats and spectral gold, which can be used to obtain powerups that are good all year long. 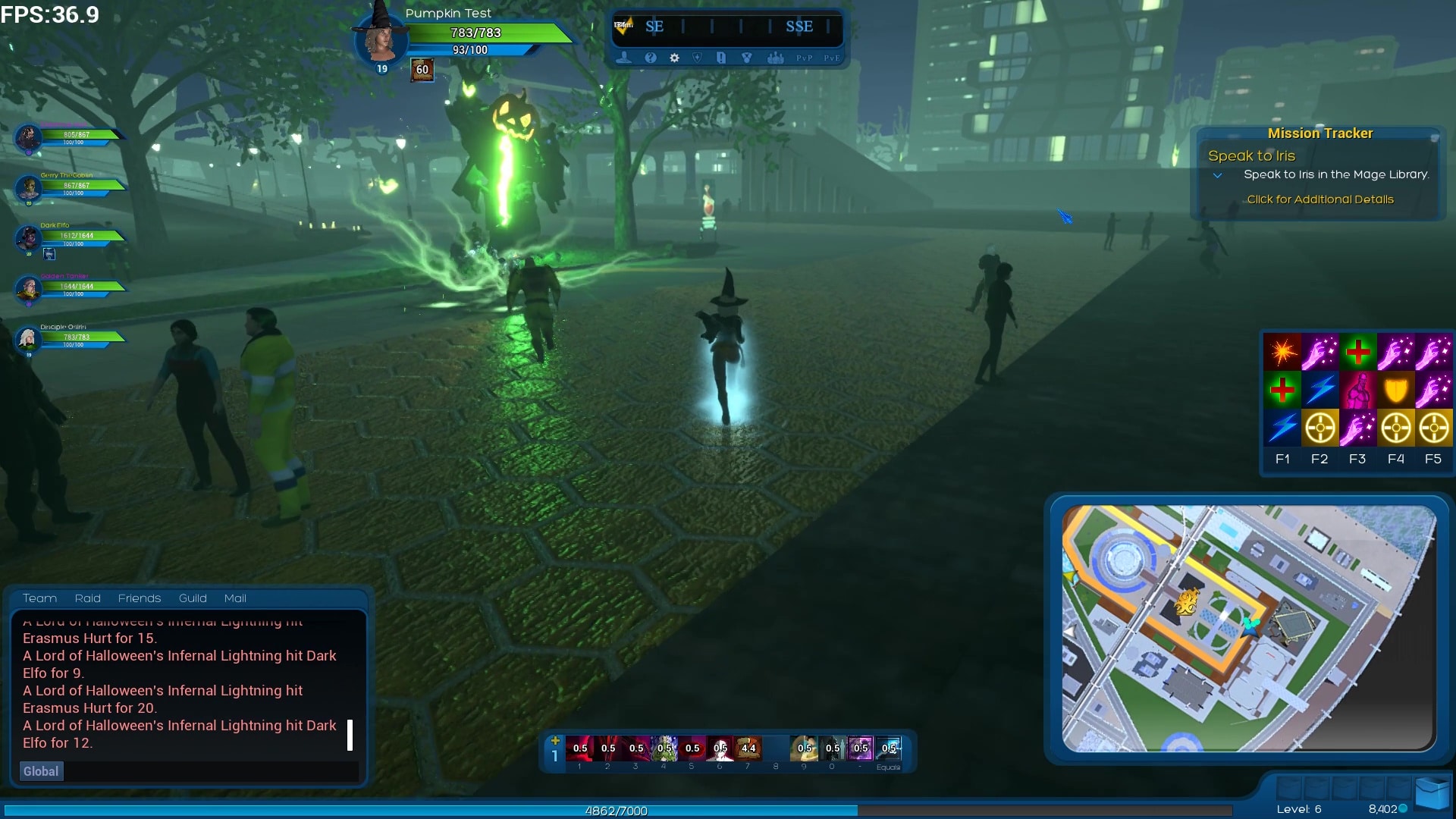 “What in the world is that?”

We also want to provide an update on the overall game assembly progress now that the summer mission Beta has concluded. One of the most desired changes was an update to textures in the city, and we have followed up by installation of Virtual Texturing (VT) throughout Ship of Heroes. VT is a relatively new feature supported by the Unreal Engine. What a player sees from this behind-the-scenes feature is slightly higher FPS, even though the older textures have all been replaced with new higher-resolution textures. Using VT also positions SoH to transition much more smoothly to Unreal 5 at some point in the future; high-res textures are a requirement for the next generation of game engine power. 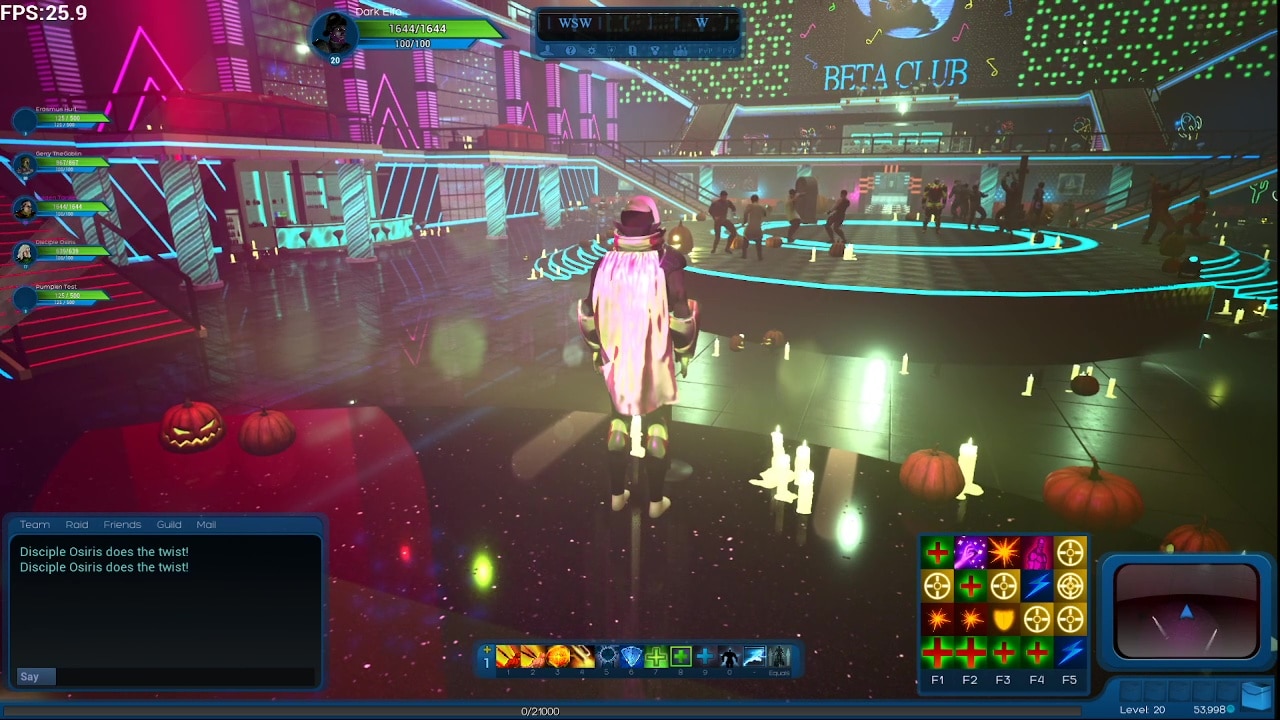 The Beta Club takes advantage of the magical fog for parties. Check it out sometime!

Once again, we thank all of you for staying with us as we build this game. We are definitely going to have a new experience to offer to the community when we launch next year, and the Halloween event is part of that. 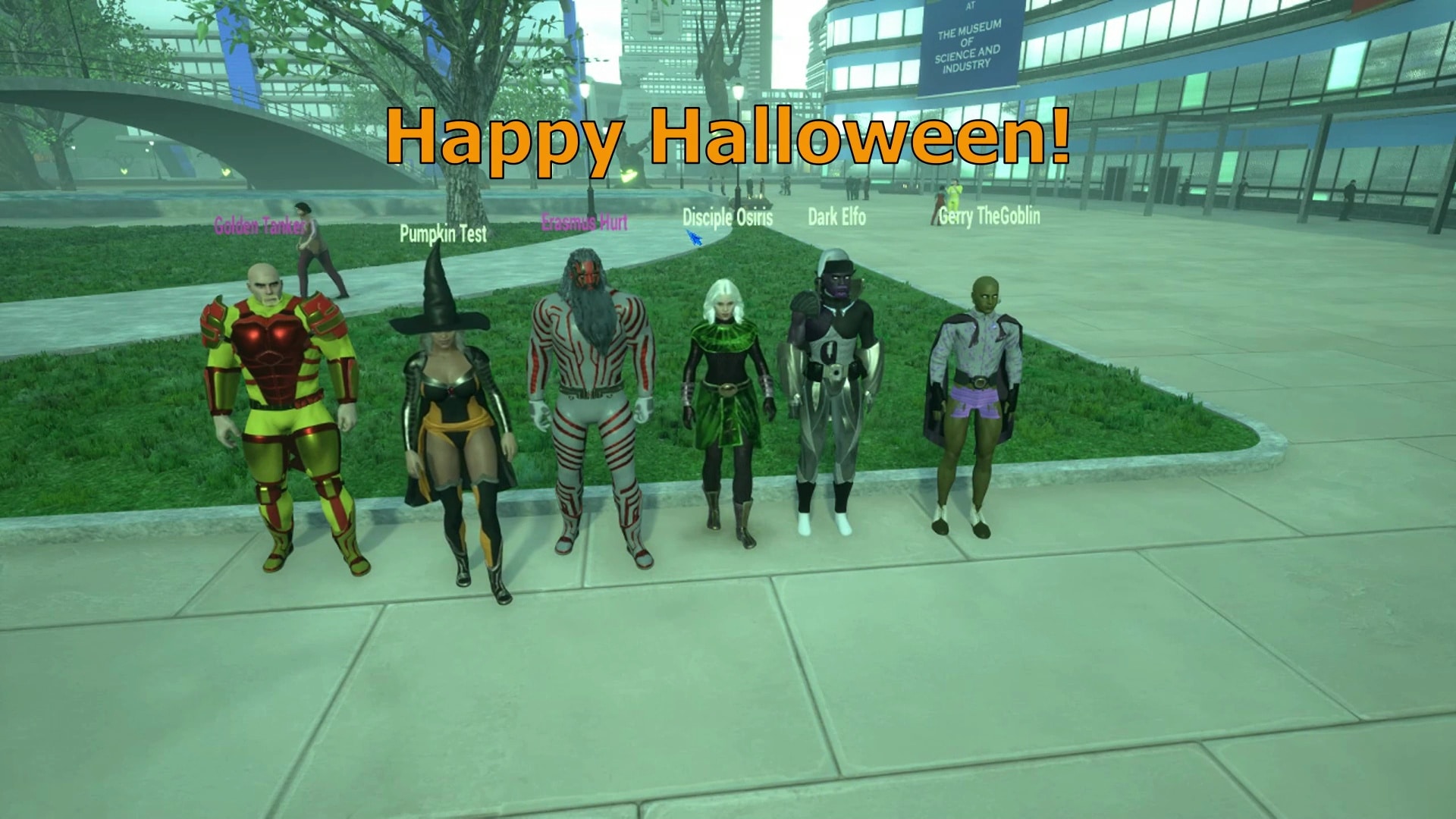 1. This video was recorded as normal gameplay on a player’s computer, with a six-player team who were physically located on several continents around the world. The server we used was leased, and was located in Canada. The video, as always, has not been retouched or altered. This is unfiltered gameplay – we only do basic editing, like cutting the footage down to a more reasonable length.

2. We’re introducing four major new enemy monsters and an entire enemy group during the Halloween event, so when we launch this you will definitely want to play it.

3. Upgrading to virtual texturing required a manual, individual review of over 30,000 textures in the game, each of which was considered for upgrade. Approximately 100 were upgraded, and 30 new replacements were created from scratch to replace textures from the past that had no hi-res versions available. Of course, even one texture matters a lot if it is something like a part of the road network that every player will see regularly.

4. Fixes and upgrades to the new Ship of Heroes website are still ongoing, but we are getting ready to publish this new site in the near future. It’s not a polish-pass on the old website; it is a completely new creation. And we will have improved spam suppression in this new version, though that is a battle that never ends.

5. We are preparing for another game-feature Beta, tentatively scheduled for December. Our next newsletter will likely discuss the next Beta.

6. Ship of Heroes nighttime is a lot darker than most MMORPGs, so there is a definite extra challenge to playing at night, as shown in this video. Difficulty doesn’t always come from hitpoints and damaging attacks, after all. 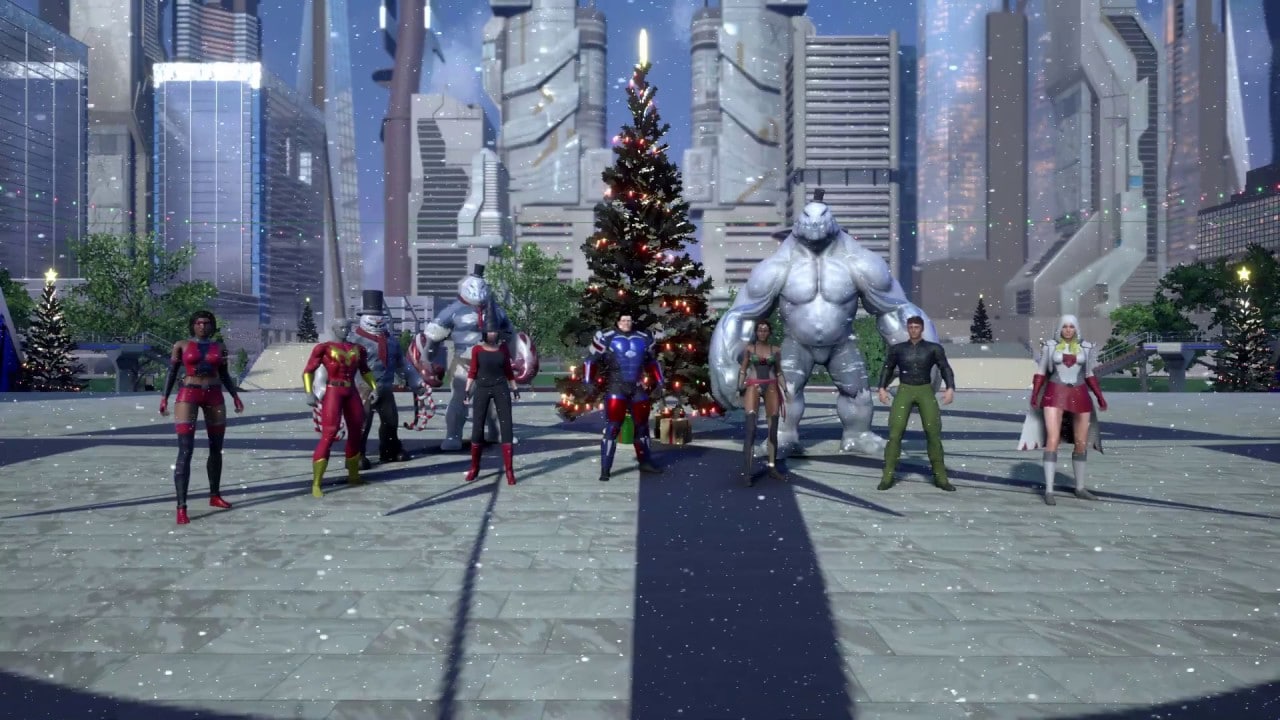 Belated Merry Christmas and Happy New Year! Our successful login tests on December 15th took everything we had, so recording this video had to wait until after the Christmas holiday. But we have some very exciting new game elements to show.

END_OF_DOCUMENT_TOKEN_TO_BE_REPLACED 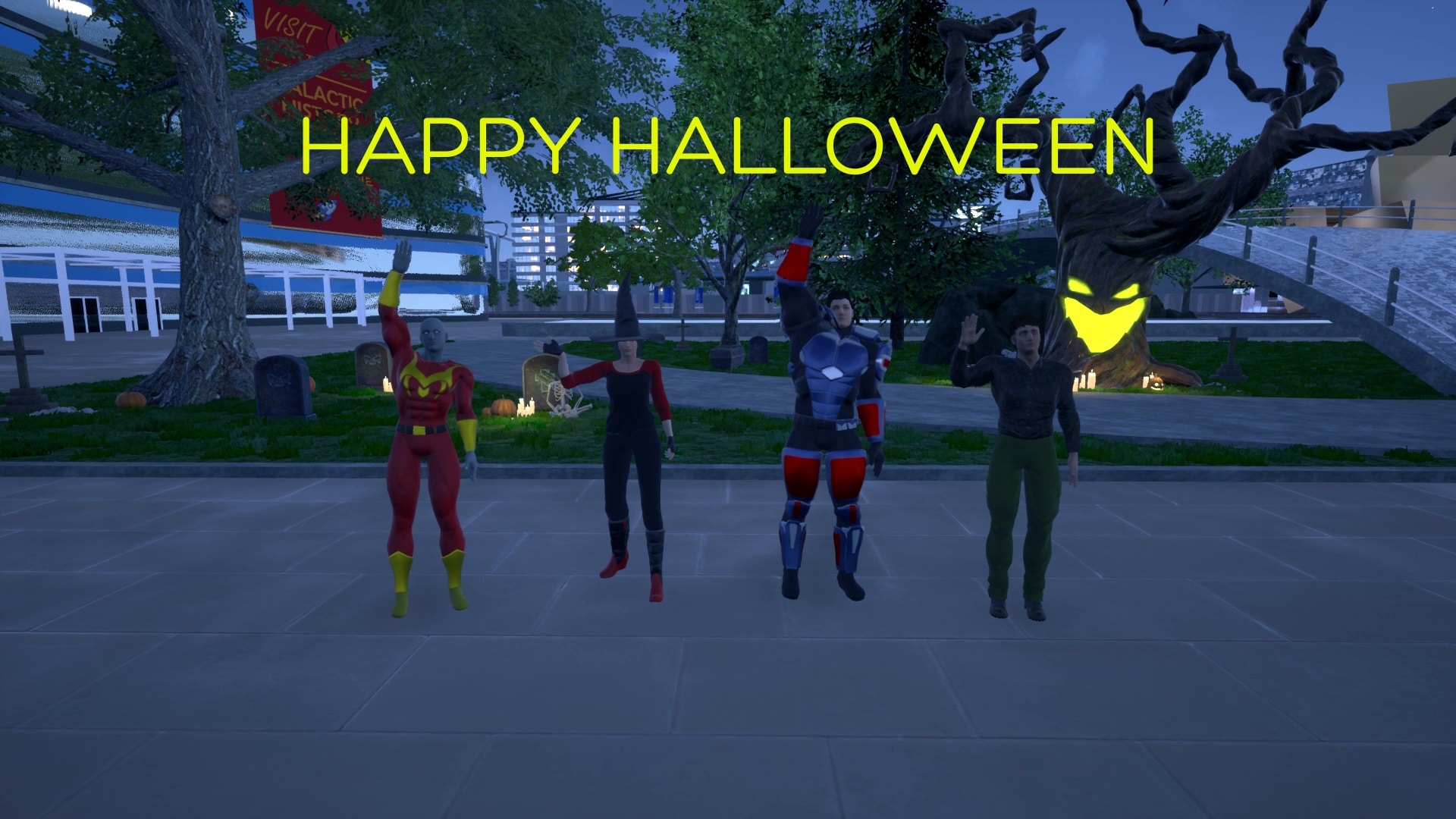 Happy Halloween, Ship of Heroes supporters! The arrival of Halloween kicks off the holiday season for many of us, and Halloween will be one of the three confirmed special event periods aboard the Justice. Last year we showed off the Dark Magic Blast powerset for Halloween, and this year we’re going to demo two mechanics we plan to have after the launch of the game.