One of the things we want to have in SoH is crafting. We've begun the coding to add this feature into the game. But please tell us -- what do you want, and not want, from a crafting system?
Top

All I can say, is I want crafting to matter.

In many mmo I played, crafting does not really matter. The best stuff is gained by forcing people through dungeons, etc. If jobs were correlated to it, that would be nice imo.
Top

Well, if you're going by origin then I'd say that two at the most sounds perfect, seeing as how some origins can overlap that is. If you don't intend for crafting to be in any way related to origin then you can do whatever you like. One or all, it's your choice.
When you defund the police, the terrorists win.
Top

I have said this elsewhere, but crafting should matter. There should be NO BETTER GEAR, potions, boosts, etc than top tier crafted. SWTOR made it incredibly expensive to level crafting, and after many months of work, they'd come out with some giveaway that was better than any crafted item.

I am a gathering whore and a dedicated crafter. None of my guilds ever have second-rate gear. If I had my way, a maxxed out crafter should be able to craft top-tier gear 75%-90% of the time, and of the successful ones, 10% should be augmented (or whatever a 'critical hit' for crafting is).

Also, it should take more than a single weekend to max out crafting. I kind of like the Sims Online method of slowly losing your crafting skill over time if you don't use it.
Top

Agree, crafting should matter. And the best stuff should be crafted.
Top

If you want to encourage player interaction, you could allow only one of the skills per character.

But of course what would happen in that case is that people would just spread the skills to their other characters and move half made items around.

One idea for that would be that certain items need actual crafter groups working together at the same time.
Top

Agreed, best stuff in game should be craftable. I love that idea. Or, it matches, but craftable stuff has room for some additional variation.

On a MUD (text-based MMO for you young whippersnappers) I used to play, the stuff you crafted was equal to the top-tier loot, but you could make it exactly to spec - the description (remember, text-based, so how it looked was entirely up to you) and your choice of bonuses and buffs. I made a decent living in game making people armour to order.

So for SoH, if, say, we have something similar to sets of augments that give small bonuses as a group, crafted sets could pick their group bonuses? So a top end augment and a crafted augment might both do +40% accuracy (or whatever), but the if the set bonus for the dropped augment is +resist and you want +defense then you'll need a crafted one (maybe some basic restrictions like each bonus has to be different).

Regarding the crafting skills, I like the idea of limiting them to one or two per character, but as Pyrion has already said that wouldn't really make any difference because you can have multiple characters. So there is no real point limiting how many you can learn, but if they take a long time to learn then it has a similar effect - people may only ever grind up one or two unless they're really dedicated.

And my final suggestion, combining both these points: crafted augment "sets" are made up of one augment from one of each skill. So to get the maximum benefit from the customisable set bonuses, you've either got to learn all five, or get someone else to make you the others. And for slotting, since we have eight slots, that means you can only fit one "full" set in, or two not-quite-full sets, which makes for another interesting choice (since the available bonuses would be bigger the closer you were to a full set).
[ quantum sufficit / casual-tempest.net / My Combat Mechanics Thread ]
Top

OK, let me try this again.

I disagree strongly with the thought that "crafting should matter". This sounds like a completely different game from what I have supported up to now.

Maybe I have misunderstood. I'm following this thread and hopefully I'll learn more before I make a final decision.
Top

OK, to contribute something hopefully useful.

What I'd like to see: Gear heroes (think Iron Man, for a showcase) who need to craft, but who also have a massive bonus to it and massive benefits from it, to the point where their progression in the game is on a par with other non-gear heroes.

What I'd tolerate: CoH style crafting, where crafting gives you an edge or a modest benefit, and is necessary if you want to stand out from the crowd and punch above your weight class.

What would make me leave and close the door behind me:
Personal crafting or membership in a guild with dedicated crafters is necessary for
-access to all game content
-being accepted in most teams
-reasonably normal leveling speed (within about 15%, I'd say).

So for instance, let's say Pegasus 3 hours a day doing missions and no crafting. Iron Horse spends 2:30 a day on missions and 0:30 on crafting, for a total of 3 hours a day. They both level up at the same speed (or within 15% of each other), that is wonderful and the way things should be. If one of them advances much faster than the other, the game is broken and needs fixing.

I am undecided about specialized crafting characters. Maybe crafting should give XP, but it still won't give you the actual combat experience to handle a battle. Then again, neither does power leveling, and that is a staple in MMORPGs.
Top

This is more of a crafting request, but I digress..

People have been inquiring about a transforming power-set. DCUO & CO have trinkets which change players into enemies within the game in their cash shop. It would be great if stuff like this were craft-able. This would be a great cheat around making an entire power-set based off of it.

How it works in DCUO & CO? Use the trinkets, change into the monsters while gaining all their powers and movements but none of yours. 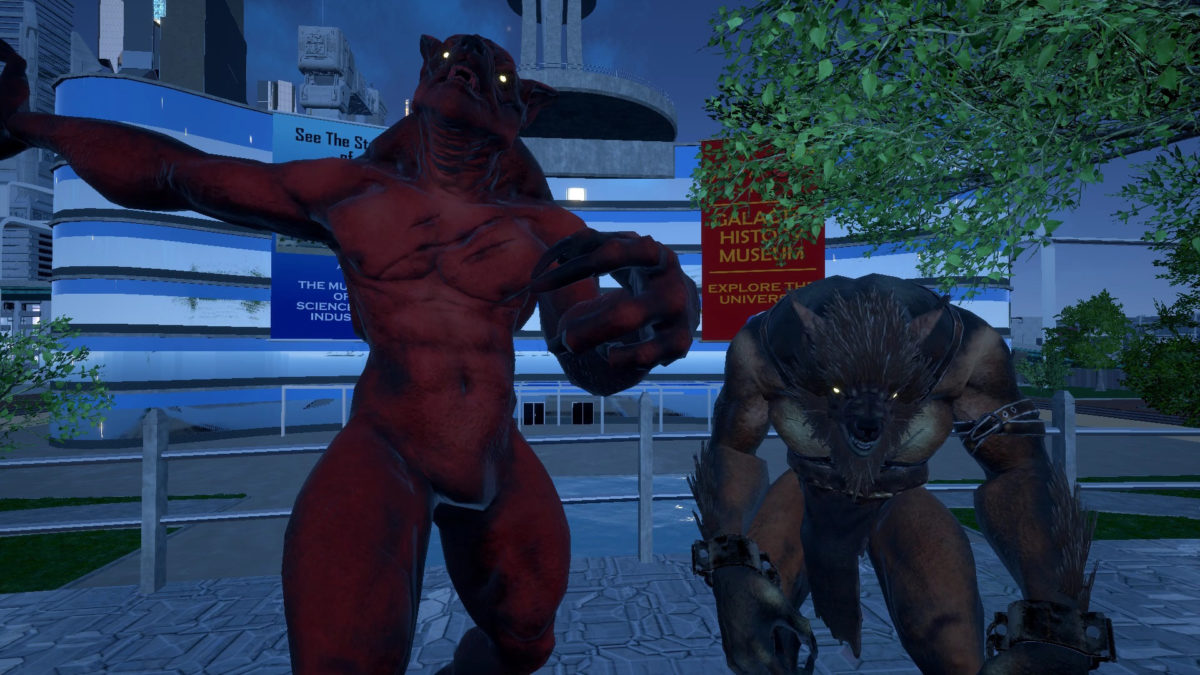 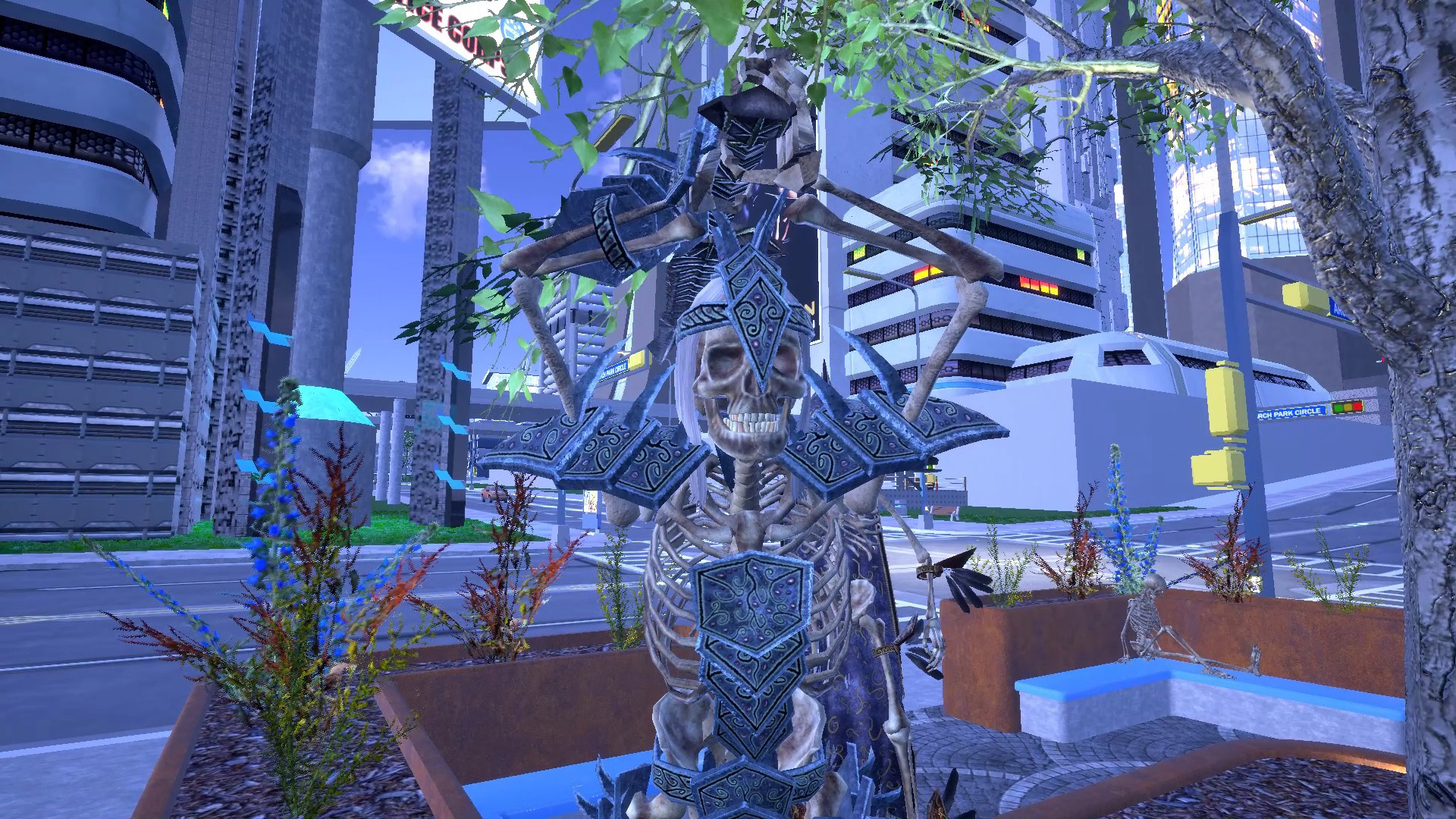 While I have no objection to the idea of crafting, I'm certainly hoping this isn't a primarily gear based game. Something akin to enhancements and the IO system of COH would be fine. Anything like DCUO would make me greatly regret putting money into this game.

As for crafting making the best stuff, I'd say OK to that if it were not the exclusively best stuff. Better to have both crafting and earning as potential ways to get the best.
Top

Any character should be able to learn all crafting disciplines.

Having a requirement for a player to have to switch around characters--or, in some cases, create separate characters for the specific purpose of crafting specific disciplines--only causes a level of frustration and tedium for the player and doesn't add to the gameplay experience. Especially if shuffling of materials/ingredients is involved.

The thing that turns me away from crafting faster than anything else is if there's a mini-game involved to make every single item. The worst offender I've experienced was EverQuest 2, where you had to reactively respond to events with specific crafting skills while the item was being made. Every time, for each item. I much prefer the "click and create" systems like City of Heroes has.

If there's a chance of failure based on relative skill level to the item being created, that's fine. But failure shouldn't be a player dexterity/latency check.
Top

If there's a chance of failure based on relative skill level to the item being created, that's fine. But failure shouldn't be a player dexterity/latency check.

As long as it’s something simple like the more items you crafted the less chance of failure. Until you have a 90% chance of success or better for rare items

IMO, every character should have the opportunity to learn all 5. I would think it should be something like this;

Learning your first crafting discipline is quick, most players master it within the first few levels.

Afterwards, each discipline takes progressively longer. It may take until the level cap reaches 50 before you have the opportunity to learn all of them.

By making it progressively longer, a player has to decide what order they want to make them, since it may take a loooooooong time between the 2nd mastery and the third.
IN BRIGHTEST DAY, OR DARKEST NIGHT
NO SPAM SHALL STAY UPON THIS SITE
FOR THOSE THAT FEED THIS EVIL BLIGHT
BEWARE THE PAIN OF GUARD DOG'S BITE!
Top
Post Reply
21 posts

Users browsing this forum: No registered users and 15 guests