by olepi
One of the most fun things about CoH was the overstimulation, or the fireworks effect. There was so much happening graphically and sound-wise, that your brain would enter saturation. People love this!

Just the opposite of some other games' archer, where you see nothing and hear a simple thwack sound. I hope to have the whole screen covered in colors, explosions, sprays, and other graphics effects.

by Blaze Rocker
I still remember spamming Stone Cages and how their overlap would create rumbling sounds that resembled carpet bombing. Eventually all that noise drowned-out every other sound coming from my speakers during prolonged fights.
It was glorious.

by Consultant
LOL, OK, that's one way to go. And here we've been trying to avoid that effect, but getting it anyway.

by Solari
+1 here - I enjoyed the chaos of the audio-visual overload in big teams. All part of the experience and adds to the frantic combat feel.

You could always limit it visually by dialing down the maximum particles slider if I remember correctly in CoH.

by JestersGhost
One of the things that I've never seen a equal of in any other game, let alone MMO, is the sheer overload of an eight-player team taking on several stacked mobs of full-size enemy groups.

It was glorious. It was epic. It was exciting and awesome and wonderful in a way that combat in any other game has never been.

by Warhead
I remember those alien raids where there were so many people the screen just turned kind of white with all the blast effects going off.


...please do consider an option(s) to turn down/dull/mute/etc. such a thing(s).

I have Misophonia and usually when someone chews with mouth open is when i start to block out ..or walk away.

For some reason Hasten's sound effects kinda had me triggering...well at least doing block out control. Thank the maker it was short but in larger groups the constant spams of it had me at times walking away from the key board.

One particular Rikiti raid everybody seemed to go off at once with hasten sound...so loud and I literally bezerked...something I had not done since '97'ish before I was aware Misophonia was a thing because it wasn't proposed as a thing till the 2000's.

Anyways Misophonia it fairly rare..my point is/was options are nice be it just an FX sound slider or a check box to silence other players sound fx...for those not wanting to hear such things

Red5
...please do consider an option(s) to turn down/dull/mute/etc. such a thing(s).

.. be it just an FX sound slider or a check box to silence other players sound fx...for those not wanting to hear such things

I agree with this. Sometimes it's hilarious, while other times it is nothing but a nuisance. Options for adjusting the levels of the sounds and effects coming from other players is a very good idea.

by Cheesy
I remember having to tone down the colors on my profile. picture 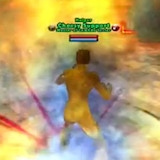