Dark Magic Blast is a powerset that emphasizes that in the 25th century, magic is more powerful, more diverse, and more common than ever before.  Anyone can learn magic, although some are born with more innate potential in each aspect of it than others.  The FHS Justice‘s meritocratic culture is very appealing for mages; not only have quite a few immigrated to the ship, a significant fraction of the ship’s population is interested in magic of various kinds, and a significant fraction of the non-mage population has developed some limited magical abilities through part-time study.  However, the highest levels of magical power generally require years or decades of hard work, intense focus, and continuous self-improvement to achieve.  The Mage Council’s definition is that an aspiring magic user has to spend ten thousand hours repeatedly casting any one type of spell to be considered a full mage; the strongest mages consider that to be just a starting point.

Because of the immense effort required, full-time practitioners generally focus on a single kind of magic, and spend all their time on that one discipline; the prospect of having to effectively start over at the novice level of power to get anywhere in a second field of magic is a powerful deterrent for any mage who has risen to the top in one field already.

Dark Magic Blast practitioners are powerful mages who can deliver damage like any other superhero, but also debuff enemies to weaken them.  Dark mages can fight effectively both alone and in teams – as long as they don’t try to use Promethean cybernetics.

Dark Magic Blast is a long-range powerset. It is, a primary powerset for the Devastator class, and a secondary powerset for the Support class. The powers include a balanced mix of ranged single-target and AOE attacks. Most attacks have the secondary effect of accuracy debuff, though the set also currently includes one slow, one damage over time, and one immobilize effect. At least one life drain power and one energy drain are under consideration for the future. There are currently three self-buffs: Dark Shroud, Concentrated Darkness, and Photon Absorption; two enhance defense, and the third is a damage buff. The devs believe that after the balancing phase planned for just before launch of the game, Dark Magic Blast will provide both a good solo combat experience and a good team experience, especially in boss fights. As always, all of the powersets shown will continue to evolve over the next fifteen months as Alpha activities provide tester feedback.

This is the fourth full powerset to be revealed for Ship of Heroes, and the first in which the FX and animations were made completely in-house by our own team members.  We believe that custom FX and animations are superior to those acquired from packs, for balancing quality against the resource limits inherent to an MMO.  The FX, SFX, and animations shown in this video are works in progress, and our professional FX and animation personnel continuously review and improve what we’ve built already.

We have now shown gameplay footage and videos of approximately 60 superhero powers. This count includes 10 from the Fiery Blast powerset, 12 from the Street Sweeper powerset, 10 from Lightning Blast, and 10 from Dark Magic Blast, in addition to partial reveals from other powersets like Mystic Healing, Energy Melee, and Sword Melee.  Creating powersets that actually function in-game, and have the right primary stats, and also deliver meaningful secondary effects that are distinct for each powerset is quite complex.  Getting the FX and animations to sync, to look good, and to be varied also requires a lot of skill.  There are two main reasons we show these powersets before they are fully polished and ready for launch: we want to get community feedback on our forums, and we want to share our exciting progress in coding a great new game. 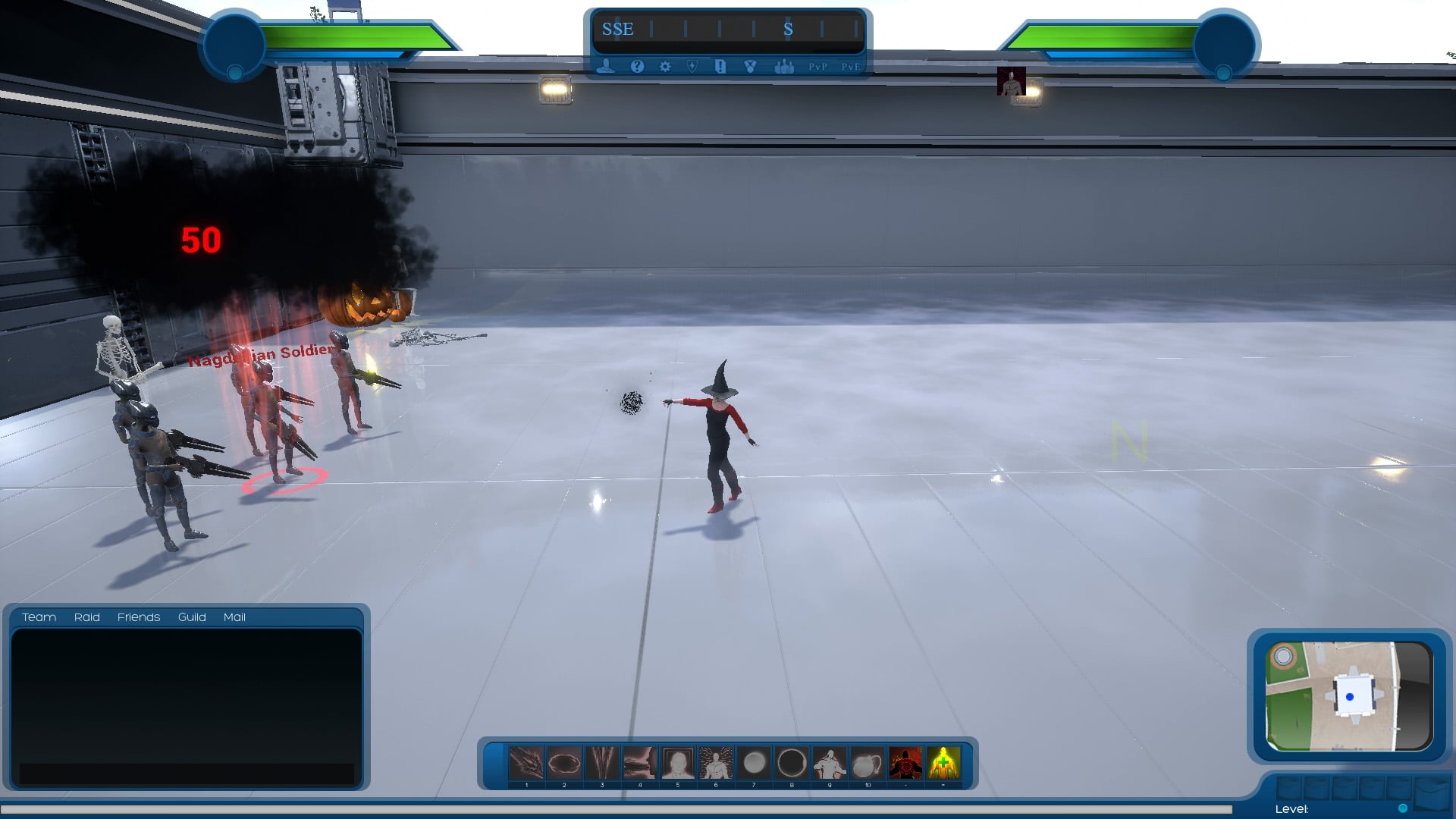 Since magic is a major theme of Ship of Heroes, you can expect to see other magical powersets in the future.

In the video you can see that the animations are custom to the powers, and that the FX is carefully timed to each animation.  This is only possible when an FX professional works with a professional animator – the same effects cannot usually be achieved by purchasing animation packs and FX packs, and then applying them to a character model.

For example, at approximately 1:37 in the video you can see the power Darkness Bombs.  This power requires the body motion, almost kneeling, and the rapid hand motions associated with throwing the balls of dark energy at the target.  Another example is a power like Photon Absorbtion (2:49 in the video); it is very specific to the character model.  In fact, all of the animations shown in the video are specific to the female character model, and need to be tweaked before being used with the other character models in Ship of Heroes.  Finally, all of the powers are made with a recognition of a bandwidth budget for FX and animations.  We will use the next year to refine the FX, so that we can minimize lag while giving a good experience in gameplay.

In November, our intent is to show the full version of one of the powersets that were partially shown in previous combat videos.  These effects will be upgraded using our new production processes. 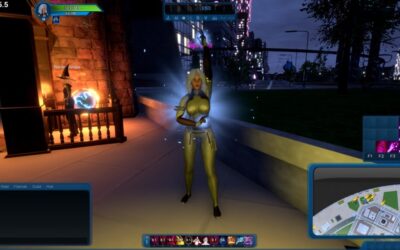