We’ve been conducting dev-only Alpha runs, and we’ve realized that it would be easier to show some of the features we’ve built recently in a special video, than to ask our supporters to try to figure them all out from normal combat footage. In this video, you’ll see that Meltdown is invulnerable, and can kill enemies in one hit. That’s not the usual situation, but it is useful for showing off the new features.

In the video, you can see the colors currently being used for enemy level identification, from light green for two levels below the player to purple for 4+ levels above the player. We expect to make changes to these features based on feedback from the Alpha, but this is the current state of the game. 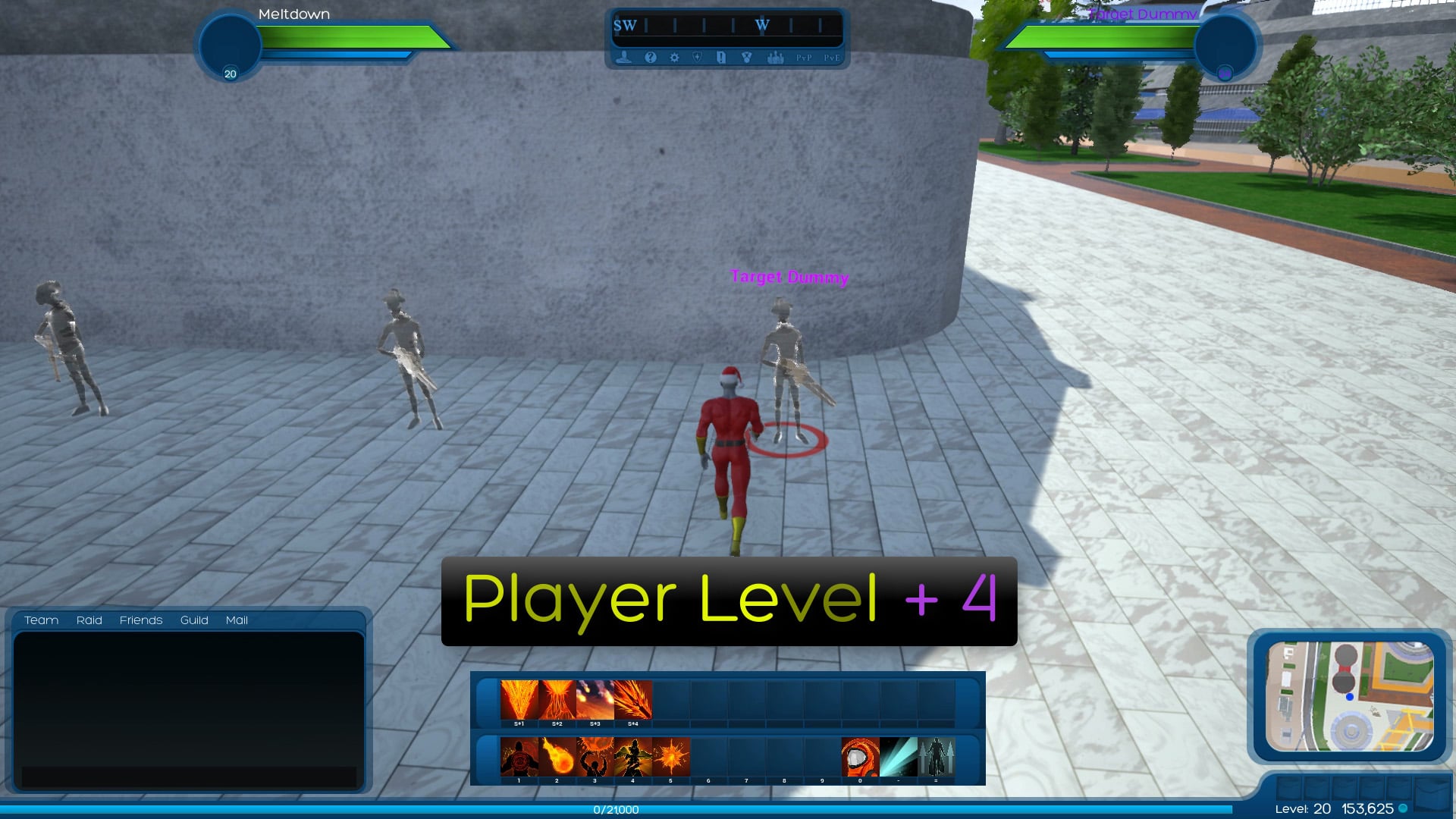 Enemies are color coded to show their level relative to any player.

Also, we’ve implemented a collection of UI improvements. Meltdown now has two power trays, and the player can choose how many powertrays to have. While we don’t show off every option in the video, each powertray is now individually moveable to anywhere on the screen and lockable, and can be vertical or horizontal. Many UI elements can be reduced in size; full size is shown in the video. Also, in response to some requests from the Ship of Heroes forums, players can now invert the X- or Y- axis of their mouse.

The area you see in the video is the starting location for the upcoming combat Alpha runs. This spot is in the Science Park area of Apotheosis city. It is the respawn point for defeated heroes in the Alpha, although we have coded an in-combat resurrection power. You can see the icon for rez in slot number 11 of Meltdown’s lower powertray (above). 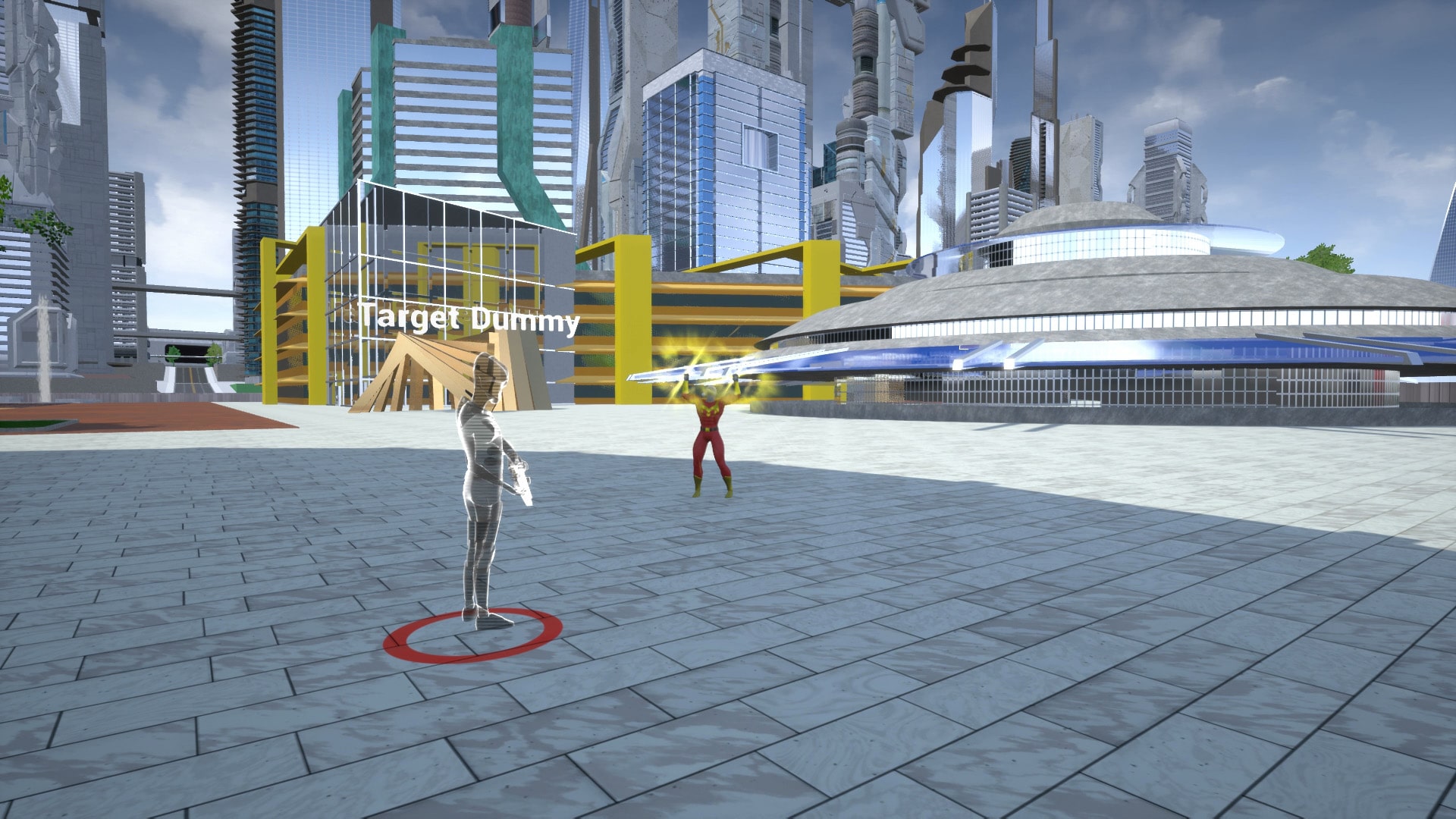 The escorted Alpha tours will take place in the Science Park area.

We’ve upgraded the tab-targeting system to not only take into account the closest enemy, but to also give preference to enemies that are in front of the character, using a forward cone of vision. In addition to manual targeting by the player, the game also auto-targets your next enemy when you have several close to you. The auto-targeting shifts a player’s target to the next enemy, but does not rotate the character until the player attacks that enemy. A player can tab-target at any time and select a new enemy, or simply click and launch an attack. You can see these features in a controlled situation with target dummies, and then in a larger mob situation – good thing Meltdown is still invulnerable! 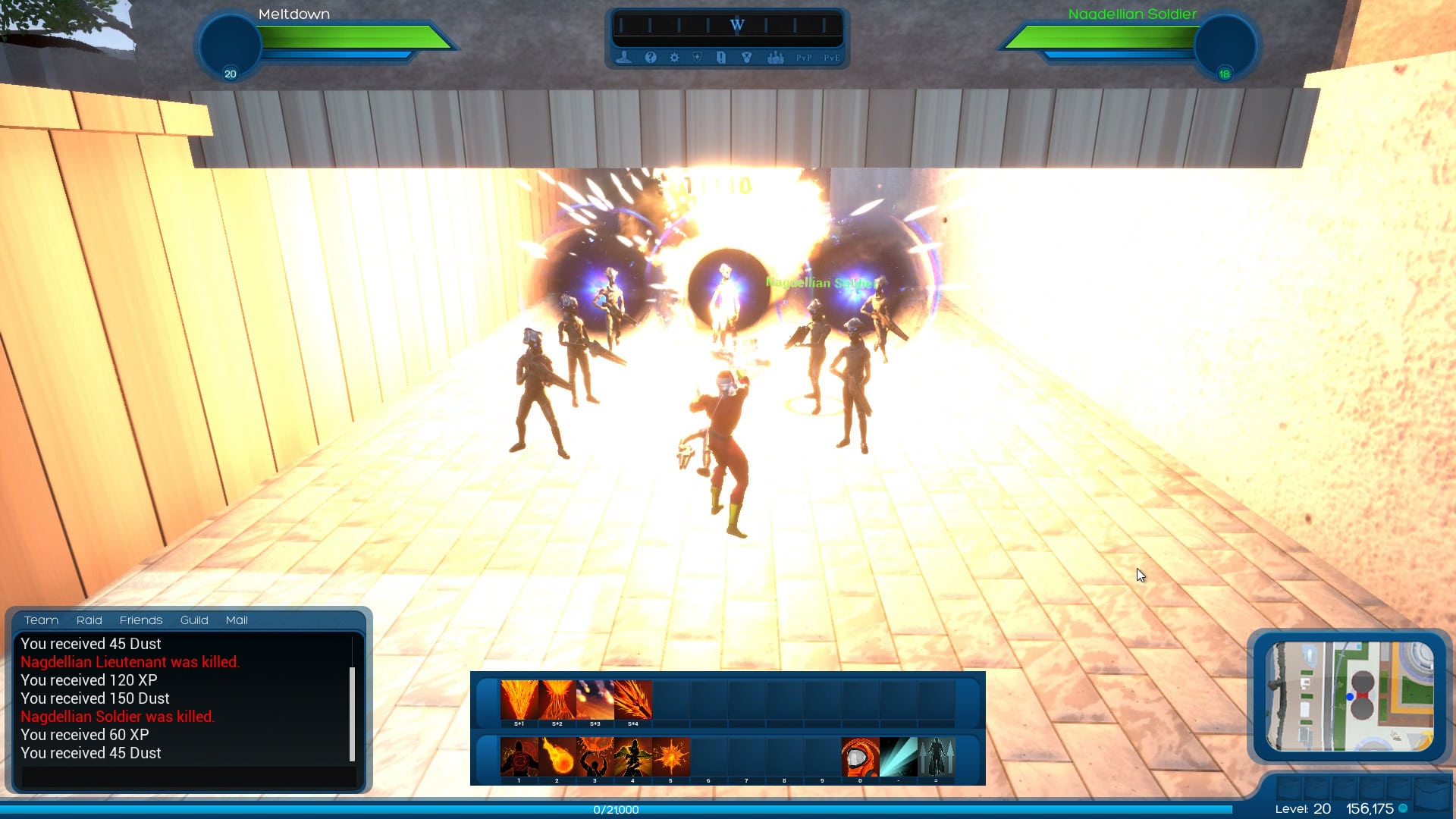 Auto-targeting is especially important when fighting a whole mob of enemies.

We’re going to be showing a small set of team-based fights as our escorted Alpha begins in the next week or so. Again, we wanted to share a few of these improvements in advance, so that the community can clearly see what we’re doing. As always, nothing is set in stone. We’re happy to make changes based on the discussions in our forums.

This is a short technical features video designed to make it easier for our community to give us feedback on the upcoming combat Alpha video and livestream. We will be recording the Alpha in a packaged version of the game, as we usually do.

We have added a wide variety of features to SoH in order to facilitate combat.  Many of these were taken from requests of suggestions on our forums. 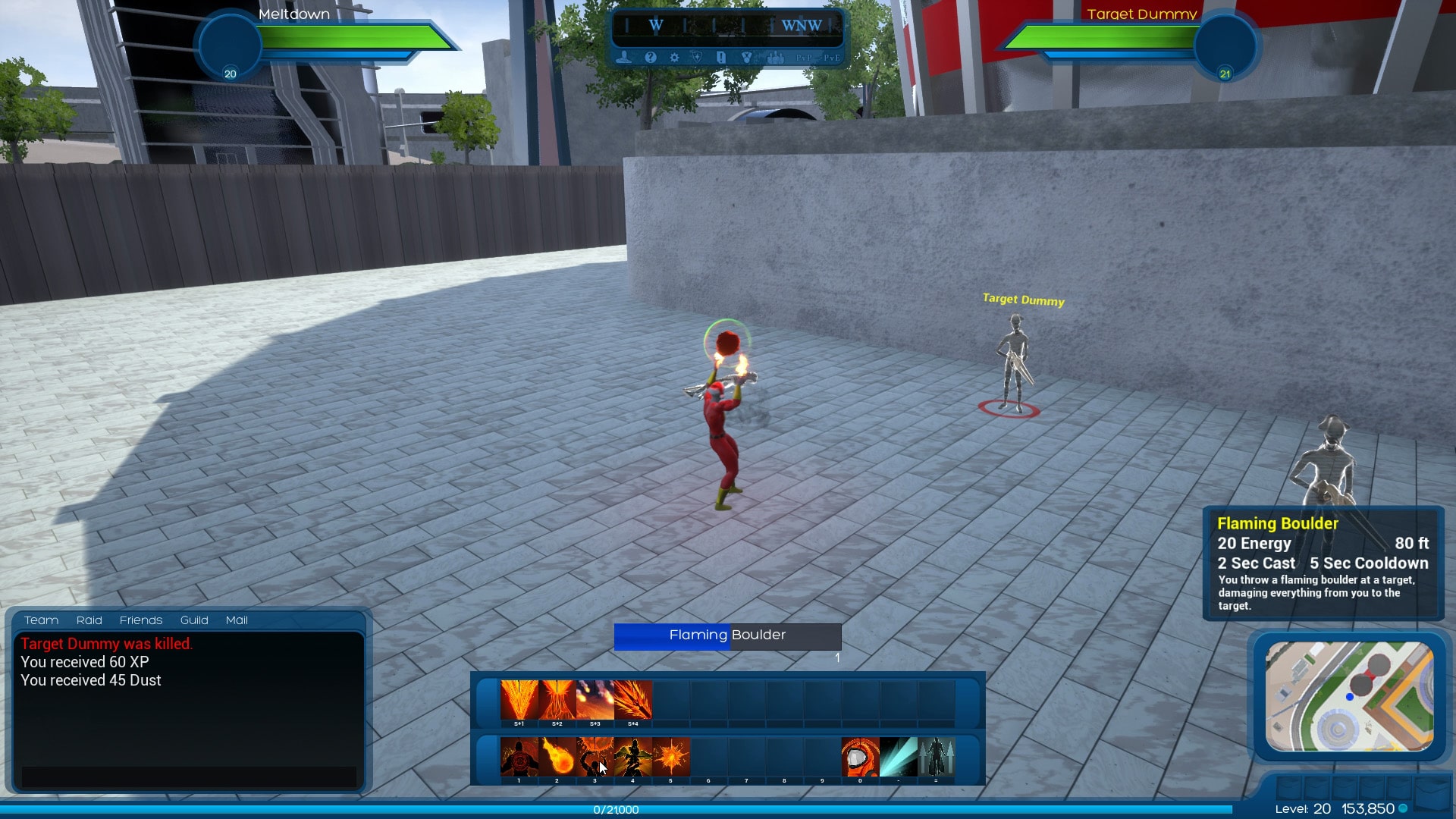 Meltdown automatically retargets the next enemy. UI upgrades are shown.

The next major event on our milestone schedule for 2018 is to upgrade from 4.16, our current Unreal Engine version, to 4.17 and then 4.18. That will allow us to continue integrating the engine improvements Epic Games builds. After that, we will likely begin planning a closed raid test using a mix of supporters and devs. 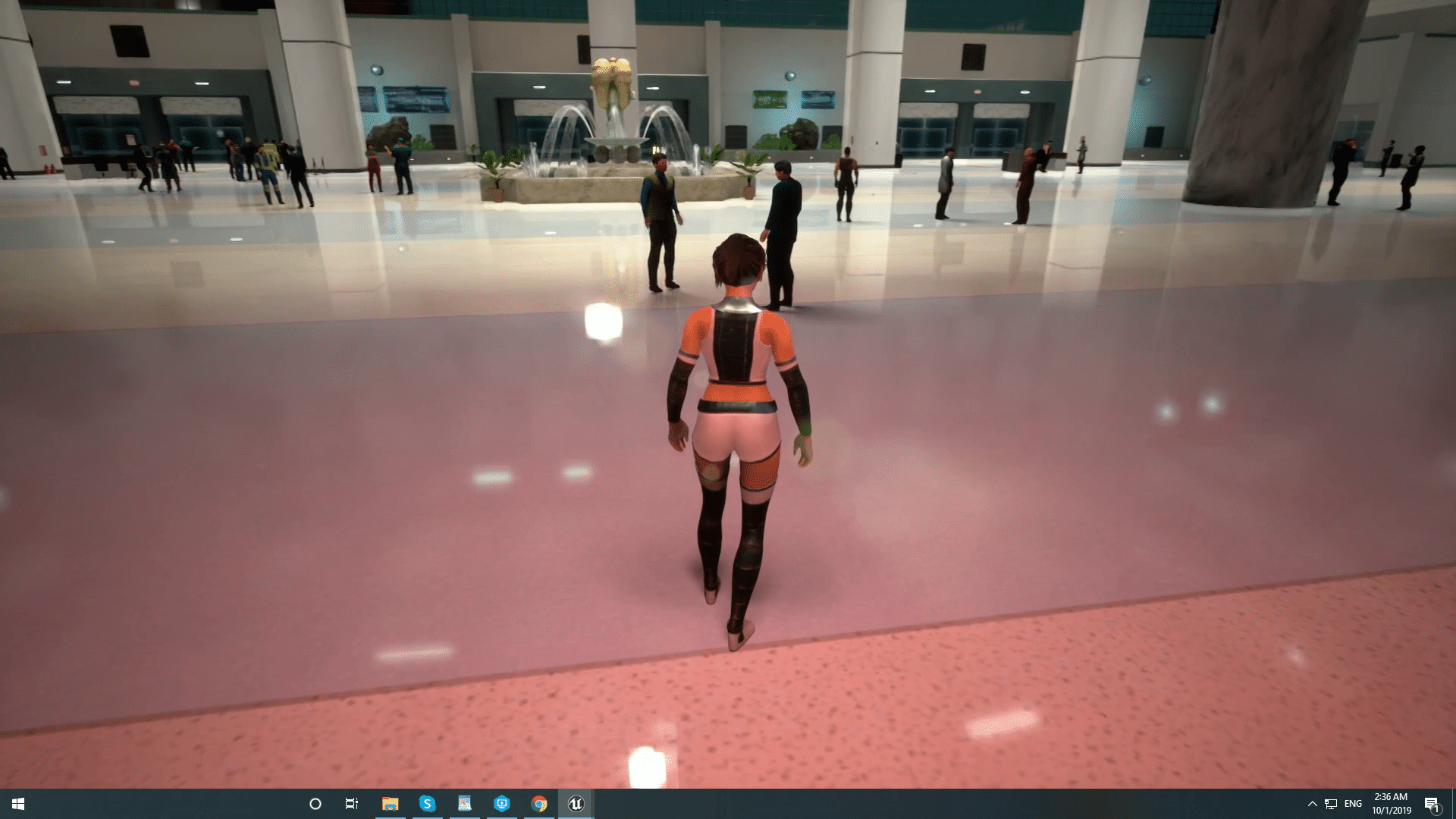 Hospital Video for the CCT Beta

The next big thing we’re working towards is the upcoming character creator Beta for Ship of Heroes. As part of the CCT Beta, you’ll be able to run around in Apotheosis City and see how things look for yourself. One of the places you’ll be able to visit is the hospital, a critical place for both players and NPCs alike. The hospital will be a permanent addition to the map of Apotheosis City, and will be open to all players.

END_OF_DOCUMENT_TOKEN_TO_BE_REPLACED 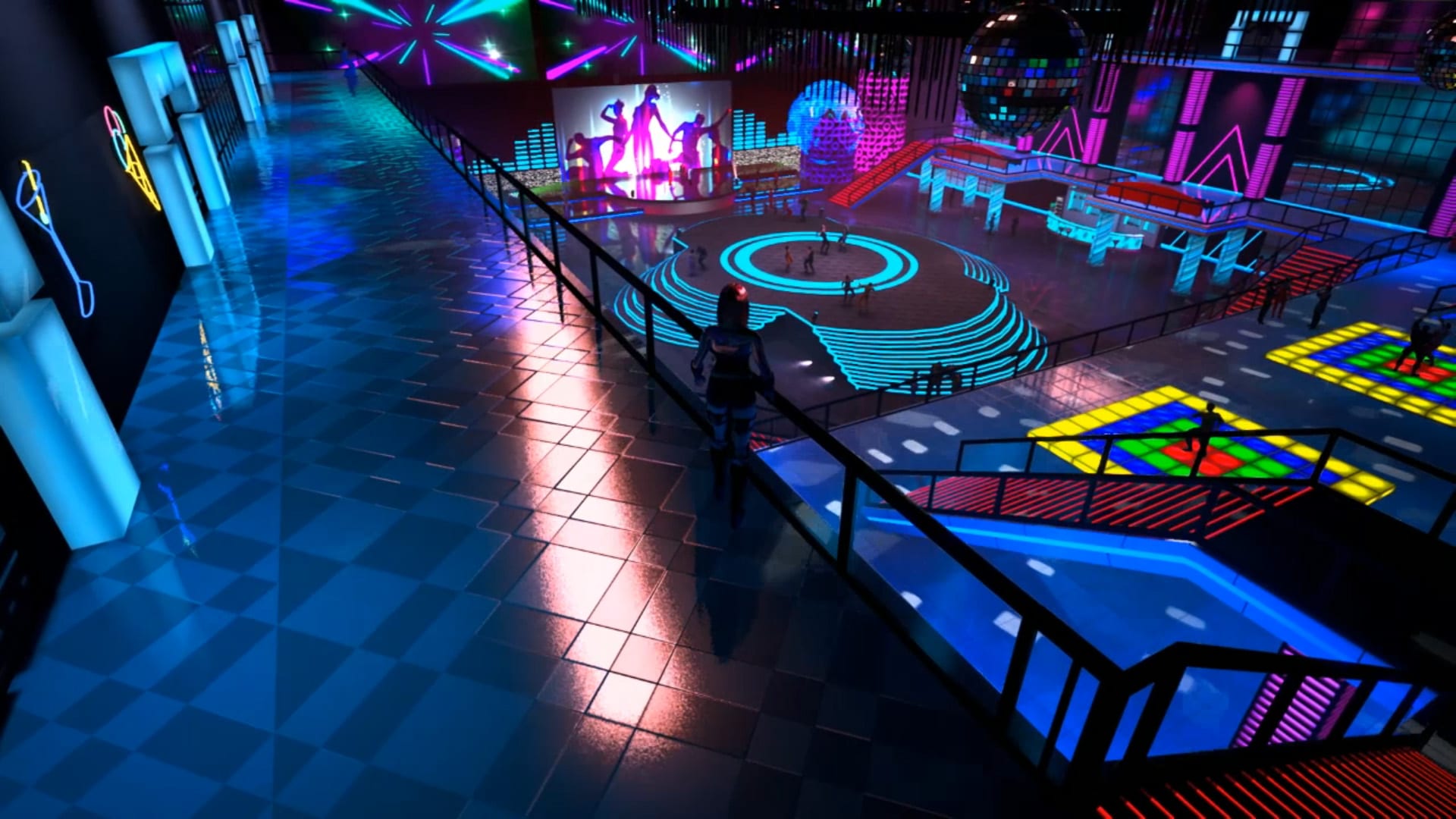 The next big thing we’re working towards is the upcoming character creator Beta for Ship of Heroes. As part of the CCT Beta, you’ll be able to run around in Apotheosis City and see how things look for yourself. One of the places you will be able visit is the Beta Club, named for the CCT Beta.

END_OF_DOCUMENT_TOKEN_TO_BE_REPLACED 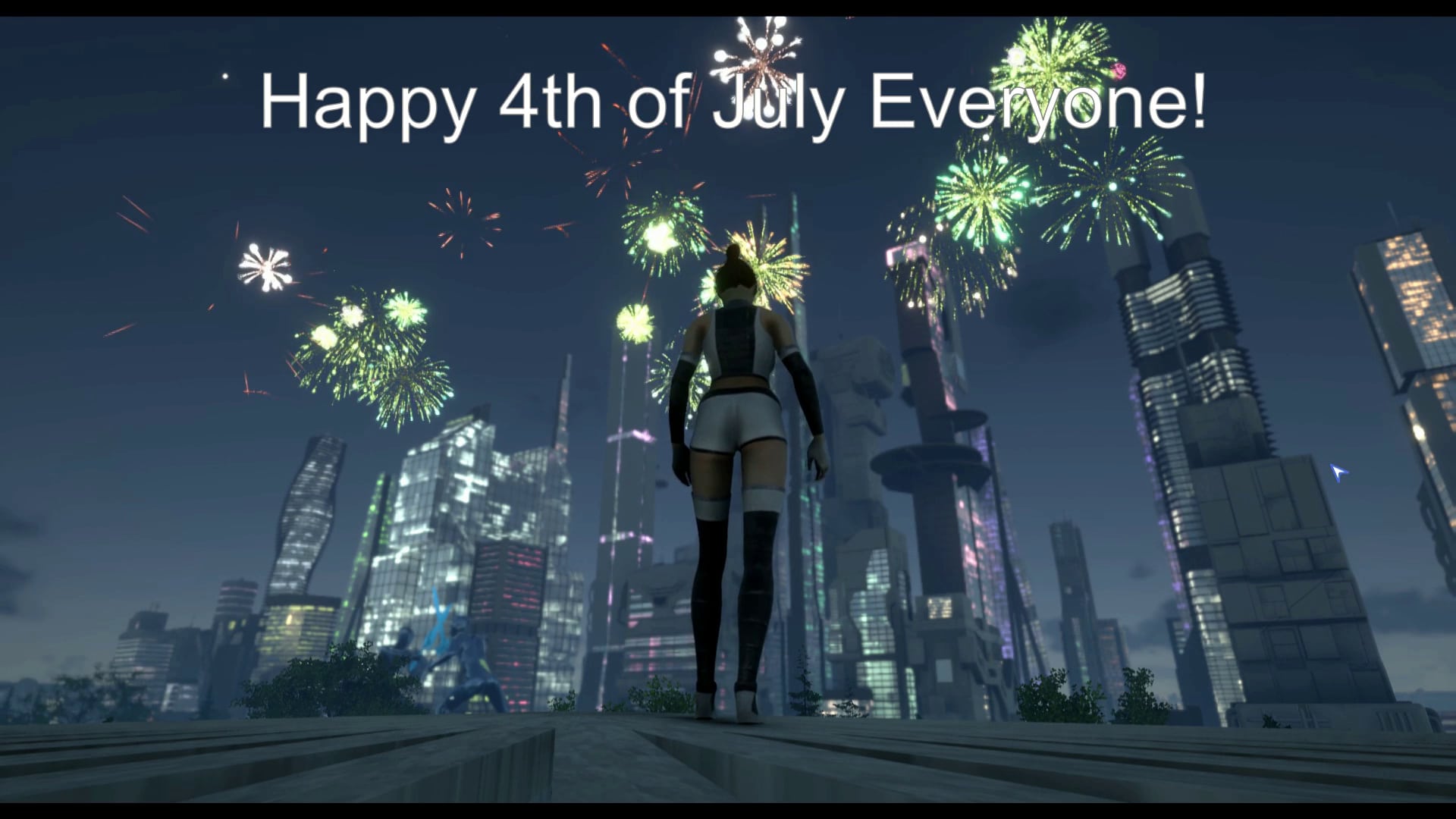 Snow Drift in front of the Ivar & Sons auction house.Nighttime in Apotheosis is looking better than ever; we’ve added more lights and adjusted the ambient light level a little. More importantly, Ivar & Sons’ auction house is now open for business, and the entire area...