Belated Merry Christmas and Happy New Year! Our successful login tests on December 15th took everything we had, so recording this video had to wait until after the Christmas holiday. But we have some very exciting new game elements to show. 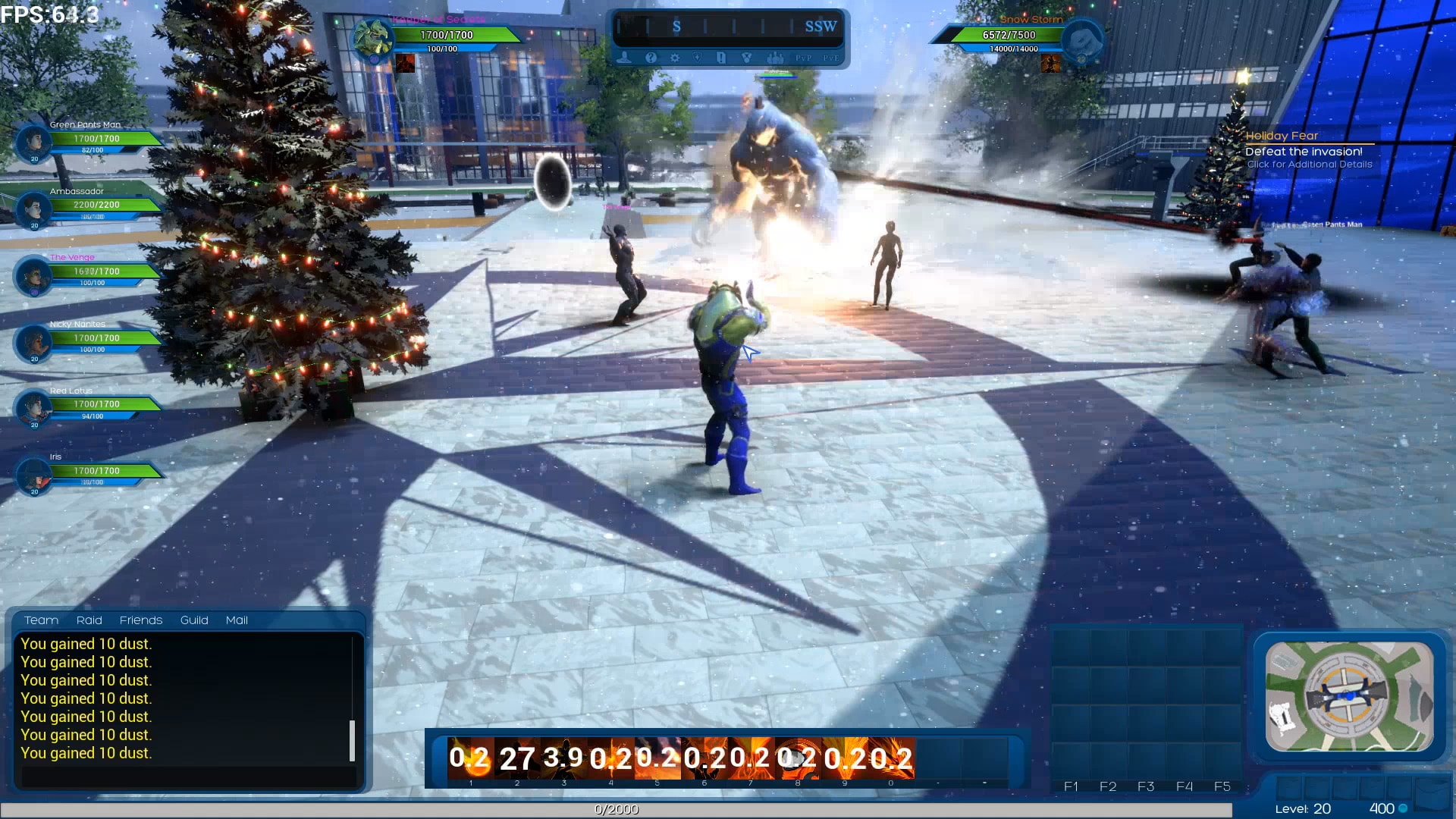 First off, this is our first holiday giant monster fight. In keeping with the grand tradition in MMOs of having lighthearted holiday event monsters, we’ve made a fun addition to our growing body of Christmas-themed content. These wintry invaders can teleport right into the center of Apotheosis City to cause chaos. Their attacks occur in waves. When the first group of monsters finds more resistance than they can handle, they call on ever more powerful allies for help. 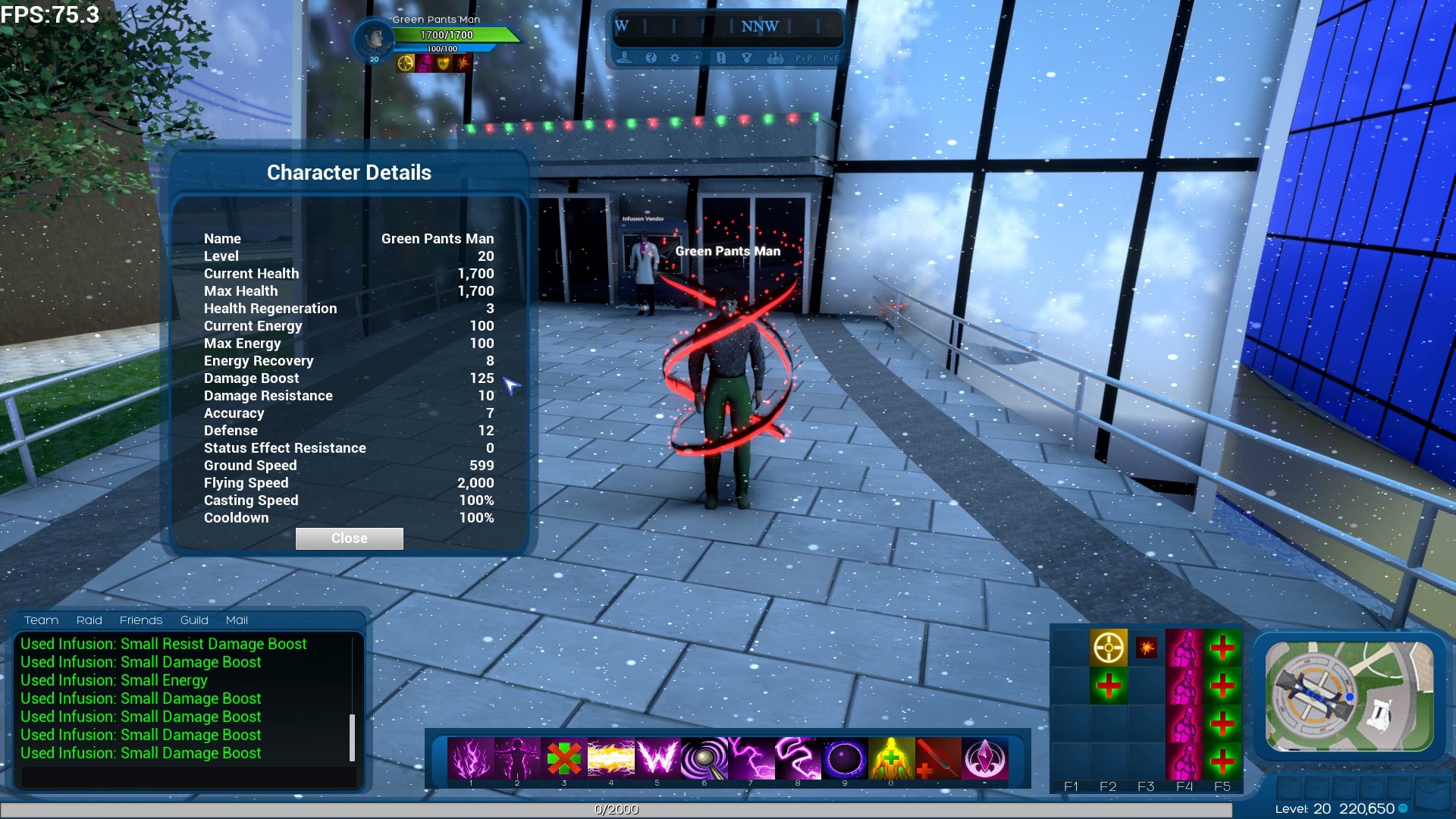 In the lower right, you can see a new gameplay element – a tray for inexpensive power boosts called infusions, which temporarily increase a hero’s stats during combat. Buying from and selling to npc vendors is now fully operational in-game, and we also have the code and FX for the first infusions. Our devs got distracted by the exciting combat, but we show Green Pants Man buying and using a few infusions afterwards. Infusions are an important game mechanic, especially when battling enemies that would be too strong for a player or team to engage otherwise. The ones shown here all have single effects, but we plan to add more advanced, craftable infusions in the future.
Battling giant monsters is work for a team in Ship of Heroes. A single hero, no matter how powerful, is quite unlikely to be able to defeat a giant monster alone. In fact, only the toughest can even survive such a fight for long; we had to include two healers on the team, as one wasn’t enough. The smaller ice creatures are less dangerous, but they feature a candy cane AoE attack that’s specifically built for their unique enemy model.

These ice monsters are particularly tough in the current Alpha build of the game. Not only do they have strong attacks, they also have control powers and knockback, which we’ll show off more clearly in the near future. It takes a while for seven heroes, including six ranged-damage characters, to kill the final boss. Even Ambassador doesn’t want to fight final boss alone!
In January we’ll be focused on upgrading to a new engine version, but we’re also planning another event for Q1, which will be open to many members of the community. So stay tuned, and keep posting on the forums, Facebook, and YouTube. And if you can, please donate. Your donations make a big difference in how quickly we can create Ship of Heroes. 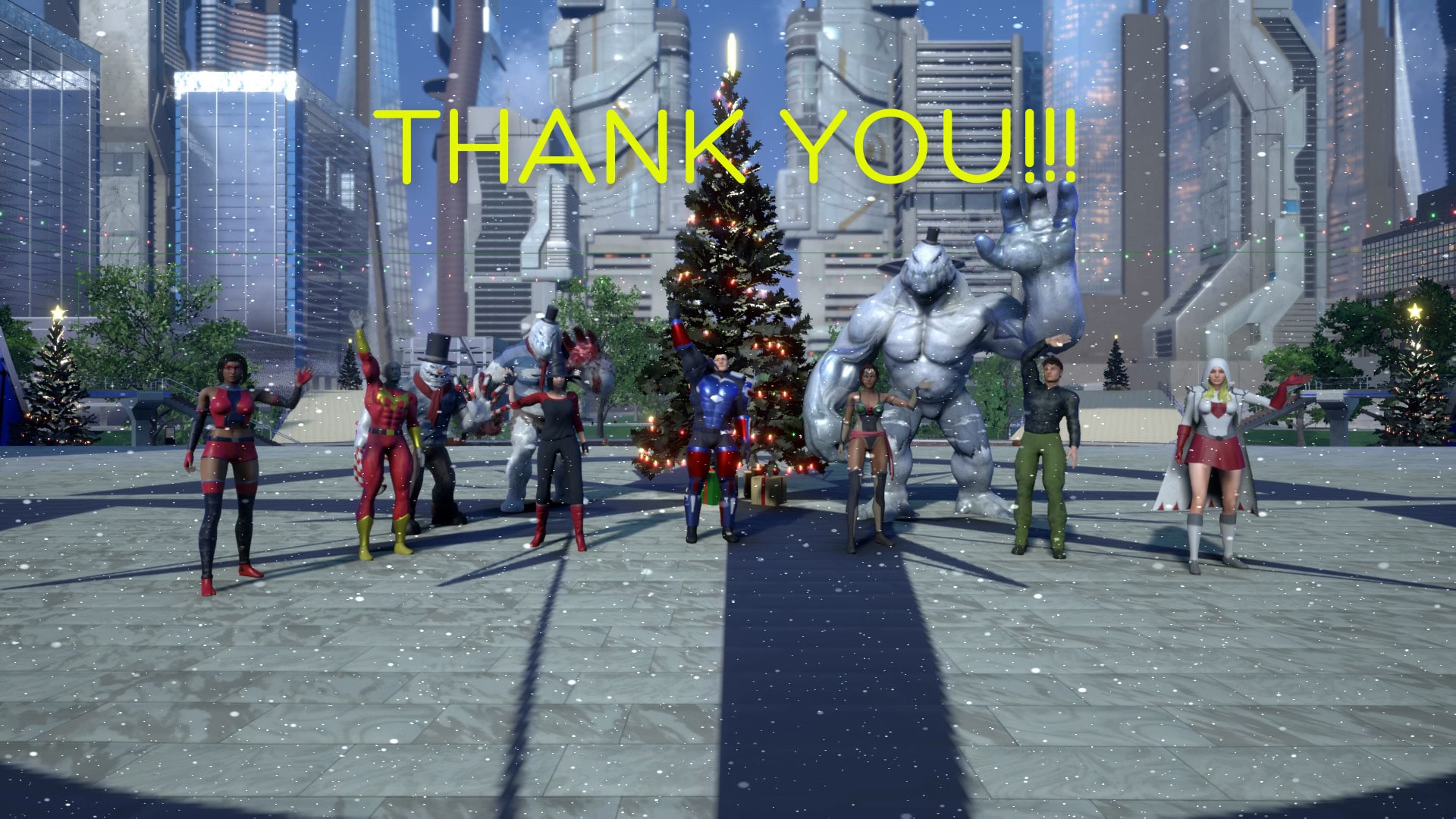 The monsters shown in this video were created specifically for Ship of Heroes by noted 3D artist Robert Brown. We’ve added them to the growing pool of assets we can use to create future Christmas events.

Holiday gifts are visible in the video – this is our way of demonstrating that the code and features from the 2017 Christmas video have been integrated into our game, along with this new material. Integration of content isn’t easy, but it’s a key part of producing a good MMO. 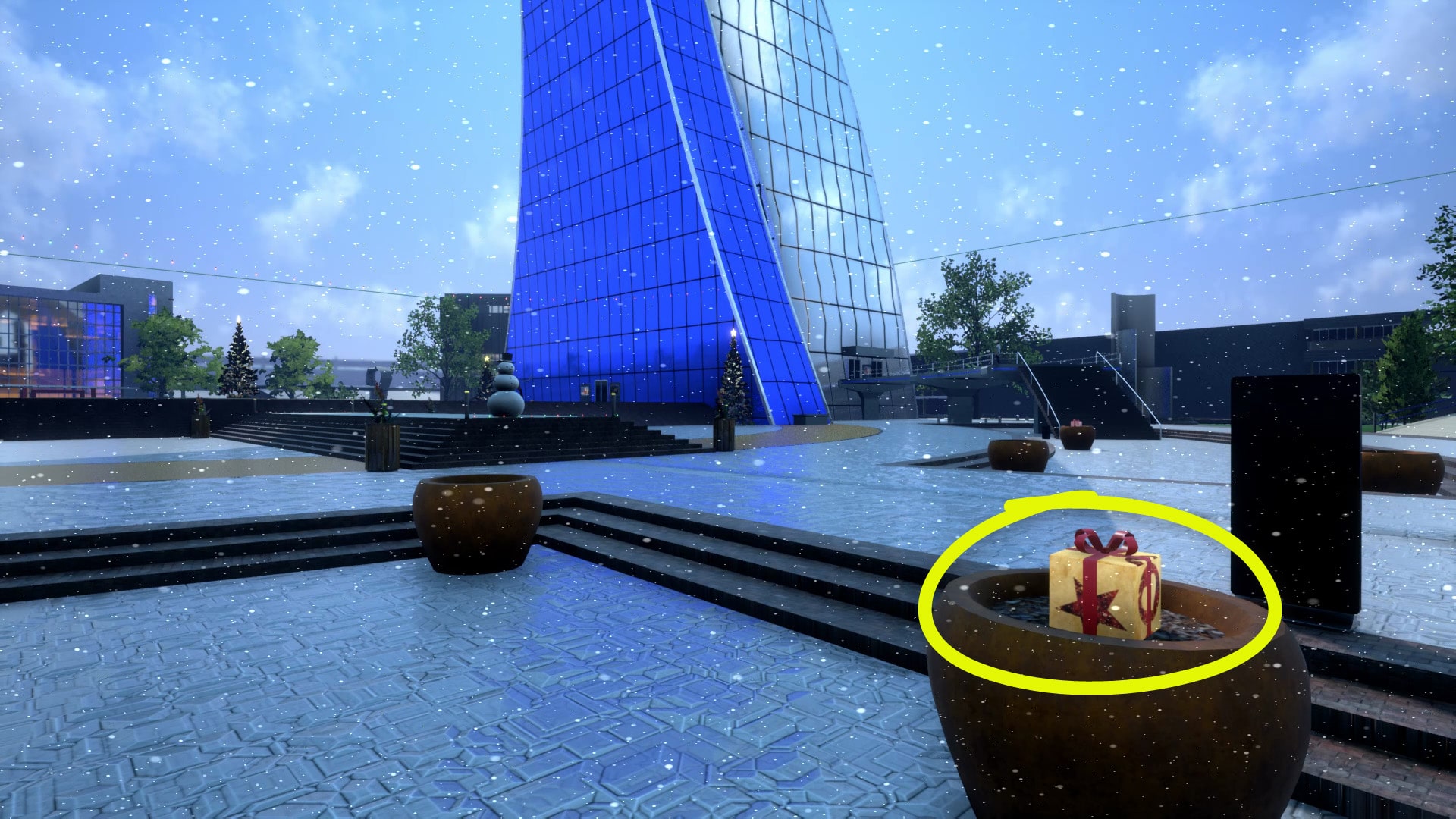 Glowing Christmas gifts in the city are part of the holiday event.

Ship of Heroes is made in the Unreal Engine; we’ve been using version 4.18 since March. One of the first tasks for the development team in 2019 is to upgrade the game to version 4.20, which is expected to provide us with a variety of useful tools.

Once again, we’ve left the Unreal Engine FPS meter running in the background while recording this video. Video segments are taken from multiple recordings by the various players who are participating in the battle, so FPS numbers may jump around a bit, reflecting the different computers and Internet connections being employed. 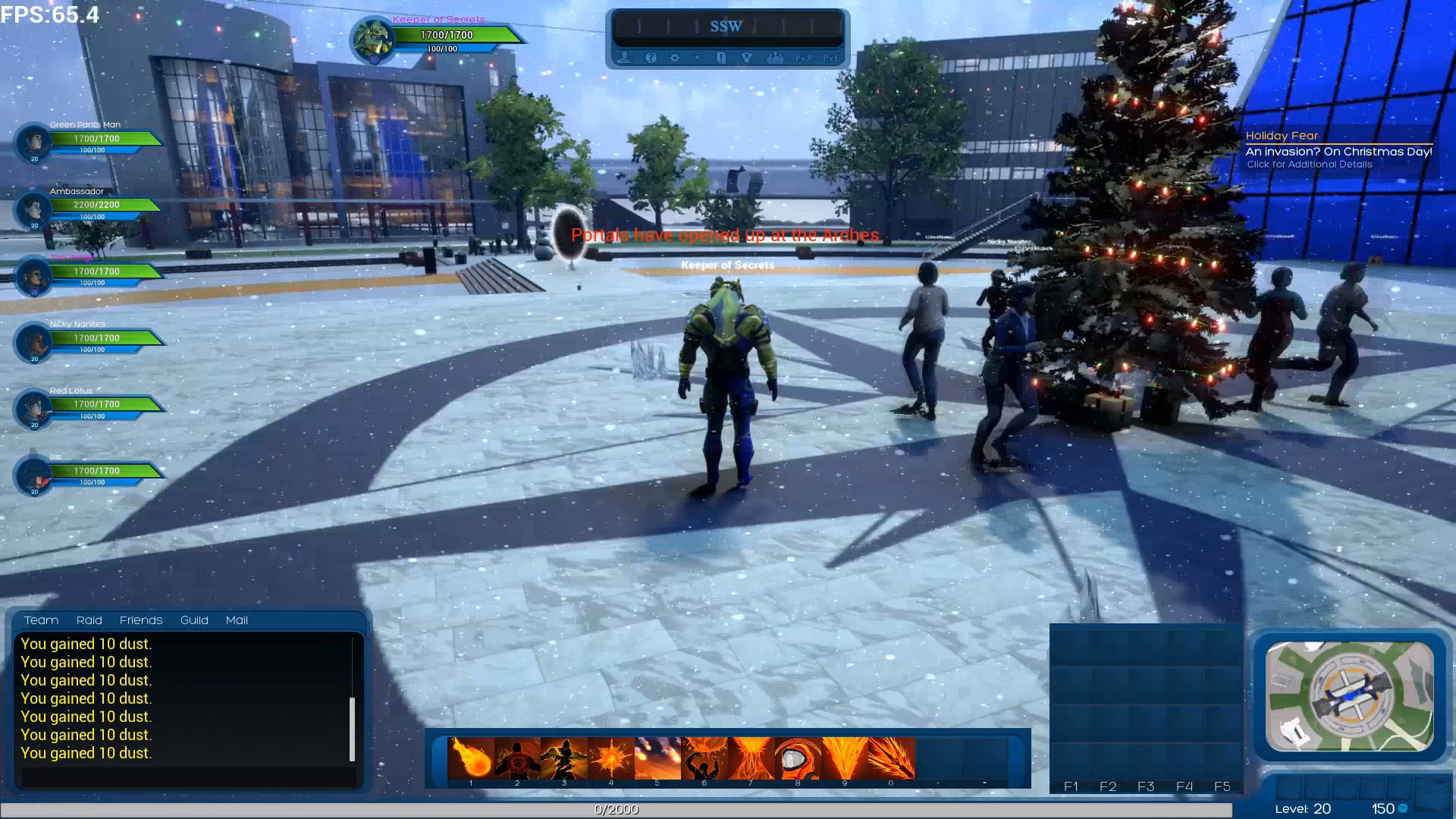 FPS meter in the upper left, and also the portal through which monsters can invade (center).

The monsters appear through teleportation portals, which we have shown in the past. Note that the NPC civilians immediately recognize the portals and flee, as unarmed civilians would in any sensible city. This is a coded feature of the public event portion of our mission system. Public events are essentially missions that are open to anyone in the physical area where they occur; they are not team-locked or instanced.

You can see our first vendor in this video – he’s been temporarily placed onto one of the ramps under the Arch. This one sells our first crop of small infusions. Buying and selling with vendors now works in-game. 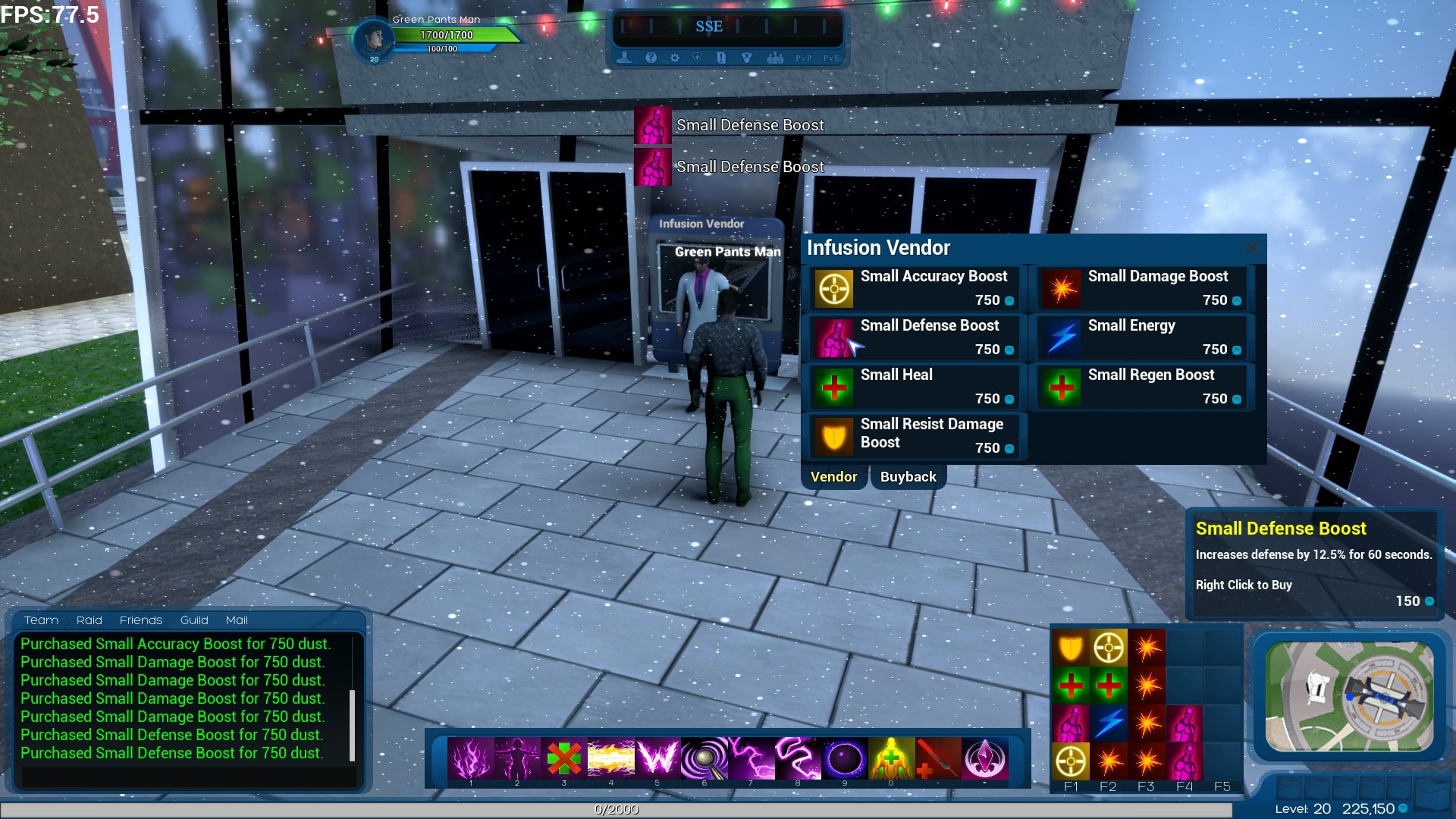 Buying some infusions so he’s ready for the next boss fight. Infusions will also randomly drop for free during combat.

The infusions work as well. Each infusion provides a short term boost to some stat, such as health, energy, defense, or resistance, or it makes a change in the characters’ situation such as resurrecting a defeated player or knocking down the effects of holds or immobilizes. This means the infusions directly adjust in-combat stats. The tray holding the infusions is in the lower right of the screen.

Those watching closely will see that we gave these monsters some new powers, ones not previously seen in SoH. The biggest monster has an immobilize power with an ice effect on the ground, so only the tank runs in close. We thought that would be fun for the community to see, since we have both of these and other powers coded successfully into our powers system.

The FX in the game were produced primarily with PopcornFX, an advanced program also used in modern superhero movies. Some Cascade particle effects are also visible. We’re borrowing a few FX from the ice controller set we plan to show early in 2019. 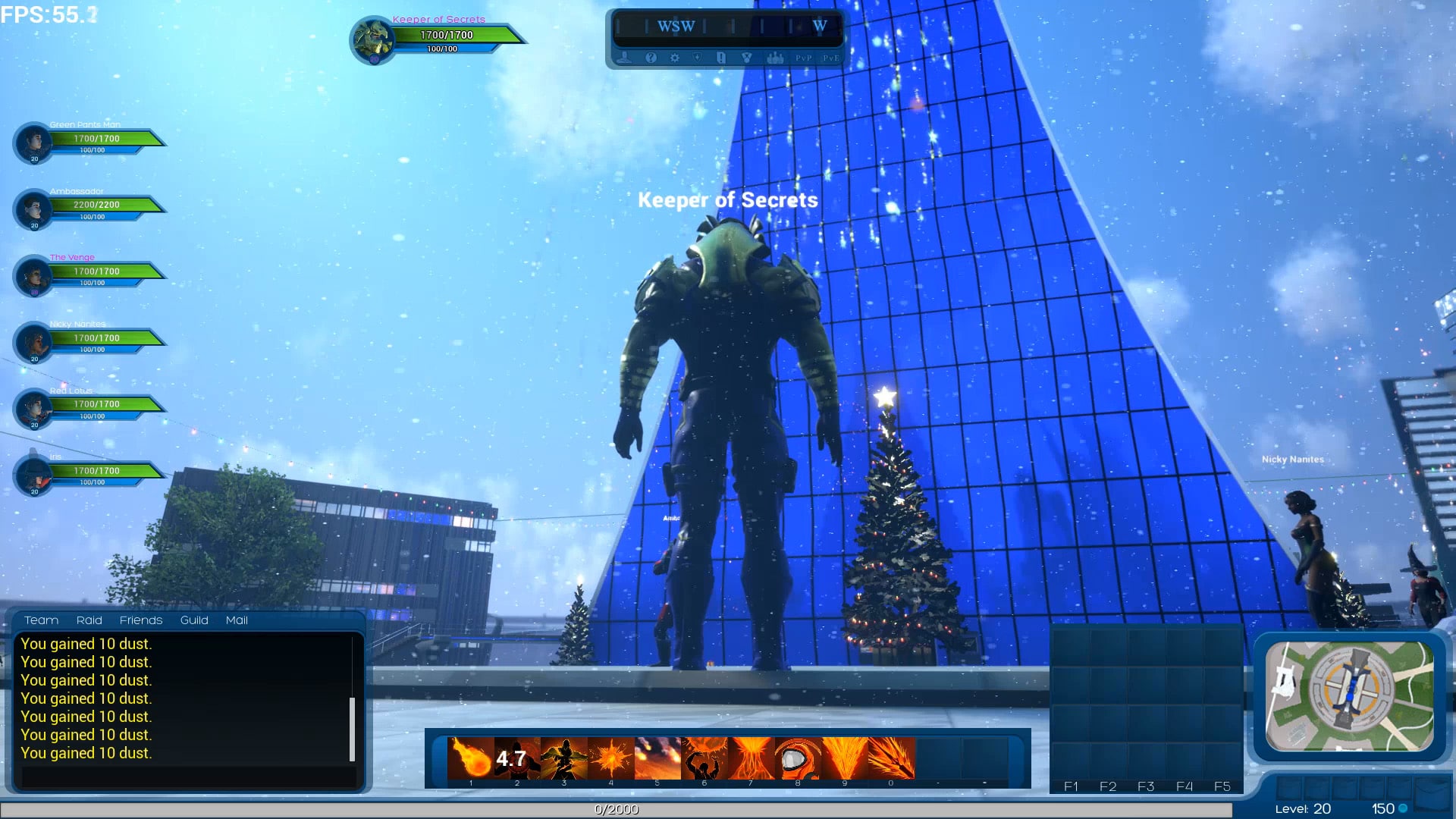 Victory fireworks were created with PopcornFX

Quite a few minor bugs have been fixed, including some that were identified in the login tests we conducted two weeks ago. One of these is the camera position, which now zooms towards the player’s shoulder, not towards the waist.

We recorded the video in a packaged version of the game, as we normally do. The snow in the video was produced in-game, and also as a post-processing effect, depending on the player; for devs in this video, it could be toggled on or off. We do not plan to launch the game with weather effects like snow or rain. We used IBM Softlayer for the server hosting for this video.

With publication of this video, our team turns to 2019 with the expectation that we will continue to make rapid progress on the construction of Ship of Heroes. Your support is very much appreciated.